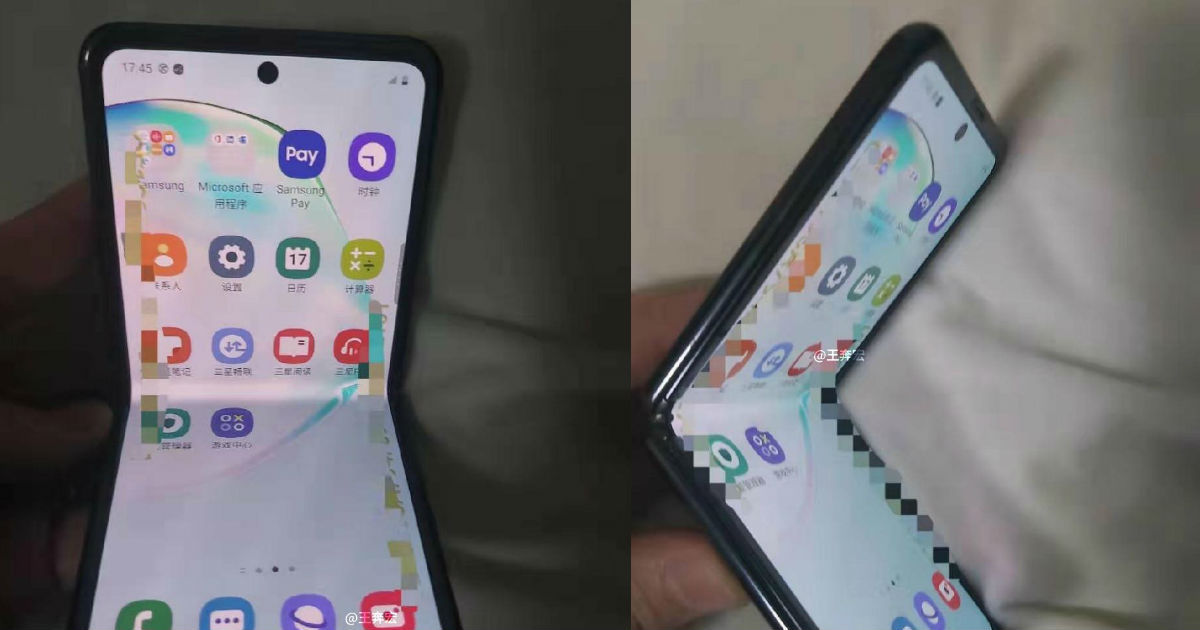 “Samsung is expected to launch the next-gen Galaxy Fold smartphone early next year, alongside its flagship the Galaxy S11 lineup”

The Galaxy Fold 2 clamshell design has been reaffirmed by newly leaked live images. The alleged images posted by tipster Ice Universe show a design similar to the Moto RAZR 2019, in that the phone will vertically fold like a clamshell. This is in line with previous leaks and rumours, which revealed that the Samsung forthcoming foldable smartphone – expected to launch early next year – will be unlike the original Galaxy Fold. The Galaxy Fold 2 flip design also looks similar to the concept phone that was showcased at the Samsung Developer Conference (SDC) 2019 back in October.

As seen from the images, the Galaxy Fold 2 will sport a punch-hole foldable display. The handset, however, has uniformly thick bezels. There seems to be a hinge at the back panel to open or shut the device and with dual rear cameras at the top-right corner. The phone also appears to house a secondary display – quite oddly placed alongside the cameras – for time or any other notifications. It remains unclear at the moment if the Galaxy Fold 2 will have touch screen cover display, just like the Moto RAZR smartphone.

Apart from this, the handset will likely ship with Android 10 and One UI 2.0. The bottom edge of the Galaxy Fold 2 seems to house speaker grill and charging port, while The volume rocker and power button are on the right spine right. At its SDC conference, the vendor revealed when the handset is folded the top screen can be used to play videos, while the bottom screen will turn into a keyboard.

Lastly, according to a report, the Galaxy Fold 2 is believed to more affordable than the Galaxy Fold. The handset is said to cost around $845 (around Rs 60,500) and help drive up sales of foldable smartphones in the mass market.