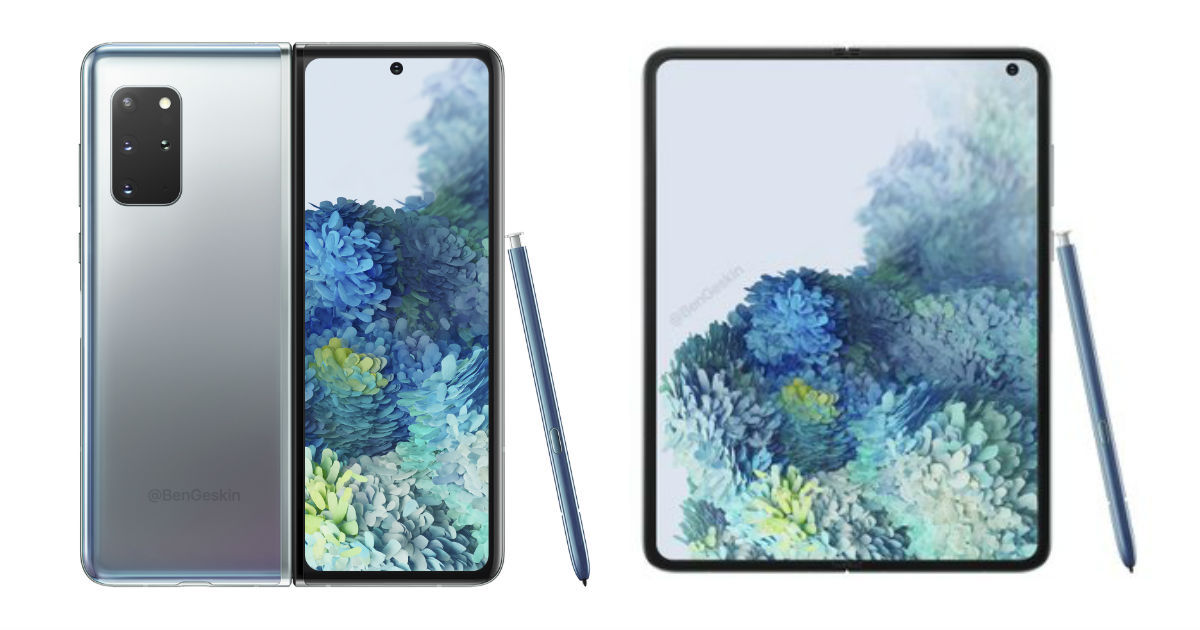 Samsung is rumoured to launch the next-gen Samsung Galaxy Fold 2 smartphone in August alongside the all-new Galaxy Note20 series. There have been several reports about the Galaxy Fold 2 in recent week, mostly going back and forth about whether the phone will support the S Pen or not. This week, Ross Young of Display Supply Chain Consultants (DSCC) provided some insights about the upcoming foldable phone. He mentioned key Galaxy Fold 2 specifications and design details. The information was used by concept designer Ben Geskin who posted some renders on what the phone could look like. The Samsung Galaxy Fold 2 may come with punch-hole displays, quad rear cameras, and support for S-Pen – even though the rumours point otherwise. The outer display is expected to be taller, thereby reducing the top and bottom bezels.

(render based on latest leaks) pic.twitter.com/TK8Ex9XvYU

According to DSCC’s Ross Young, the Samsung Galaxy Fold 2 could be the first foldable smartphone to come with a high 120Hz refresh rate. The handset is tipped to pack a 7.59-inch internal display – slightly bigger than its predecessor – with 1,689 x 2,213-pixel resolution, and a high refresh rate. The foldable screen is likely to feature a punch-hole in the top right corner for the selfie camera and an Ultra-Thin Glass (UTG) with plastic layer atop, like the Galaxy Z Flip. The cover display of the phone will reportedly be 6.23-inch tall with 819 x 2,267p resolution and 60Hz refresh rate. It’s likely tout a high screen-to-body ratio and a punch-hole display atop for the selfie camera.

Apart from this, the Samsung Galaxy Fold 2 may also come with S-Pen support for easy manoeuvring on the screen. The phone is said to weigh 15 percent less at 229gm than the original Fold which weighed 263gm and come with several memory configurations to make it more affordable for users. The handset is likely to be powered by the latest Qualcomm Snapdragon 865 SoC with 5G modem. Lastly, the Fold 2 is tipped to have a bose model with 256GB storage.