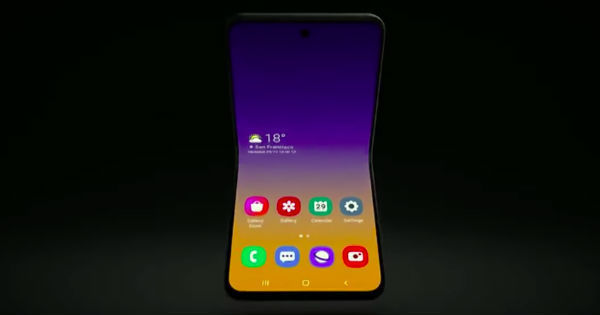 Samsung Galaxy Fold 2 is known to be in the works with a Moto Razr 2019 like clamshell design, and the rumour mill suggests that it would be launched sometime next-month ahead of the Galaxy S11/ S20 announcement on February 11th. Samsung Galaxy Fold 2 is also said to be cheaper than the Fold with a price of $845 (around Rs 60,500). Now, MySmartPrice in association with noted tipster Ishan Agarwal has exclusively revealed some key specifications of the Galaxy Fold 2. The foldable phone with model number SM-F700F is said to be powered by the Snapdragon 855 SoC and not the latest Snapdragon 865 as previously expected. It will also have a 10MP front-facing camera, presumably the same image sensor found in the Galaxy Note 10.

Leaked Galaxy Fold 2 live images suggests that the development of the foldable is almost complete and could be ready for shipping. The company might have started the development way before the Snapdragon 865 chipset announcement, and for this reason, it had to settle for the Snapdragon 855 SoC. The source also claims that Samsung Galaxy S11/ S20 4G and Galaxy S11 Plus/ S20 Plus 4G production has started in India and this suggests there won’t be a 5G version coming to the country.

Apart from the flagships, Samsung has also kickstarted the production of the Galaxy A51 and Galaxy A71. These are expected to launch in India as early as next week and will be priced above Rs 20,000. The Samsung Galaxy A51 and A71 rock a punch-hole display, quad-camera setups, and an in-display fingerprint sensor for security.