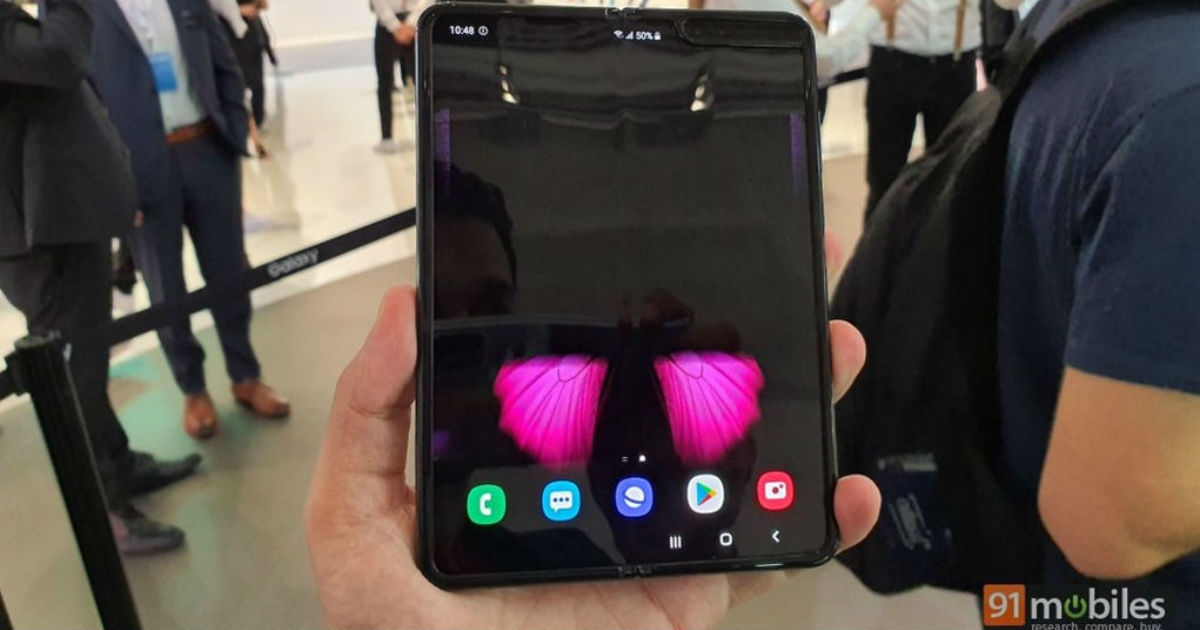 “The revised Galaxy Fold, which is set to launch soon, was seen to be still working, but not without sustaining damages.”

Samsung Galaxy Fold has been a much-debated device, with its initial batch leading into a controversy of cracked screens suggesting that Samsung unveiled the phone before it was truly ready for consumers. However, the revised Galaxy Fold promises to be far sturdier, and convince users that its foldable display will last over time. Contributing to this, JerryRigEverything has done his rather rigorous durability test on the newly reinforced Galaxy Fold, and the results are, for the lack of a better word, mixed.

In the durability test, the external 4.6-inch display is seen to resist basic scratches, and only sustained damages at the level six hardness of JerryRigEverything’s scratch-inflicting tools. However, the main, 7.3-inch foldable display, which will be the main draw for users shelling out nearly $2,000 for the phone, appears to still be far less durable, sustaining serious levels of scratches from a basic, level two mineral tool. In fact, even fingernails appeared to inflict scratches on it, which might become a serious spot of bother.

Following up, the burn test is where the Galaxy Fold impresses, and even after being exposed to lighter fire multiple times, the screens appear to still work, and not show any sustained damage. The Galaxy Fold appears to have fixed its cracking screen issue since it also manages to pass the bend test. Even after being exposed to the opposite bending force, the Galaxy Fold’s display did not crack and continued working. However, it did take considerable damage around its edges, suggesting that while the basic strength of the device has indeed improved, the general durability may still not be great.

Sand and dust particles appear to get lodged in the phone very easily, especially in the hinge. This suggests that the device may be prone to damage from dust particles over time, and any buyer will need to treat the device with considerable care if they wish to use it for a long time. The story is the same as the primary display, and while it does still work at the end of the overall test, it does not do so without sustaining some serious damages.

At the end of the test, it can be concluded that while the Samsung Galaxy Fold appears to have improved considerably, it still is not the most durable of devices. This may be a particularly important issue since, at a price of nearly $2,000, buyers will hope that the device will at least last through basic everyday usage conditions.

All the phones that launched in November 2019