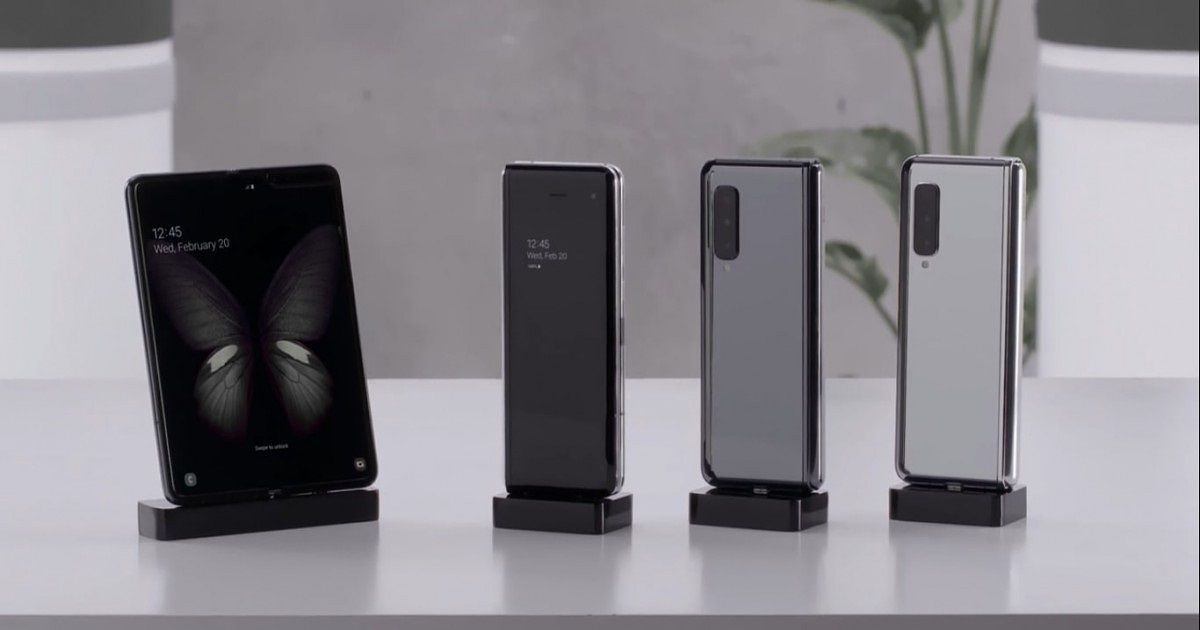 “The Galaxy Fold will be the first foldable smartphone in India, and it’s expected to be priced between Rs 1.5 lakh and Rs 1.75 lakh”

The controversial Samsung Galaxy Fold (first impression) smartphone is all set to make its debut in India. Citing “highly placed sources,” news wire IANS reports that the foldable handset will be introduced in India on October 1st. If so, the Galaxy Fold will become the first smartphone with a foldable screen in the country. The handset, after the display fiasco, was relaunched at IFA 2019 event in Berlin, Germany. Samsung is said to have fixed the issues with the screen and build quality due to which it was called back in the first place. The all-new Galaxy Fold is also 5G-ready, but India is lacking the infrastructure to support the handset.

The Samsung Galaxy Fold smartphone price in India will be anything but affordable. Rumour mill suggests it would be in between Rs 1.5 lakh and Rs 1.75 lakh. The handset will reportedly be available through select retail stores on a pre-booking basis. Samsung is expected to offer Galaxy Fold buyers exclusive access to specialised customer care services; one-on-one access to Samsung experts; and a 24/7 support hub online or over the phone.

As for the specifications, the Galaxy Fold, as you may recall, ships with a 7.3-inch QXGA+ dynamic AMOLED main display with 4.2:3 aspect ratio that folds from the middle. The handset also features a 4.6-inch HD+ Super AMOLED cover display. At the phone’s core lies 7nm octa-core  Snapdragon 855 7nm mobile platform with Adreno 640 GPU, 5G X50 model, and 12GB RAM + 512GB storage configuration. The Fold runs a custom Android 9 Pie-based OneUI out of the box that suits the foldable nature of the phone.

In terms of optics, the Samsung Galaxy Fold features a 12MP dual-pixel primary rear camera with LED flash, a 12MP telephoto lens, a 16MP ultra-wide-angle sensor. On the front, there is a 10MP primary snapper and an 8MP secondary shooter for selfies and video chats. Additionally, the handset also packs a 10MP cover camera. It comes with a side-mounted fingerprint sensor and Dolby Atmos. Connectivity features include 5G, 4G VoLTE, Wi-Fi 802.11ax, VHT80 4×4 MIMO, Bluetooth 5, GPS with GLONASS, NFC, and MST. A 4,380mAh battery with fast charging support both on wired and wireless fuels the phone.