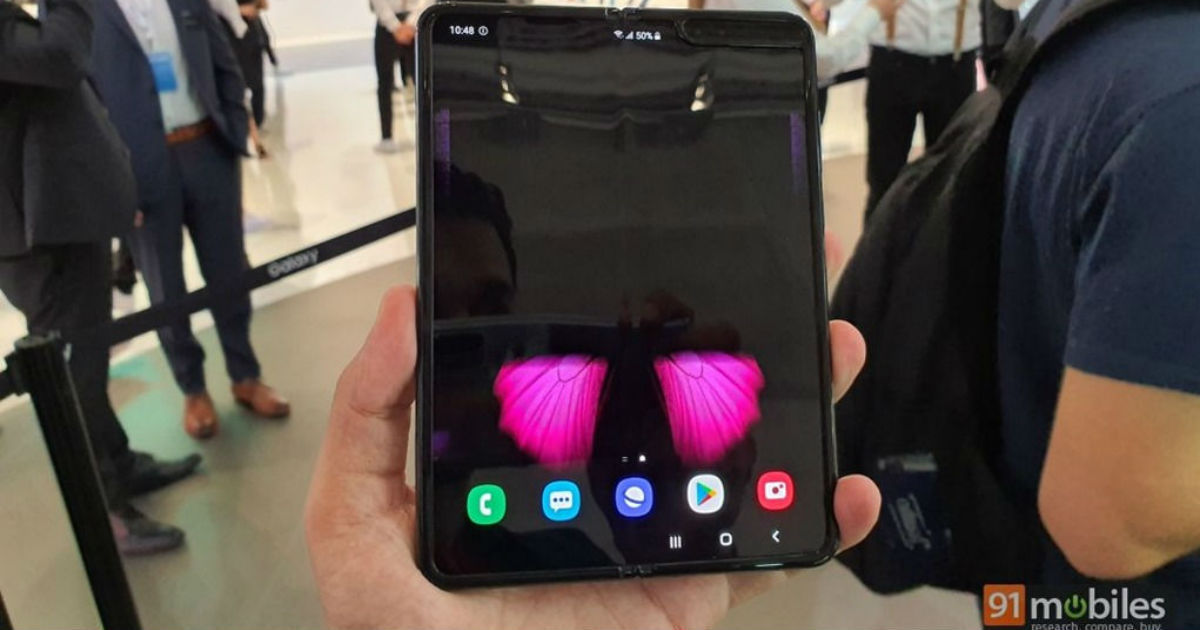 “Samsung suggests users not to use hard or sharp objects on the screen and do not place coins, keys or cards on the Galaxy Fold”

Samsung Galaxy Fold, after being delayed for over five months from its initial April 26th launch, is finally hitting stores in the US on September 27th. After the delay caused by the build quality issues, the Korean giant went back to the drawing boards and redesigned the phone by placing the protective film under the screen, thereby making it unremovable and the top and bottom hinges are capped to prevent dirt from entering the device. Samsung has even added metal layers to reinforce the Infinity Flex display. Despite all these changes and additions, the $2,000 worth Galaxy Fold smartphone still appeared fragile in its new form factor in a durability test conducted recently.

Furthermore, Samsung warned users, not to hard press and use a light touch on display. End of the day, it’s still plastic and can get damaged easily over time. For this reason, Samsung is offering a one-time screen replacement offer at just $149 (plus taxes). This offer is valid within one year of purchase and for purchases made on or before December 31st, 2019. However, the company hasn’t mentioned the cost for second-time replacements. Samsung also suggests users not to use hard or sharp objects on the screen and do not place coins, keys or cards.

Samsung warned users to keep the phone away from small dust particles and liquids since it isn’t water or dust resistant. The brand also doesn’t want users to apply protective films on the screen or stickers. Lastly, the phone needs to be kept away from credit cards and implanted medical devices because of the magnets used. That’s quite a lengthy list of warnings for using the Galaxy Fold after spending over $2,000.