91mobiles.com
Home News Samsung Galaxy Fold teardown aims to use one half of the phone... 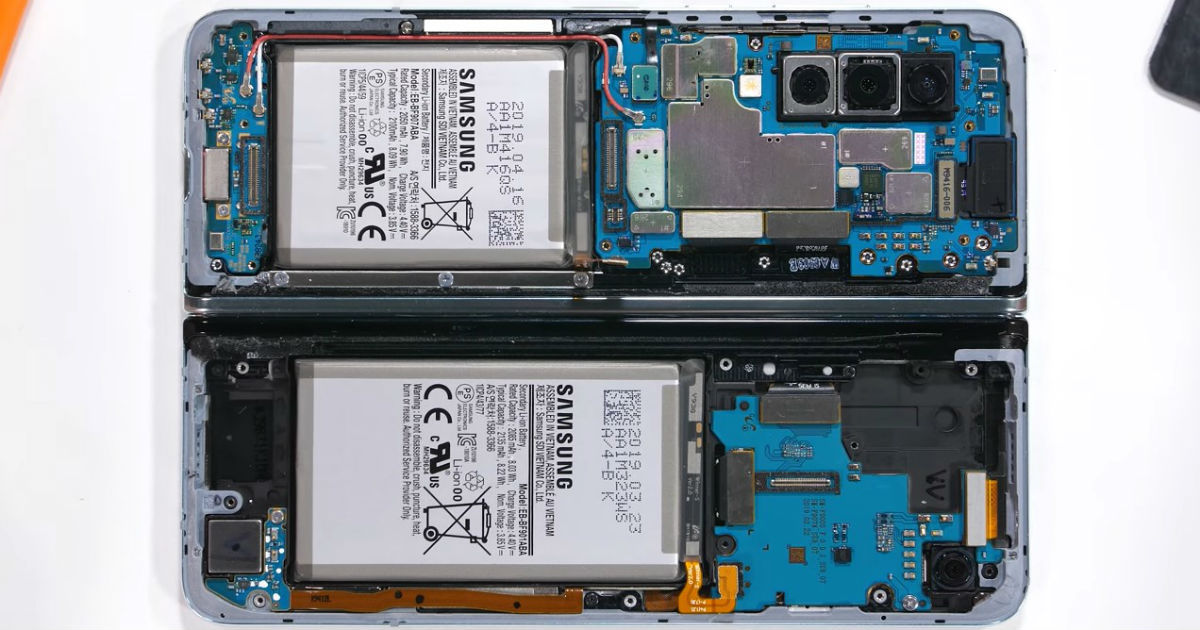 “As if standard durability tests were not enough, JerryRigEverything’s latest experiment went on to show just how fragile the Galaxy Fold’s display is.”

JerryRigEverything, notorious for his villainous treatment of most smartphones that he can lay his hands on, has returned his focus to the Samsung Galaxy Fold. This time, the durability test video’s objective was to see if just one half of the phone could be used as a standalone device — an idea originating from the fact that the Galaxy Fold uses two individual batteries inside for combined backup of 4,235mAh. Alongside being an interesting attempt, the video further reveals the internal frame of the Galaxy Fold, including the actual foldable display panel, the gears that enable the folding mechanism, and more.

Through the video, the rear glass that houses the triple camera setup is removed first, by applying heat and mechanical pressure. The removal of this glass then makes it easier to remove the Qi wireless charging coil from beneath it, as well as the other part of the external glass, which in this case also houses the secondary, 4.3-inch display. Subsequently, the internals are revealed, showing the mainboard, internal soldering and circuitry, and two batteries — 2,100mAh and 2,135mAh each. These are all further undocked, including the sister boards, only to hit a snag wherein the USB-C charging input lies only towards one of the two halves, therefore making it impossible to run just one half of the Galaxy Fold as a standalone device.

Nevertheless, the teardown further proceeds to remove the plastic bezel surround of the main, foldable display. Removing this layer gives access to the actual folding display panel, which is as thin and fragile as a film strip. Once this is removed, further removal of adhesive joints beneath the foldable display’s plaque reveals the spinal cover of the Galaxy Fold. This, too, is removed, to finally reveal the mechanical folding gear that enables the collapsible build. The entire process gives us a complete look inside the Samsung Galaxy Fold, the entire engineering process, and just how complicated and elaborate its entire chassis is.

While the Samsung Galaxy Fold is undoubtedly a feat of engineering, it still remains a novelty that is considerably brittle. While the exorbitant price tag can still be passed off as part of being a novelty, the Galaxy Fold may not warrant as being a good purchase, simply by virtue of being a first-generation product. Nevertheless, Samsung has pulled off the world’s first mainstream foldable phone, which despite its controversies, is certain to find takers because of its unique position in the market.