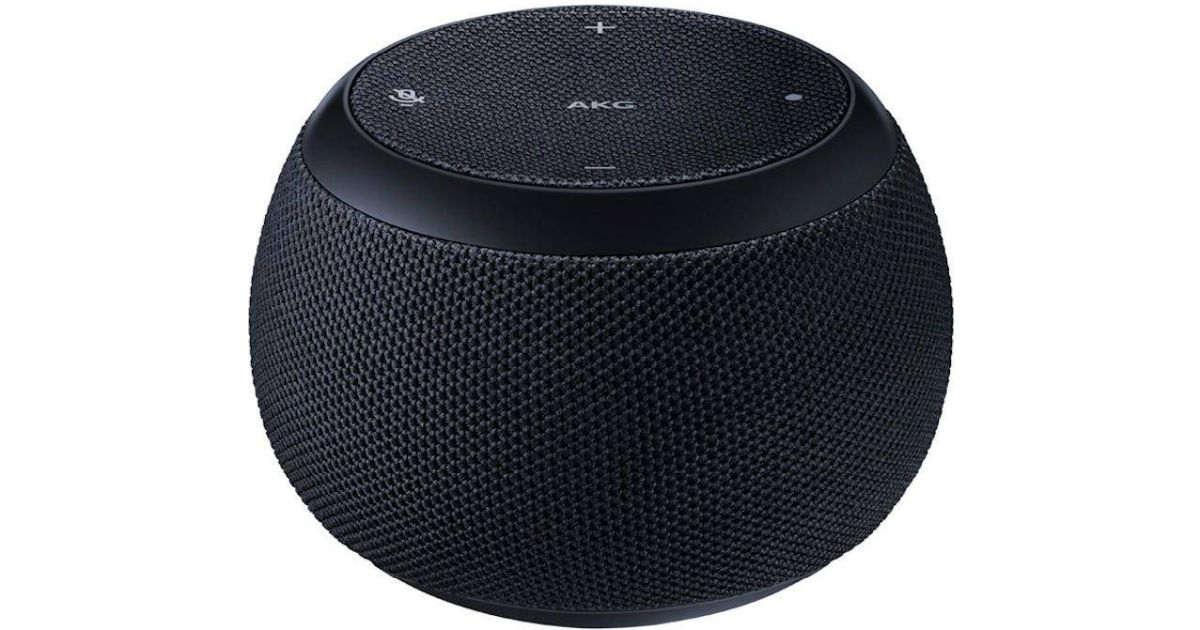 Samsung Galaxy Home Mini, a lighter variant of the Galaxy Home was confirmed to be in the works back in August 2018 but was never really launched. However, that seems to be changing soon as Samsung is reportedly gearing to put its first smart speaker in stores shortly after the Galaxy S20 announcement. Like with most smart speakers, it can play music, set alarms, tell time/weather, reminders and much more. The smart speaker’s IR functionality allows users to control old electronic appliances that don’t connect to the internet or router, which is a neat feature. However, it requires to be within the line of sight of the speaker’s IR blaster.

The Samsung Home Mini features AKG speakers, smart home connectivity and Bixby’s voice assistant. There’s also a multi-room speaker feature that enables users to listen to music from anywhere in the room. The smart speaker will hit the stores in South Korea on February 12th at KRW 99,000 (around Rs 5,930). However, Samsung hasn’t mentioned if it would be made available in other markets, including India.

Separately, Samsung Galaxy A41 was spotted on Geekbench recently. It has a model number SM-A415F and the listing revealed the handset will be equipped with 4GB RAM, run on Android 10 with One UI 2.0 custom skin on top and will be powered by an octa-core MediaTek Helio P65 SoC. It managed to score 1,684 points in the single-core test and 5,403 points in the multi-core test. The Samsung Galaxy A41 to reportedly pack a 3,500mAh battery pack. We should know more details in the next few weeks.