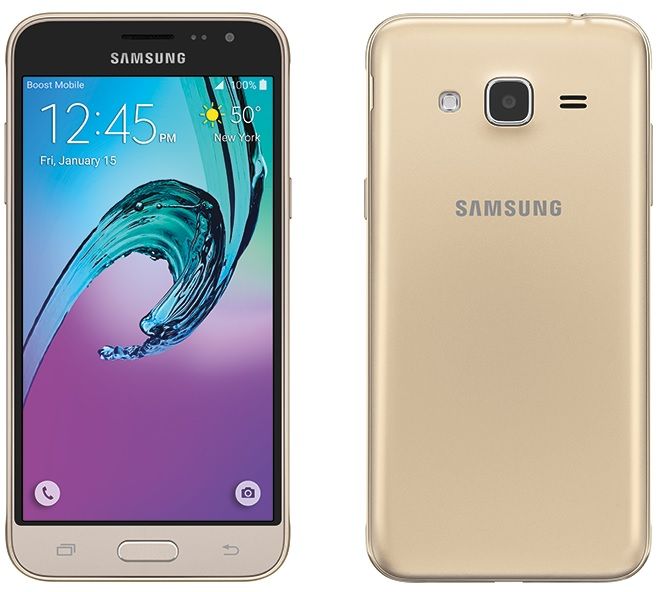 Samsung has launched its latest budget smartphone dubbed the Galaxy J3 in India today. The phone is being targeted at motorcycle riders as it brings an S Bike mode for a distraction-free ride. Before riding, users can set the phone to a Do Not Disturb mode , which turns off all notifications, unless there’s an important call. If someone calls the rider, a message will be sent to the caller that the person is currently driving. The S Bike mode also has motion sensing features, which ensures that the rider doesn’t pick the phone up without stopping the bike.

As far as other specs are concerned, the Galaxy J3 sports a 5-inch Super AMOLED HD display. The phone is powered by a 1.2GHz quad-core processor, coupled with 1.5GB of RAM. For storage, it gets 16-gigs of internal memory, which can be further increased up to 128GB by inserting a microSD card. Connectivity features include 4G LTE support, dual-SIM slots, Wi-Fi, Bluetooth 4.1 and A-GPS.

For imaging, the Galaxy J3 gets an 8-megapixel primary snapper with an LED flash. For selfies, there’s a 5-megapixel snapper in the front. It is fuelled by a 2,600mAh battery, which the brand claims can deliver 22 hours of talk time, 14 hours of video playback and 349 hours of standby time. Software-wise, the handset runs Android 5.1 Lollipop with the brand’s TouchWiz UI on top. It also comes with Samsung’s proprietary ultra data saving mode.

The phone has been priced at Rs 8,990, and will be available exclusively on Snapdeal starting today in Gold, Silver and Black variants. It comes with double data offer for Vodafone 4G users for six months and two months for 3G subscribers.
ShareTweetShare