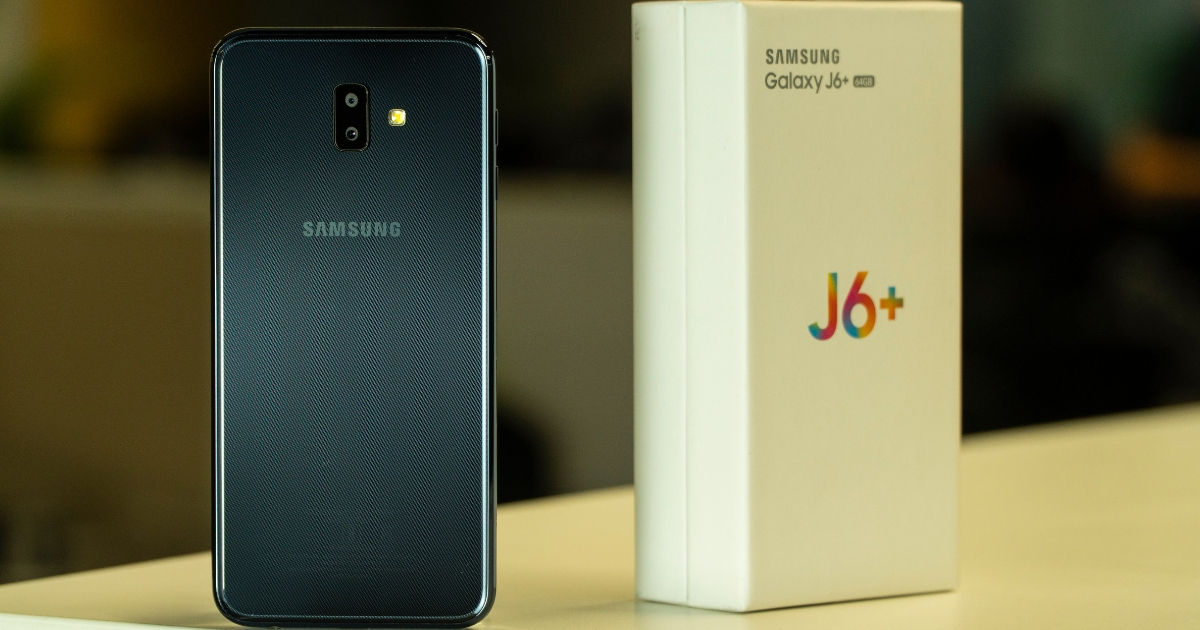 Samsung quietly unveiled its Galaxy J4+ and Galaxy J6+ smartphones recently as they were listed on the brand’s website. Now, the South Korean company has confirmed that the new handsets will be launched in India on September 25th. Before the actual launch however, we managed to get our hands on the latest phones in the J series. To help you gain an insight into the new smartphones from the brand, here are our first impressions. 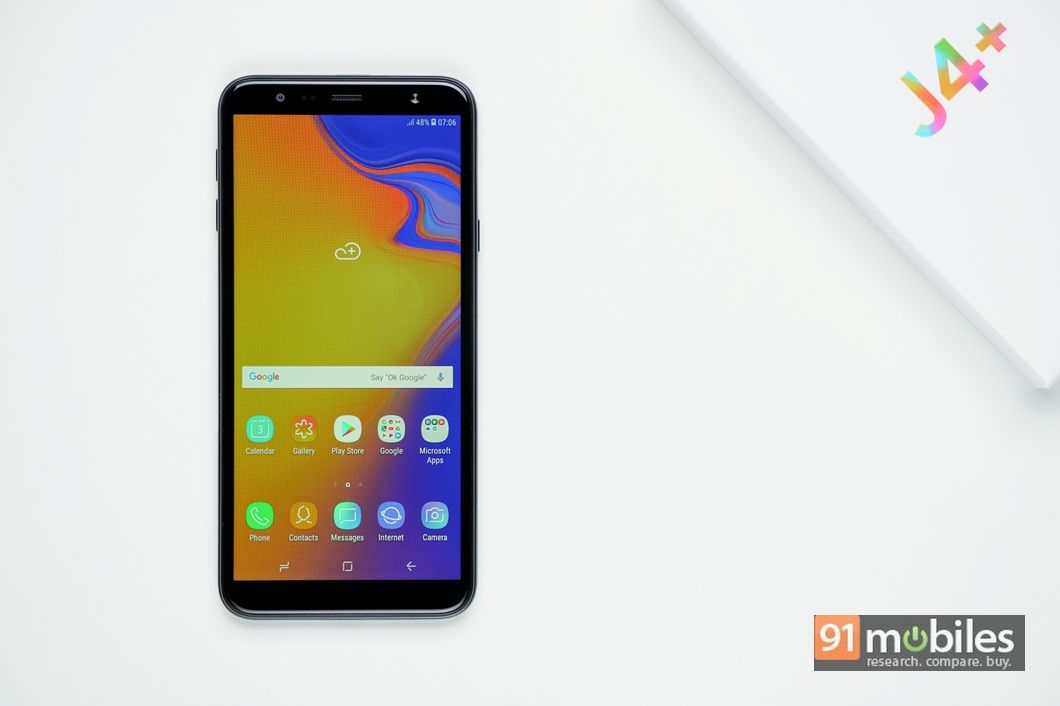 Both the Samsung Galaxy J4+ and J6+ offer a premium look thanks to the glass-sandwich design. As more and more affordable offerings are featuring glass construction at the back, this is a much-needed design refresh for the Chaebol’s mid-range smartphones. In terms of ergonomics, the duo doesn’t feel too big in hand despite a large display. That’s because the phones ship with the Infinity Displays at the front with an aspect ratio of 18.5:9.

The back panel is where things get interesting. The Samsung Galaxy J6+ features a dual-camera setup, placed in the middle, with a 13MP + 5MP module, whereas the Galaxy J4+ comes with a single 13MP sensor at the rear. Initial shots taken with both handsets managed to offer an impressive level of details and colours. Thanks to the dual-camera module, the J6+ also offers the live focus mode letting you click portrait shots. 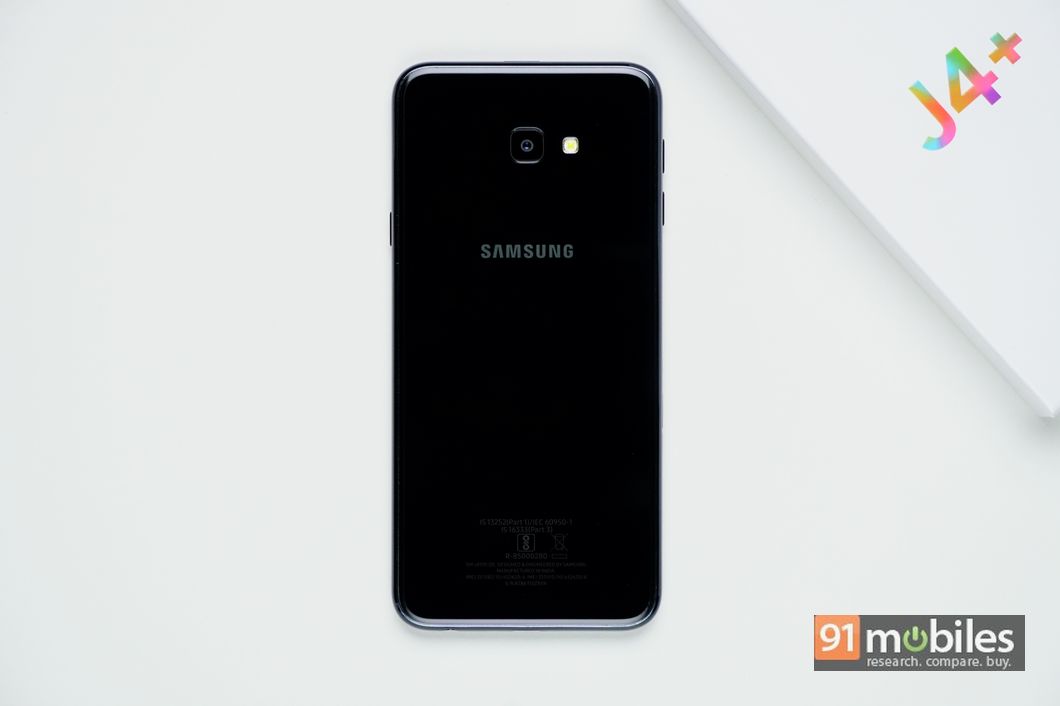 Samsung has also taken another bold choice with the Galaxy J6+’s design. The fingerprint sensor is embedded in the power key, located on the right spine of the handset. Despite being a very convenient choice for the FPS, the power button doesn’t feel very tactile and you can easily miss it the first few times. Otherwise, the fingerprint sensor works perfectly and unlocks the handset with ease. However, its sibling, the J4+ misses out on a fingerprint scanner. 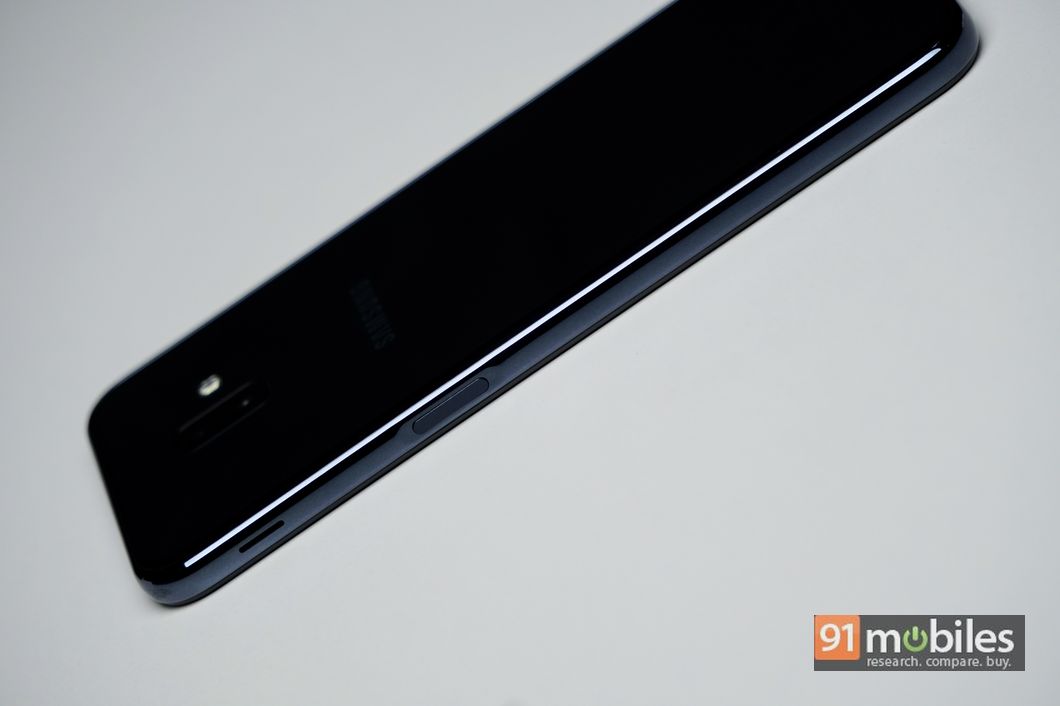 While we are talking about security, both the Samsung Galaxy J4+ and J6+ feature face unlock as well. As we managed to spend just limited time with the phones, we could not test this feature in depth, though it seemed to be a hit-and-miss affair in a few tries.

Coming to the display, the Galaxy J4+ and the Galaxy J6+ feature 6-inch panels with a resolution of 1,480 x 720 pixels. As you can expect from Samsung’s Super AMOLED displays, the screens offer impressive visuals. The viewing angles are also good and you will be able to use the handsets in most conditions with ease. The only downside might be the peak brightness level, which we could not test properly due to indoor conditions. 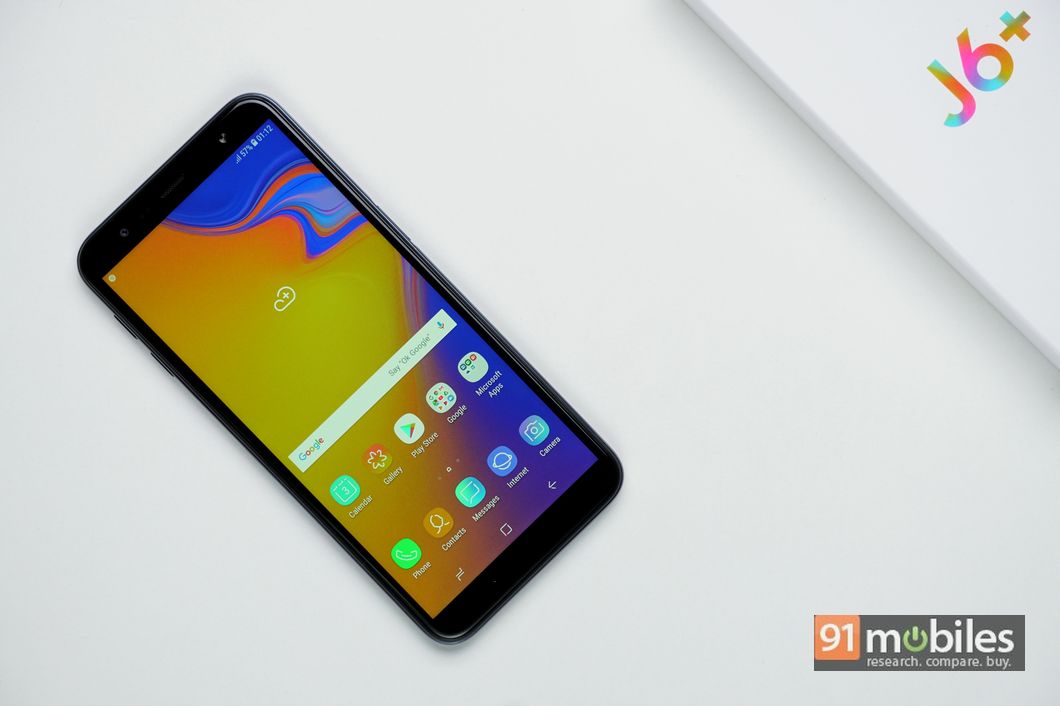 In terms of the performance, the devices come powered by Snapdragon 425 SoC. In case of the J4+, the chipset is coupled with either 2GB or 3GB RAM, while the Samsung Galaxy J6+ offers 3GB or 4GB RAM. 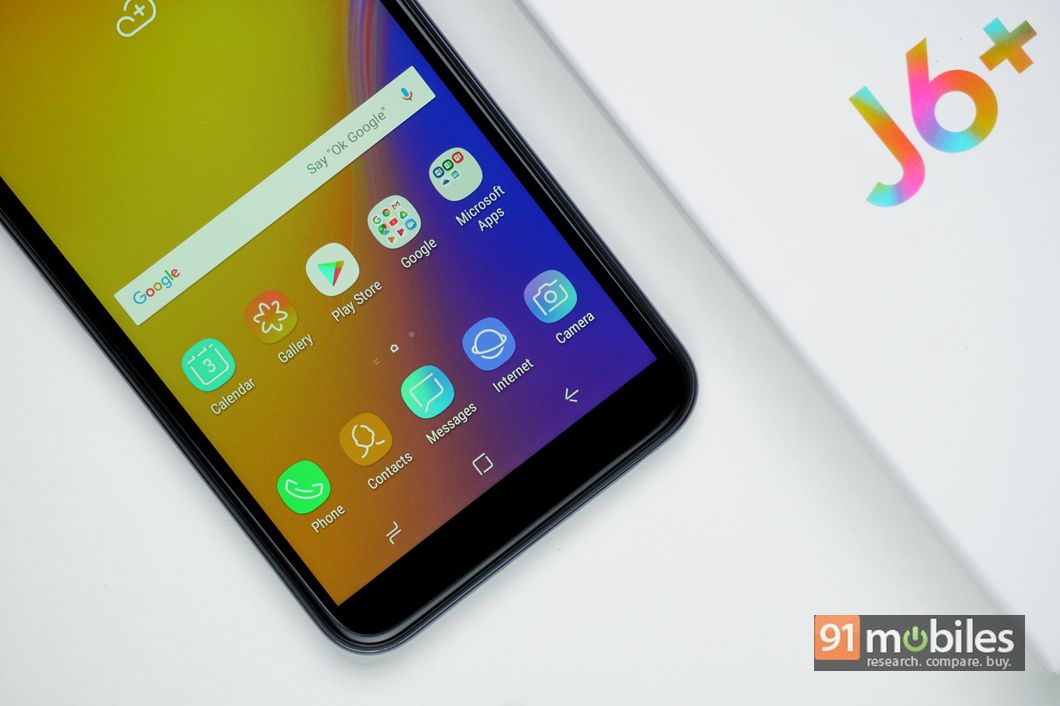 The phone runs Android 8.1 Oreo-based Experience UI from Samsung. In our time with the smartphones, we didn’t face any lag or stutter issues. 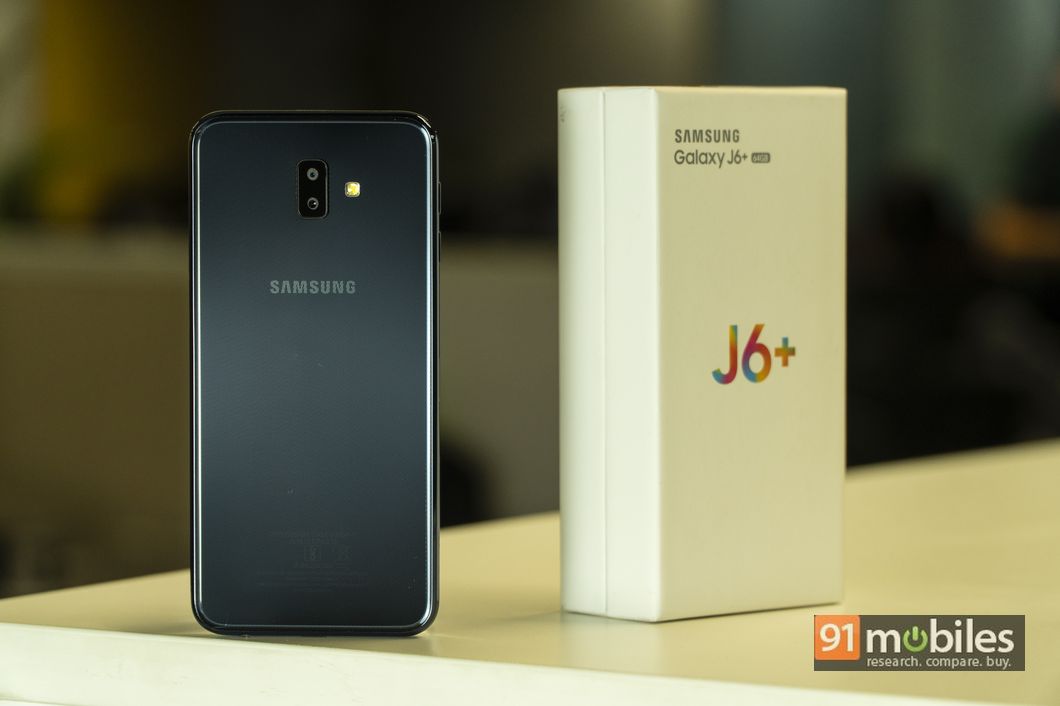 To cover the rest of the specifications, both the phones pack 3,300mAh batteries. For selfies, the Galaxy J4+ comes with a 5MP front camera, while the J6+ packs an 8MP shooter at the fascia.

It’s evident that Samsung is trying to win back budget consumers with its latest offerings. However, a lot will depend on their pricing, which will be announced by the company on September 25th. Till then, our review for the Galaxy J4+ and J6+ is already in the pipeline, so keep an eye out.