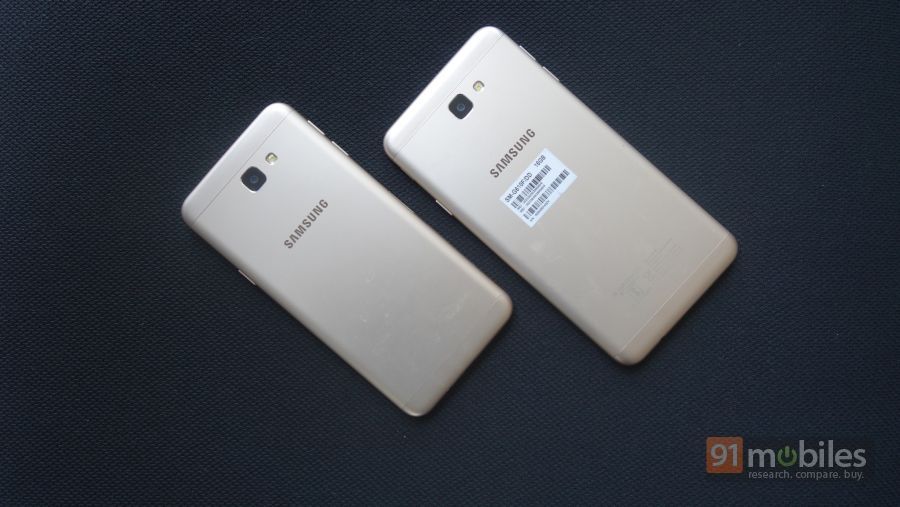 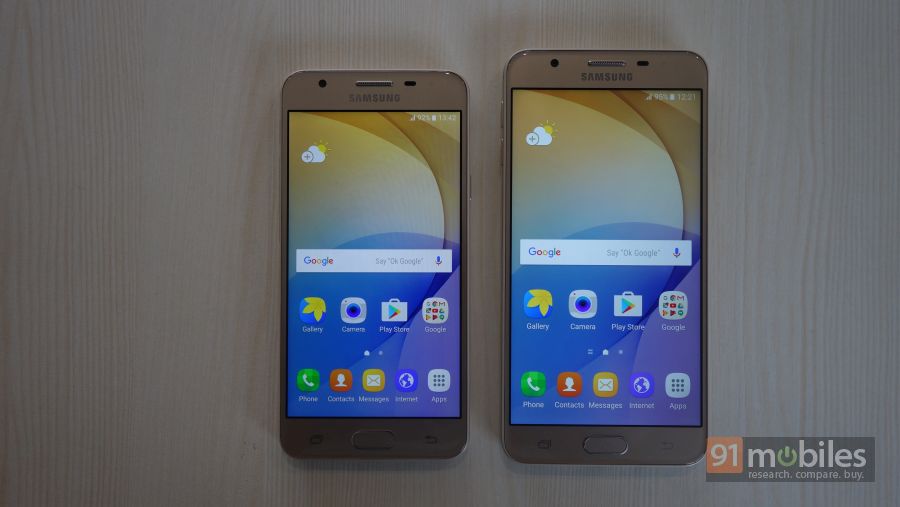 As the Samsung Galaxy Note7 fiasco continues to hog headlines, the company has now moved on to other price segments and launched two new mid-range phones in India. While the highlights of the phones are the company’s new S Power Planning and S Secure modes, what grabbed our attention was the new design ethos Samsung has gone for with the new J Prime duo. Let’s talk about this and more in our first impressions. 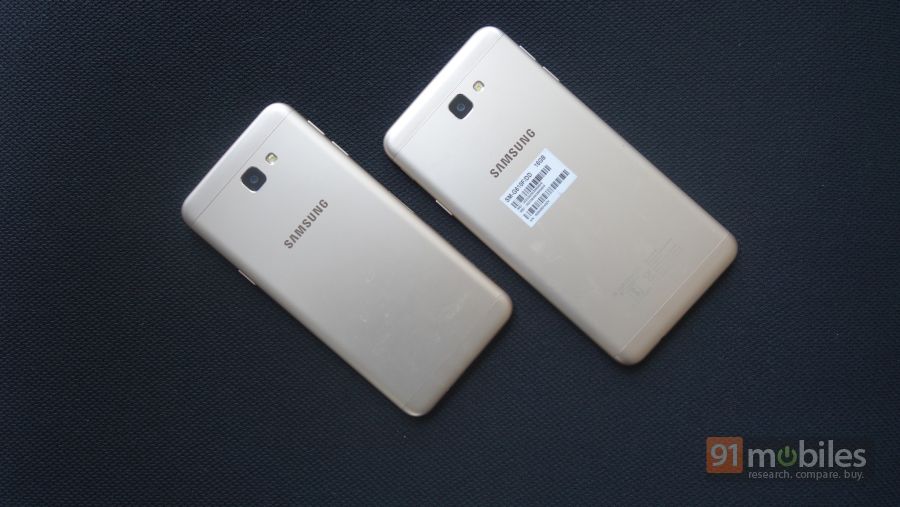 The J5 Prime and J7 Prime are full-metal unibody smartphones, which is a first for the Galaxy J series. With rounded corners and edges, the new duo looks dangerously similar to the Xiaomi Redmi Note 3 (review). And we’re not complaining since both the J5 and J7 Prime are stylish looking handsets. They offer excellent build quality, with even the bigger one of the duo fitting in the hands comfortably, let alone the 5-inch J5 Prime. You will be able to use the smartphones easily with a single hand. They do not feel slippery and offer good grip, however, the back panels do attract a lot of fingerprints and smudges. The port and button placement is a tad different than usual. 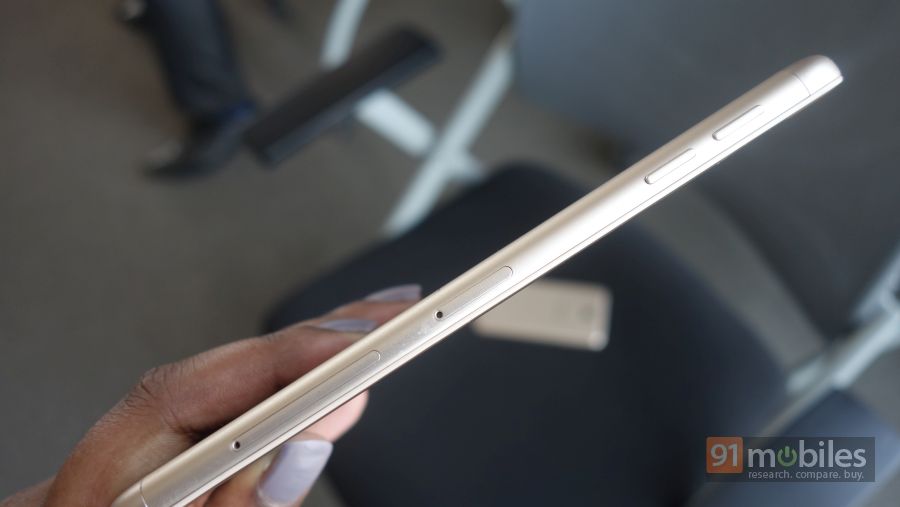 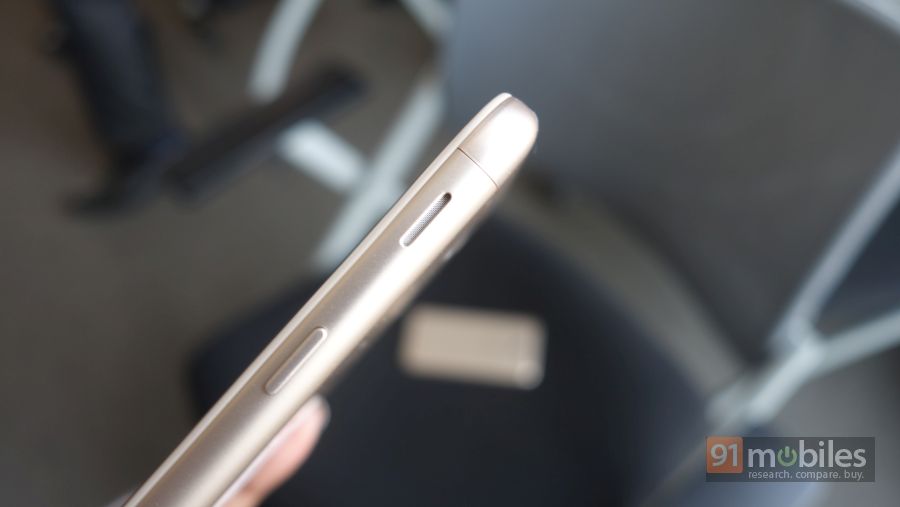 While the left spine sports a microSD card tray, a SIM tray, and the volume keys, the right edge is home to a power button and the loudspeaker grille. 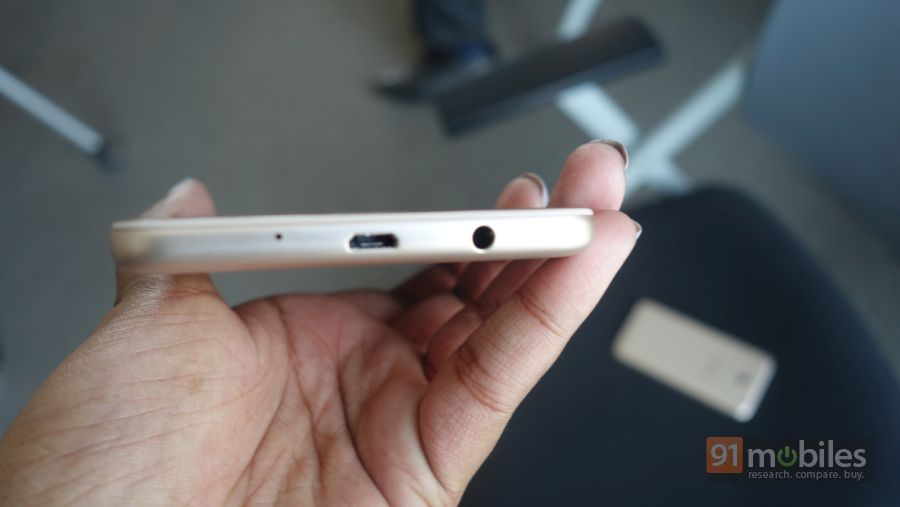 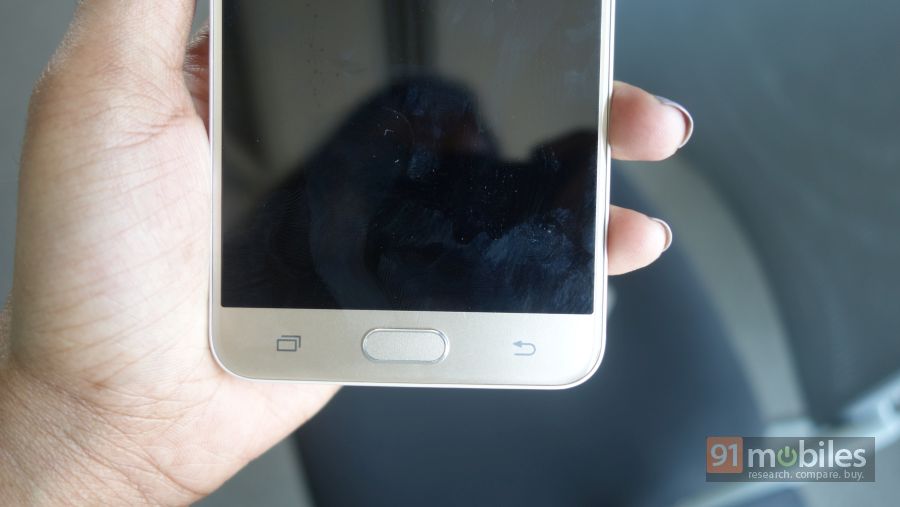 The top edge remains empty, and the bottom one houses the primary microphone, a micro-USB port, and a 3.5mm audio jack. The phones use capacitive navigation keys with Samsung’s signature home buttons, which also double as fingerprint readers.

While the smaller one sports HD resolution on its display, the bigger gets a full HD screen. With Samsung’s Super AMOLED tech, both the screens look sharp, with brilliant colours. You do not get adaptive brightness, but there’s an Outdoor mode to view the screen under the harshest sun. While the J5 Prime comes powered by a quad-core Exynos chip with 2GB of RAM, the J7 Prime gets an octa-core Exynos SoC coupled with 3 gigs of RAM. Our short usage sessions were snappy on both the phones, however, we expect the J7 Prime to perform a little better than the J5 Prime in real-time use, due to obvious reasons. 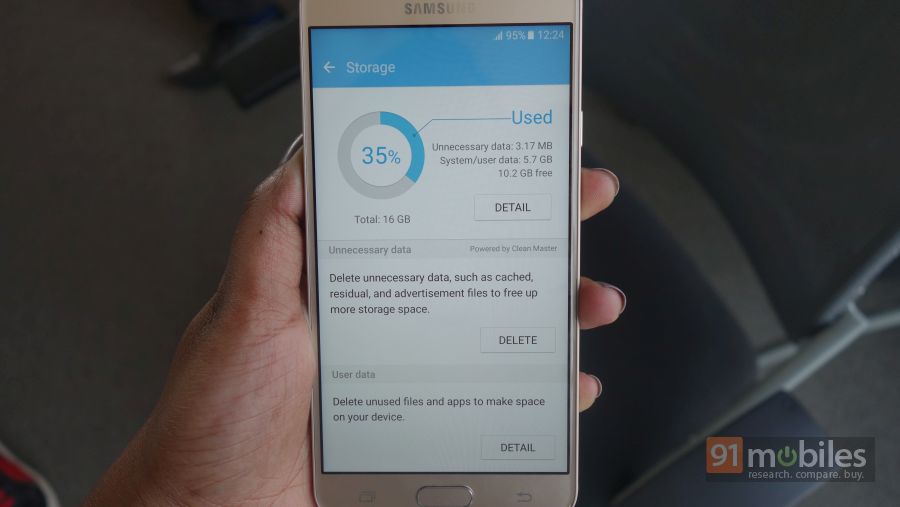 The storage, interestingly, remains same at 16 gigs, with around 10GB available for personal use. The storage is expandable to 256GB on both the phones. Running Android Marshmallow with Samsung’s TouchWiz UI on top, the phones offers nothing new regarding the software, apart from the new S Power Planning and S Secure mode. The former offers features like extending battery life, saving a certain amount of battery for only calls and messages, and forwarding calls to people around you when your phone’s battery is about to die. The latter, on the other hand, allows you to lock apps and files, have certain applications in a secure folder protected by Knox, and use any public Wi-Fi in safe mode as well, to protect your data. 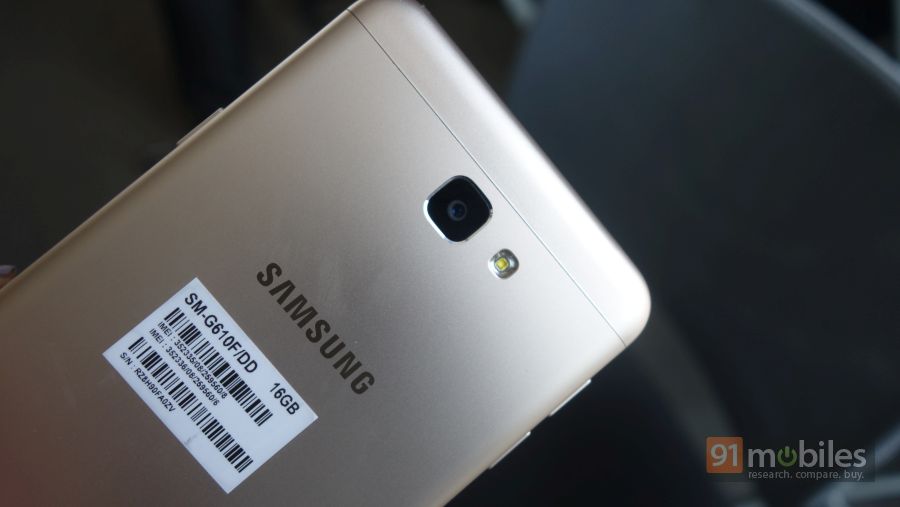 Both the J5 prime and J7 Prime offers 13MP primary shooters, aided by LED flash modules. However, the smaller one gets a 5MP selfie camera, while the bigger utilises an 8MP one. The default camera app is what you get with standard TouchWiz. We clicked a few pictures and found the shutter speed to be impressive. The colours and details were good as well, but we’ll refrain from putting out our final say until we review the handsets.

A 2,400mAh battery backs the Samsung Galaxy J5 Prime, and the J7 Prime gets a 3,300mAh unit. With the battery saving optimisations that come in both the phones, we think the battery capacities are enough. Both the J5 Prime and J7 Prime are dual-SIM devices with 4G VoLTE support. 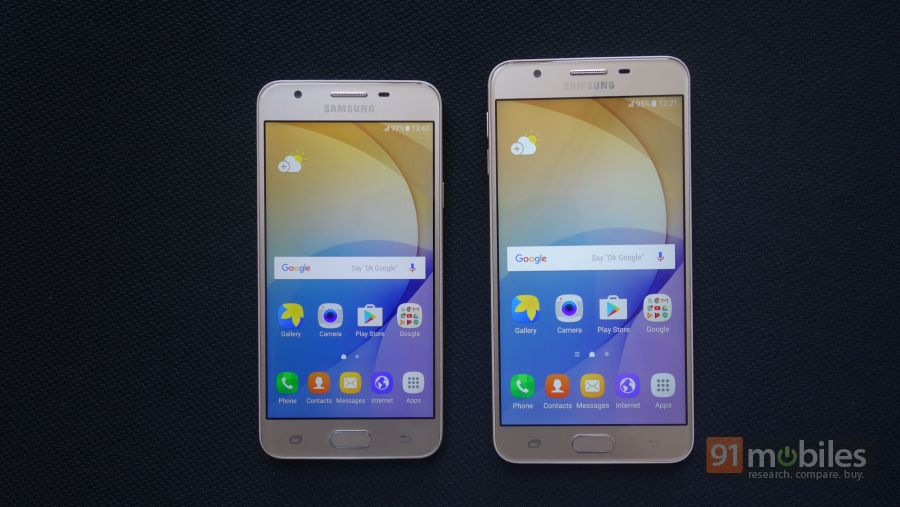 Priced at Rs 14,790, the Samsung Galaxy J5 Prime competes with the Moto G4 Plus (review), which is an all-rounder and a dependable daily driver, while the J7 Prime, at Rs 18,790, competes with the recently launched Gionee S6s (camera eview) and OPPO F1s (review), both of which are decent devices focussing on cameras. We’ll be bringing you more on the new J Prime duo from Samsung as we review them, so stay tuned.
ShareTweetShare
Share