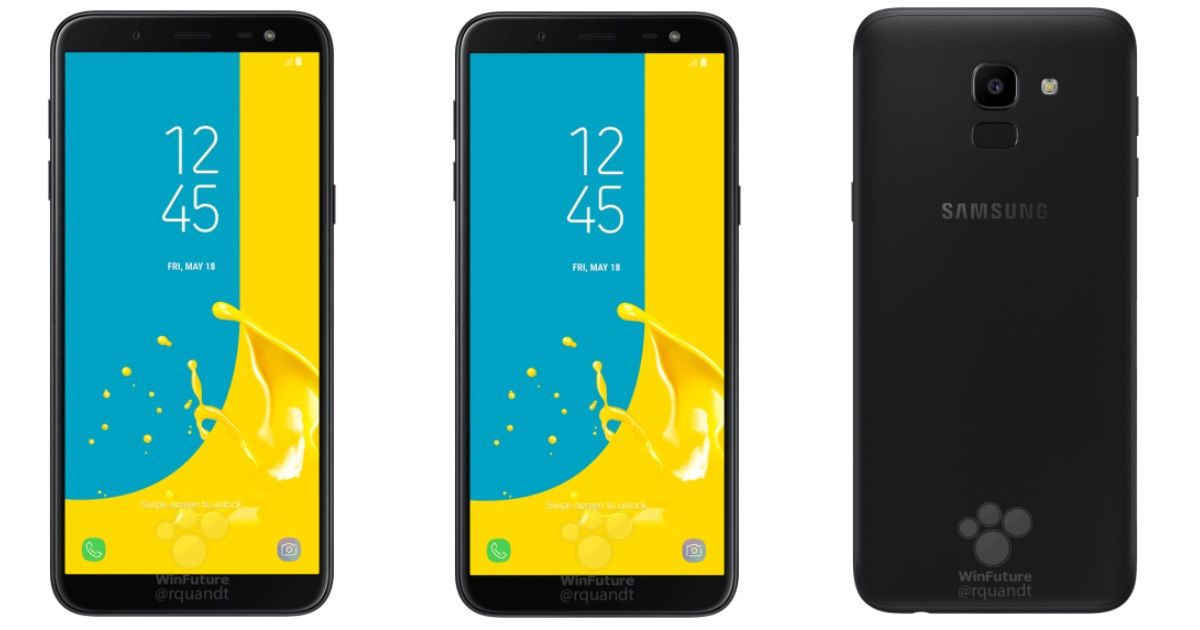 Samsung has just invited the Indian media for a product launch event in the country for May 21st, where the brand is expected to release the Galaxy A6, A6+, J4, and J6 smartphones. While the Galaxy A6 and A6+ are already official, the Galaxy J4 and J6 are expected to be unveiled in the near future. After a couple of sightings on regulatory websites, the upcoming Galaxy J6’s purported official renders have been leaked on the interwebs. 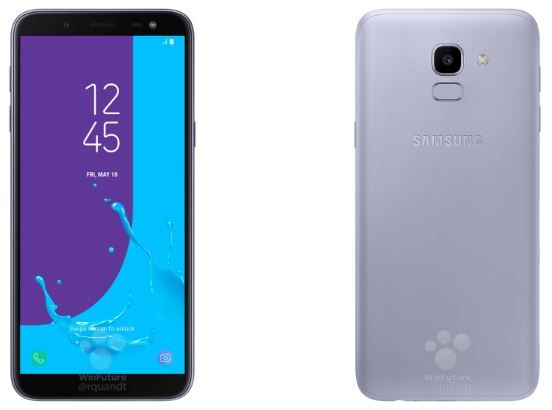 The alleged press renders of the Samsung Galaxy J6 have appeared on the interwebs soon after its complete specs had been revealed. The images suggest that the phone will come with a full-screen display with almost none-bezels on the sides and slim ones at top and bottom. The handset appears to sport a selfie flash and a rear-mounted fingerprint sensor, which seems to be placed below its primary shooter at the back.

As for the specs, the reports indicate that the Samsung Galaxy J6 could offer a 5.6-inch Super AMOLED HD display, and is expected to boot Android Oreo out of the box. The phone is said to be powered by an Exynos 7870 processor. The handset is rumoured to arrive in multiple RAM and storage configurations – 2GB RAM/ 3GB RAM/ 4GB RAM and 32GB/ 64GB storage. The camera department on the Galaxy J6 is said to include a 13-megapixel primary shooter and an 8-megapixel secondary snapper, both aided by dedicated LED flash units.

The 4G LTE-enabled offering is rumoured to be powered by a 3,000mAh battery, and is expected to come with dual-SIM slots. It appears that design will be one of the biggest aspects of the Galaxy J6. As for the pricing, the Galaxy J6’s could be available at the starting price of $210 (~Rs 14,250) for the 3GB RAM variant, while its 4GB model is said to cost $240 (~Rs 16,300). There’s no word regarding its official launch date at the moment. Source

Samsung Galaxy On6 vs Galaxy J6: the Infinity (display) war of budget phones