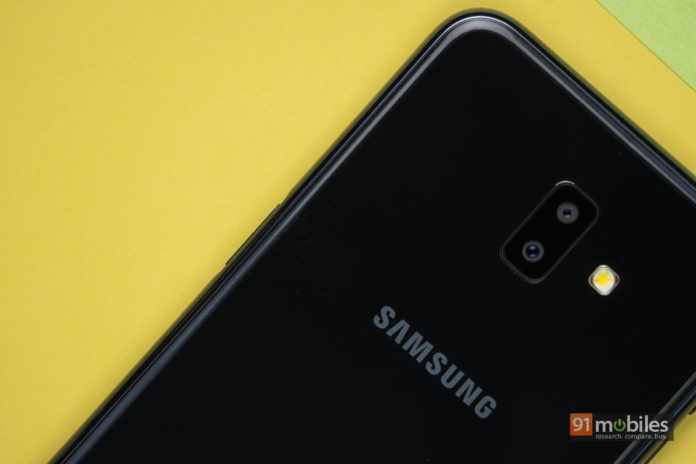 “Galaxy M series will reportedly be exclusive to countries in the Middle East, Africa, and Asia”

After months of reports, we can be sure of the fact that Samsung is planning to launch new Galaxy M series and A series of smartphones to spice up its budget and mid-range segments. Believed to be the replacement of its current budget lineup including the Galaxy J, Galaxy On, and Galaxy C series, the upcoming Galaxy M smartphones reportedly bear the model numbers SM-M205 and SM-M305.

The new Galaxy A series phones, on the other hand, will reportedly sport LCD displays so as to be priced lower than current A series devices. Till now, this was all the information available about the upcoming Samsung smartphones. Now courtesy to SamMobile, we now know the storage and colour options the Galaxy M and Galaxy A series will be offered in.

Speculated to be named Galaxy M20 and Galaxy M30, the smartphones will reportedly be offered in black and dark grey colours. The report also mentions that the M lineup will be exclusive to countries in the Middle East, Africa, and Asia. 32GB and 64GB will reportedly be the storage variants on offer with the M20, while the M30 will come with 64GB and 128GB storage options. Additionally, both smartphones will come with dual-SIM capabilities. The report also mentions an entry level Galaxy M smartphone bearing model number, SM-M105F but doesn’t detail as to which all colour variants it will offer.

Coming to the Galaxy A series, it is speculated that these phones will feature LCD displays, so that Samsung can retail them at a lower price than the current Galaxy A line-up. The two phones carrying model numbers, SM-A305F and SM-A505F will reportedly be offered in multiple colour options, instead of just the two on M20 and M30. The former will offer 32GB and 64GB storage options and come in blue, black, red, and white colour variants. Meanwhile SM-A505F will be available in silver and pink shades in addition to blue, black, and white. 64GB and 128GB will be the storage options on the device.