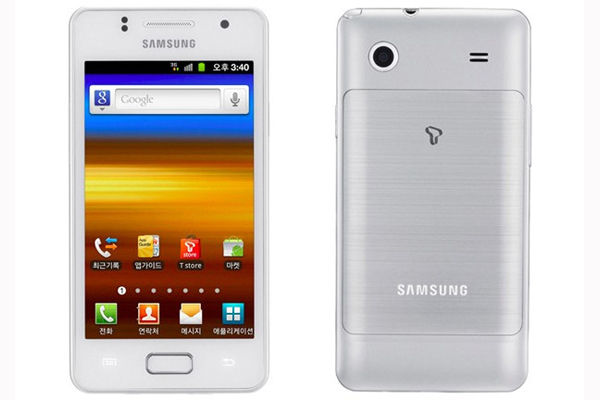 Samsung confirms the availability of Samsung Galaxy M Style in South Korea. According to Samsung, the new Galaxy M Style is an entry level smartphone offering Super AMOLED screen. Back in the month of August, 2011 Samsung revised the naming convention to its range of devices. This include the five groups – S, R, W, M and Y.  In the recent times, there were smartphone sprouting with Y-Series including Samsung Galaxy Y, Samsung Wave Y and M-Series Samsung Wave-M. Now, Samsung tries to fill the gap, with the new Galaxy-M Style Android smartphone.

As aforesaid, the new Samsung Galaxy M Style is the phone for masses. The phone taking style points from the two flagship phones Galaxy S and Galaxy S II, boasts a 4-inch Super AMOLED touchscreen display. The device out-performs with the 1Ghz processor and 4GB of internal storage placed under the hood. Apparently, the device titled with Galaxy range runs on Google powered Android OS v2.3 Gingerbread. The device sports a 3.0 Megapixel camera on the rear-side, Bluetooth Connectivity v3.0 and TV tuner card. Galaxy M-Style packed with all the possible hardware elements is designed in a 9.9mm thick block with refined metal body finish. As Samsung promised, the device will be placed among high-performance models at a economic price-point. Samsung in the recent days, deliberately hinting all the possible models parked for 2012 International CES.