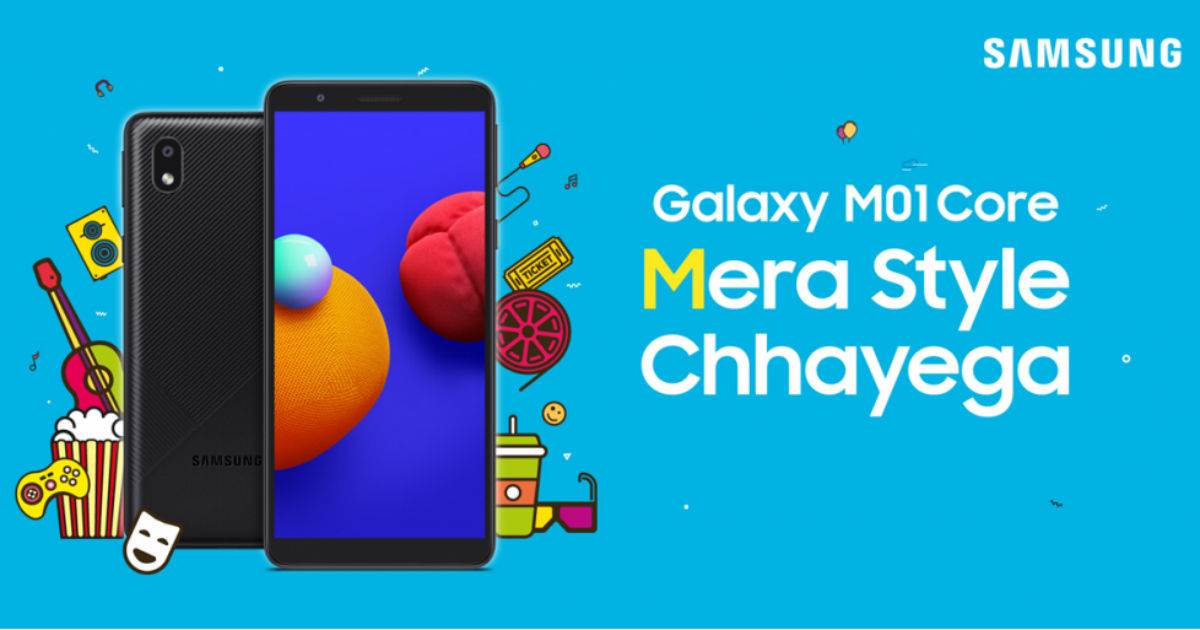 Samsung has launched Galaxy M01 Core in India as an entry-level smartphone. The handset is an Android Go offering and features polycarbonate body, a traditional display with bezels on all sides, and pretty basic specifications such as a single rear-facing camera, quad-core chipset, and 3,000mAh battery that is rated to last up to 11 hours on a single charge. Thanks to Samsung’s custom Android skin One UI, the Samsung Galaxy M01 Core has Dark Mode integration. Here’s a look at Samsung Galaxy M01 Core price in India and full specifications.

Samsung Galaxy M01 Core has been priced in India at Rs 5,499 for the base 1GB RAM + 16GB storage onboard, while the 2GB RAM + 32GB storage variant comes with a sticker price of Rs 6,499. The handset comes in three colours – Black, Blue, and Red – and will be available for sale across Samsung’s retail stores, Samsung Opera House, Samsung.com, and leading online platforms starting July 29th onwards. 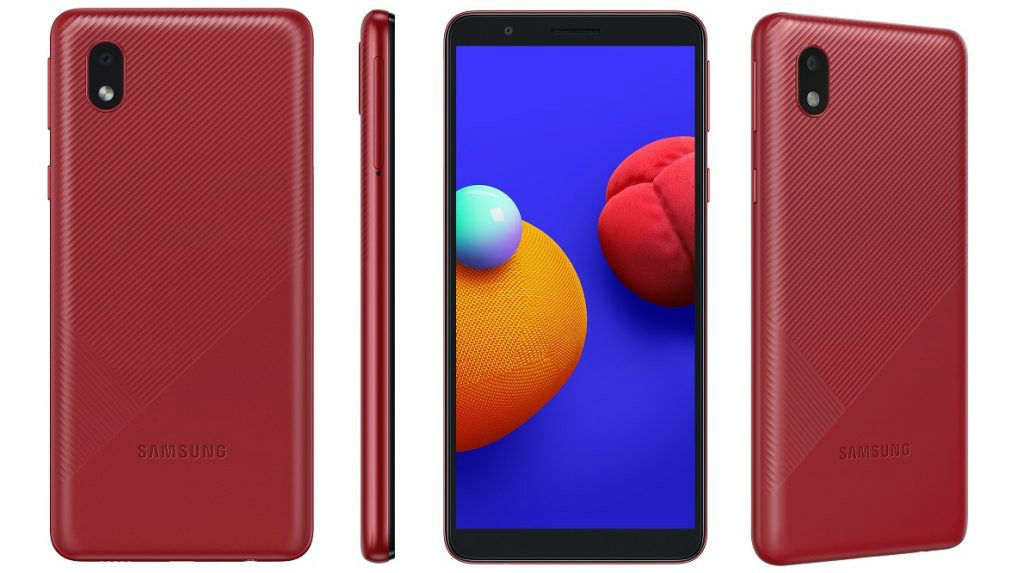 As for the Samsung Galaxy M01 Core specifications, the handset features a 5.3-inch HD+ ‘intelligent’ display, with dynamic screen timeout for power optimisation. The phone is powered by a quad-core MediaTek 6739 chipset coupled with up to 2GB RAM and 32GB storage onboard. For photography, the M01 Core sports an 8MP camera with LED flash on the back and a 5MP camera in the front. A 3,000mAh battery fuels the handset.

Software-wise, the Samsung smartphone boots Android Go-based OneUI out of the box. The handset packs a suite of Go apps and features such as ‘Suggest Notification’ that warns users about low battery and allows them to open their running app or add other critical apps in Maximum Power Saving Mode, ‘Smart Paste’ to copy-paste text, and ‘Intelligent Photos’ to free up phone’s storage from similar or duplicate photos.