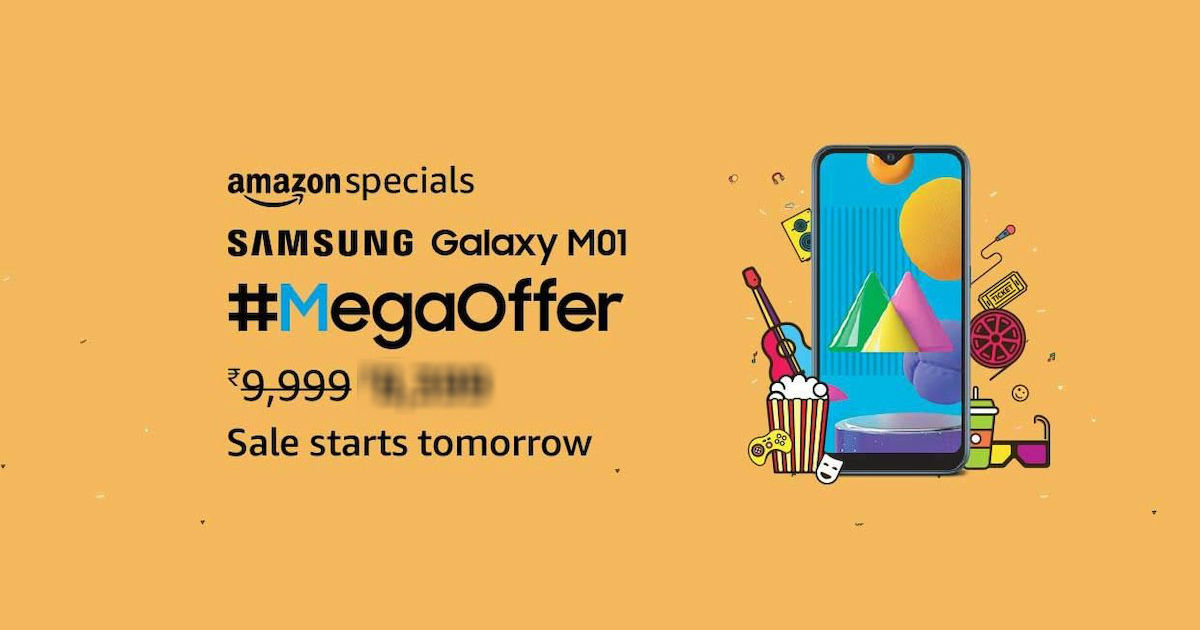 Samsung Galaxy M01, which was launched in India back in June, is set to get a price cut on Amazon as the brand has started teasing the upcoming deal on its website. While the Samsung Galaxy M01 was launched in India at a starting price of Rs 8,999, the handset will be available for Rs 8,399 during the Amazon sale tomorrow. As of now, the brand has not clarified if this price cut will be effective across online stores or not but it appears that it might be just available as part of the Amazon sale as of now. Samsung’s official site currently lists the phone at its original launch price. The Galaxy M01 is available in three colour variants – Black, Red, and Blue.

Coming to the specifications, the Samsung Galaxy M01 packs a 5.71-inch HD+ display with an Infinity-V design and 1,560×720 pixels resolution. You get a taller-than-usual 19:9 aspect ratio and a waterdrop notch at the front to house the front camera. The phone is powered by the Snapdragon 439 SoC, aided by 3GB RAM and 32GB storage, which can further be expanded using a microSD card up to 512GB.

Moving on to the optics, the Samsung Galaxy M01 offers a dual-camera setup, which comprises a 13MP primary sensor and a 2MP depth lens. For selfies and video calling, the phone has a 5MP unit at the front. For security, the brand has opted for a face recognition feature instead of a fingerprint sensor. The Galaxy M01 packs a 4,000mAh battery.