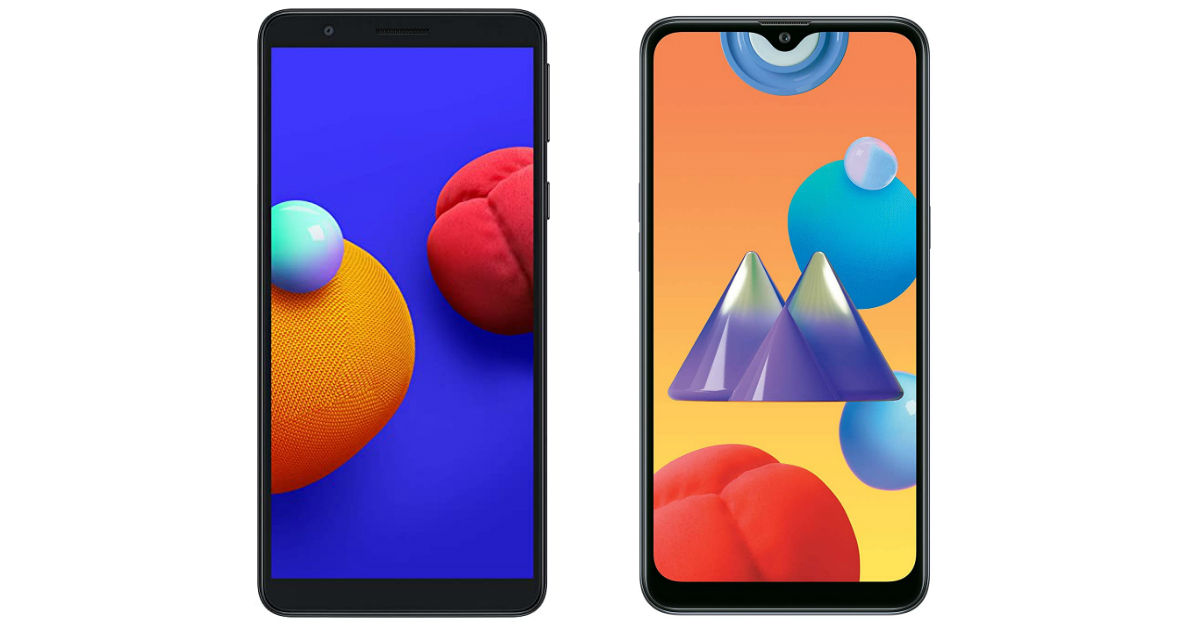 Samsung Galaxy M01 Core and Galaxy M01s have received a permanent price in India, 91mobiles has learned from retail sources. Both the phones were launched back in July as affordable offerings in the sub-Rs 10,000 segment. The phones are now cheaper by Rs 500 and the new prices are already visible on Amazon.in, Samsung website in addition to offline retail outlets. The Samsung Galaxy M01s 3GB + 32GB model will be available for Rs 9,499, instead of Rs 9,999. Similarly, the Samsung Galaxy M01 Core 1GB + 16GB variant now starts from Rs 4,999, down from Rs 5,499. Lastly, the Galaxy M01 Core 2GB RAM model costs Rs 5,999 as opposed to Rs 6,499. 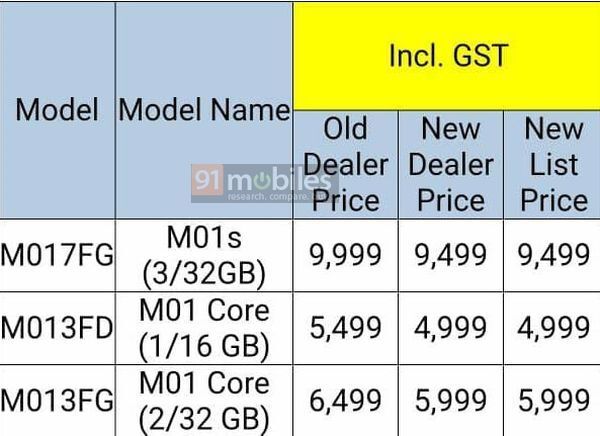 The Samsung Galaxy M01s sports a 6.2-inch HD+ TFT Infinity-V display with a waterdrop notch. It is powered by the MediaTek Helio P22 SoC coupled with 3GB RAM and 32GB internal storage that is further expandable via a microSD card up to 512GB. While the Android version isn’t clear, the phone boots OneUI custom skin on top of Android OS. As for the optics, the Samsung Galaxy M01s features a dual-camera setup consisting of a 13MP primary sensor and a 2MP depth lens for portrait shots. For selfies and video chats, there is an 8MP unit for selfies and video chats. There is a rear-mounted fingerprint sensor and face unlock for security. The phone houses a 4,000mAh battery and supports Dolby Atmos technology.

The Samsung Galaxy M01 Core flaunts a 5.3-inch HD+ TFT display and is powered by the MediaTek MT6739 SoC coupled PowerVR Rogue GE8100 GPU, up to 2GB RAM, and up to 32GB storage that is further expandable via microSD card slot. The phone runs Android 10 Go Edition out of the box. As for the optics, the Galaxy M01 Core has an 8MP primary camera and a 5MP snapper on the front for selfies and video chats. The handset packs a 3,000mAh battery. Connectivity options include 4G VoLTE, Wi-Fi 802.11 b/g/n, Bluetooth 5.0, and GPS + GLONASS.