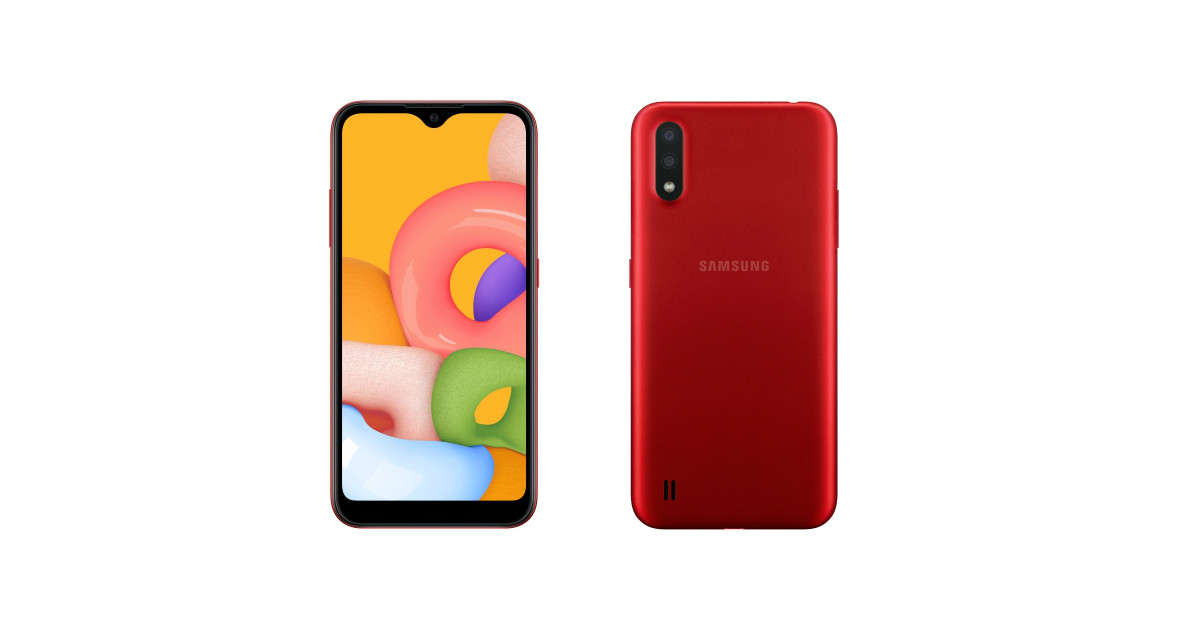 Samsung Galaxy M01s launch seems to be inching closer. The handset was spotted on the Google Play Console yesterday, suggesting that it could be a rebrand of the Galaxy A10s that was introduced in August 2019. The handset has also been certified by TUV Rheinland with model number SM-M017F/DS. Now, the Galaxy M01s has been spotted on the official Samsung India website, thereby confirming the India launch could be imminent. The listing also mentions the handset will have a 3GB RAM variant; this also suggests there may be other RAM options in the making. 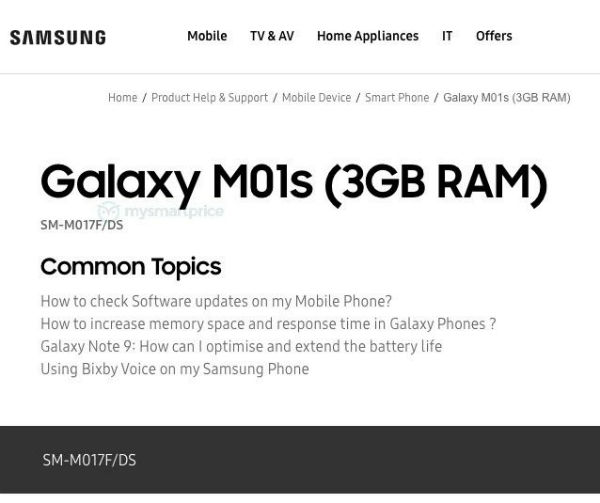 The Google Play Console listing suggested the Samsung Galaxy M01s specifications will include the MediaTek Helio P22 SoC and an Infinity-V HD+ display with 720 x 1,520 pixels resolution. Separately, it is said to pack a 4,000mAh battery with 15W fast charging, dual-SIM slots, and support for single-band 2.4GHz Wi-Fi connection. The Galaxy M01s is likely to boot Android 10 OS with OneUI 2.0 custom skin on top. While the camera details aren’t clear, we expect a similar setup as the Galaxy A10s. It could have a 13MP primary sensor and a 2MP secondary lens. On the front, it could have an 8MP snapper for video chats and selfies.

connectivity features could include 4G LTE, Wi-Fi, Bluetooth 5.0, GPS, and probably a USB Type-C port. considering it’s a budget phone, the Galaxy M01s may not have a physical fingerprint sensor. Unfortunately, not much is known about the Samsung Galaxy M01s at the moment, but since we’re coming across newer details, the official launch should be right around the corner.