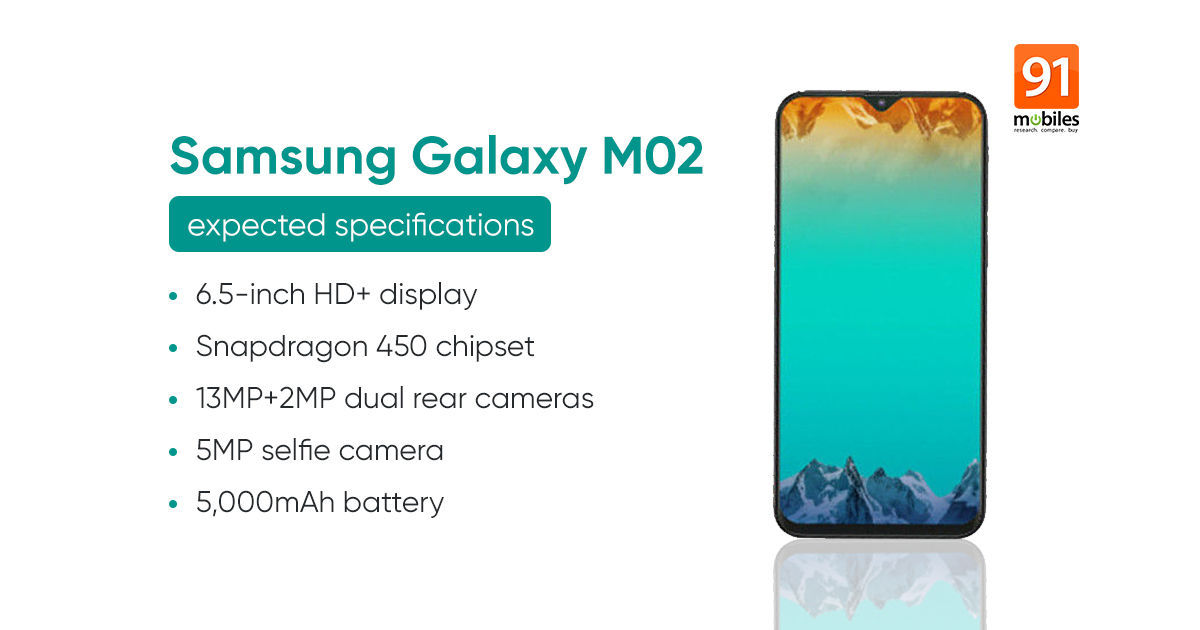 Samsung Galaxy M02 India launch is set for Tuesday, February 2nd at 1 PM IST. There is no word yet on whether the product will be launched via a livestream event. It is quite possible that the Galaxy M02 price in India and the Amazon sale date will be revealed at 1 PM IST.

Samsung Galaxy M02 is confirmed to feature a 6.5-inch HD+ Infinity-V display. The smartphone is speculated to be powered by the Qualcomm Snapdragon 450 chipset paired with 3GB RAM and 32GB internal storage. The handset will likely ship with Android 10-based One UI.

The upcoming budget Samsung phone may feature a dual-camera system that includes a 13MP primary lens and a 2MP sensor. The phone may also get a 5MP front-facing camera for selfies. Samsung has already confirmed that the smartphone will pack a 5,000mAh battery and fast charging support seems unlikely. Connectivity options should include 4G LTE, dual SIM support, 2.4GHz Wi-Fi, among other things.