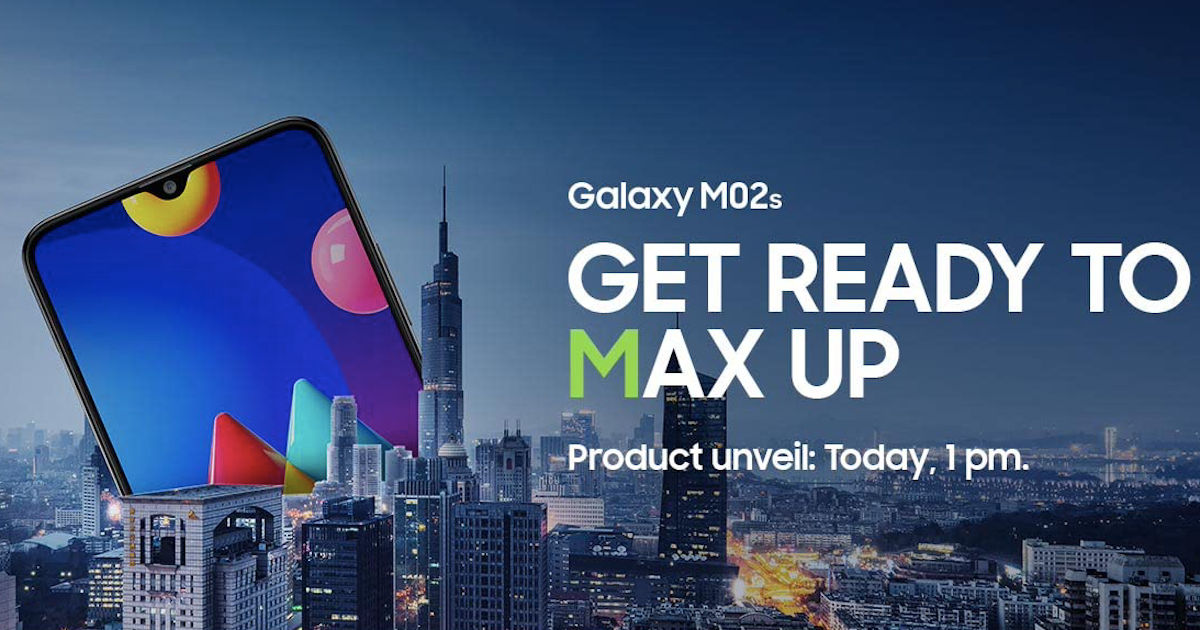 Samsung Galaxy M02s India launch is set for later today and it will be the first smartphone from the brand to launch in the country in 2021. The smartphone’s launch has been teased on Amazon and the e-commerce platform has revealed several key features of the device. Additionally, the Samsung Galaxy M02s specifications are no mystery since the phone went official in Nepal a couple of days ago. We also know the Samsung Galaxy M02s price in Nepa, which gives us an idea of what the phone will cost in India. Here’s what we know about the upcoming budget Samsung phone.

Samsung Galaxy M02s comes with a 6.5-inch HD+ Infinity-V display. The device gets a waterdrop notch and slim bezels on the top and sides but with a sizeable chin. The smartphone, which was launched in Nepal earlier this week, is powered by the Qualcomm Snapdragon 450 chipset paired with 4GB RAM. The handset packs a large 5,000mAh battery with 15W fast charging support.

Samsung Galaxy M02s specs also include 64GB internal storage with support for storage expandability up to 512GB. The smartphone comes equipped with a triple camera system that includes a 13MP primary camera, a 2MP macro lens, and a 2MP portrait lens. The device gets a 5MP front-facing camera, Android 10-based OneUI, and Adreno 506 GPU. The Samsung Galaxy M02s comes in Blue, Black, and Red colour options.