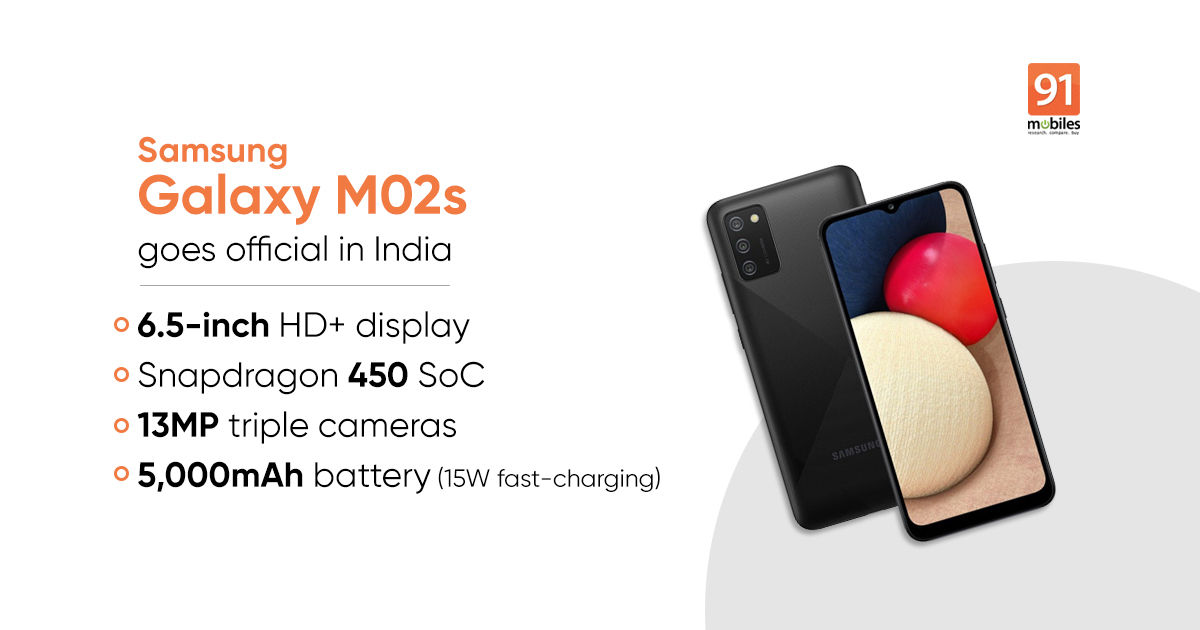 Samsung Galaxy M02s price in India, specifications, and availability details have been announced as the phone goes official in the country. It comes as the latest budget offering from the brand with triple cameras housed in a rectangular module, an Infinity-V waterdrop display, multiple colour options, and 15W fast-charging support. The Samsung Galaxy M02s will look to take on Realme Narzo 20A, POCO C3, Redmi 9 Prime, and other budget phones in the sub-Rs 10,000 price segment. Key Galaxy M02s specifications include a 6.5-inch HD+ display, Snapdragon 450 SoC, a 5,000mAh battery, 64GB internal storage, and Android 10 OS.

Samsung Galaxy M02 price in India is set at Rs 8,999 which is presumably for the base variant with 3GB RAM and 32GB internal storage. The price of the 4GB + 64GB model is yet to be revealed. The phone comes in Red, Black and Blue colour options and will be on sale via Amazon. The company is yet to announce a sale date for the device. 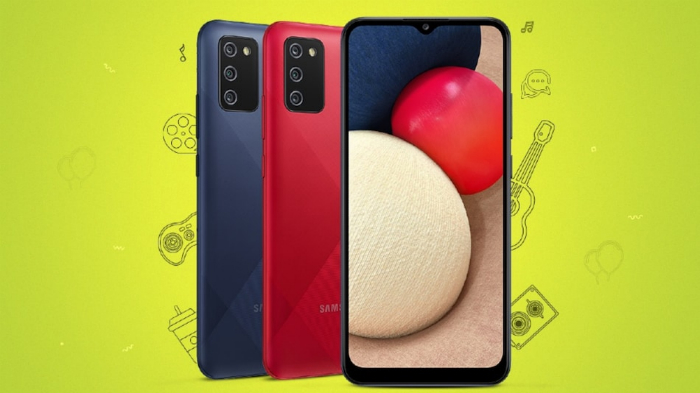 Samsung Galaxy M02s sports a 6.5-inch HD+ Infinity-V display with a sizeable chin at the bottom. The smartphone is powered by the Qualcomm Snapdragon 450 chipset paired with up to 4GB RAM and 64GB storage that is further expandable up to 512GB via a microSD card. It runs on Android 10-based OneUI custom skin on top. The handset packs a 5,000mAh battery and supports 15W charging. Connectivity features include 4G LTE, Wi-Fi, Bluetooth, GPS, 3.5mm audio jack, and USB Type-C port.

Samsung Galaxy M02s is equipped with triple cameras that consist of a 13MP primary sensor, a 2MP macro lens, and a 2MP portrait lens. On the front, it has a 5MP snapper for selfies and video chats. It doesn’t have a physical fingerprint sensor, instead, buyers will have to rely on patter/pin-based authentication for security.