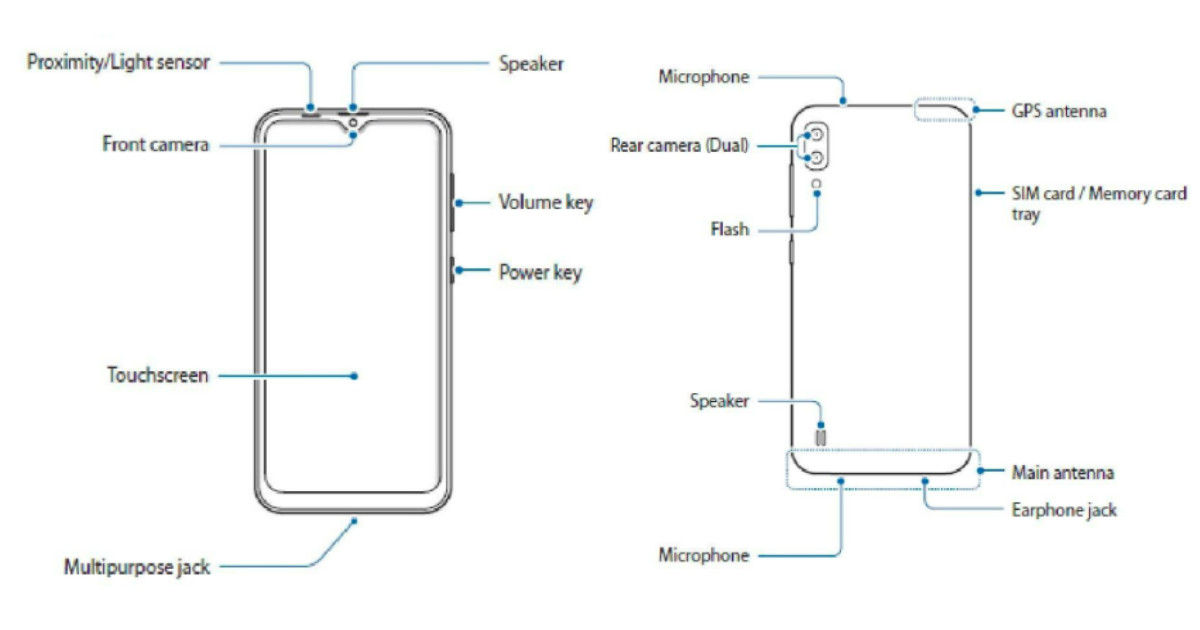 “While the leaked schematics detail every bit of the upcoming Samsung Galaxy M10, the user manual also reveals no fingerprint scanner on it”

Samsung Galaxy M10 specifications have leaked in their entirety in an exhaustive leak, leaving just the retail price and the native storage option a mystery. Moreover, screenshots of the Galaxy M10 user manual, first spotted on SlashLeaks, have revealed schematics of the upcoming smartphone. While the leaked details are mostly in line with previous leaks and the general structure of budget smartphones, there are a couple of things that are worthy of being discussed.

For one, despite being targeted at the budget segment of Indian smartphone market, Samsung Galaxy M10 will sport dual-rear cameras, featuring a 1/3.06″-type 13-megapixel primary sensor with an f/1.9 lens and a 1/5″-type 5-megapixel depth-sensing secondary sensor with f/2.2 lens. A standard LED flash accompanies the rear imaging unit. While this is quite commendable for a smartphone that is expected to be priced at around the Rs 10,000 mark, Samsung appears to have balanced the cost by not including a fingerprint sensor. The Galaxy M10, hence, may depend on a rather rudimentary facial unlock in brightly lit conditions, along with the old-school code/ pattern-based unlocking method.

Apart from these, however, everything else seems to be in order. The smartphone will be positioned below Galaxy M20, but is still expected to retain the waterdrop-style Infinity-V notch on its 19:9 LCD display. The key Samsung Galaxy M10 specifications revealed by the leak include a 6.2-inch HD+ display (720 x 1,520 pixels), the Exynos 7872 SoC with 2GB and 3GB RAM options, Android 8.1 Oreo-based software, and a 3,400mAh battery. It will to be 7.7mm thick and weigh 160g, as per the listing. And while the storage variants have not been detailed here, we can expect 16GB and 32GB storage paired with the 2GB and 3GB variants, respectively. 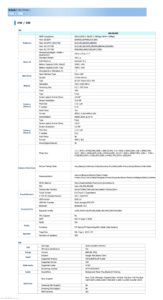 Samsung is slowly inching towards the launch of its new budget smartphones, with the upcoming Galaxy M series of devices. The Galaxy M10 in question here is expected to be the budget variant, while the Galaxy M30 will be a comparatively more premium offering, and the Galaxy M20 sitting in the middle. While there may be no strike-out feature that has been noticed so far, the Galaxy M10 will look to capitalise on Samsung’s brand strength and offline retail network to take up a fair share of India’s robust budget smartphone market.