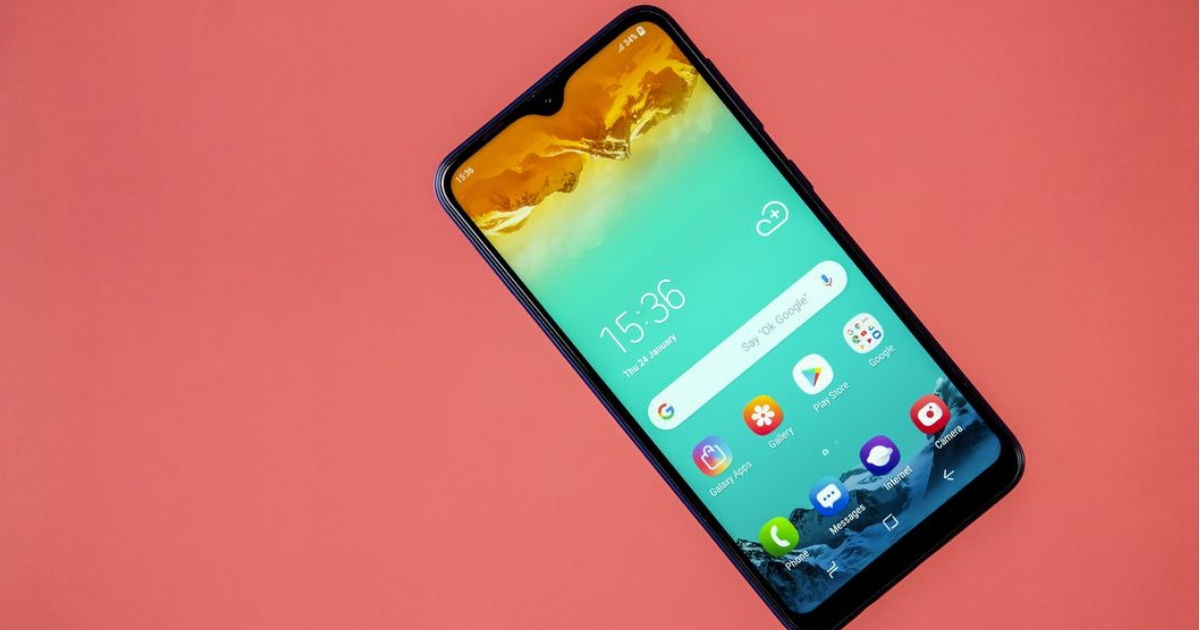 According to the Wi-Fi Alliance listing, the Samsung Galaxy M10s smartphone will support Wi-Fi b/g/n, WPA, WPA2, and Wi-Fi Direct standard. It also shows the handset will be limited to single-band 2.4GHz Wi-Fi standard, sticking to its predecessor’s budget roots. Lastly, we can see the smartphone will be powered by Android 9 Pie. 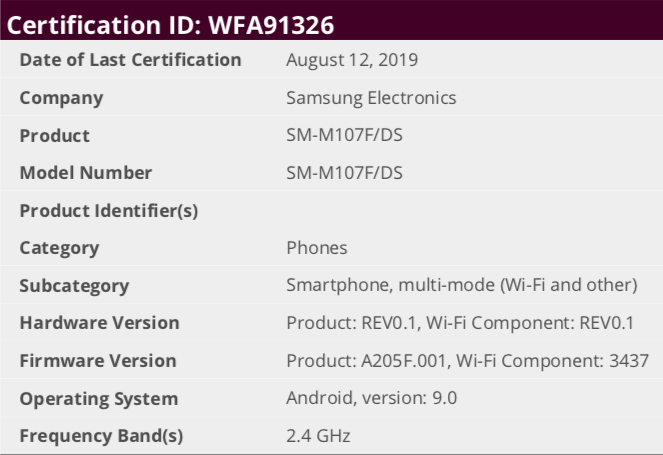 Previously, Samsung Galaxy M10s had been in the rumour mill but there had been no concrete evidence of its existence, until a couple of days ago. The Samsung Galaxy M10s specifications appeared online thanks to Geekbench listing, revealing the handset will have the octa-core 1.35GHz Exynos 7885 SoC, 3GB of RAM, and Android 9 Pie operating system. It scored 1,222 and 3,202 in single-core and multi-core tests, respectively. To recall, the M10 has the octa-core 1.6GHz Exynos 7870 processor, 2GB and 3GB RAM options, and Android 9 Pie-based custom One UI.

Considering the Samsung Galaxy A10s has been launched with incremental upgrades over the Galaxy A10, we can expect the M10s to feature relatively small upgrades too. The new A10s has a different chipset, dual rear cameras, higher resolution selfie camera, fingerprint sensor, and a bigger battery. As for the full Samsung Galaxy A10s specifications, you get a smartphone with 6.2-inch HD+ display, 2GHz octa-core Helio P22 processor, and Android 9 Pie-based UI. It comes with 2GB RAM, 32GB internal storage, and up to 512GB microSD card support. On the camera front, you get a 13MP + 2MP dual camera setup and an 8MP selfie shooter. Battery capacity of the handset is 4,000mAh and there is a rear-mounted fingerprint sensor. The Samsung Galaxy A10s price in India will be Rs 7,990, we had previously learnt.