91mobiles.com
Home News Samsung Galaxy M11 could be the cheapest phone with a punch-hole display,... 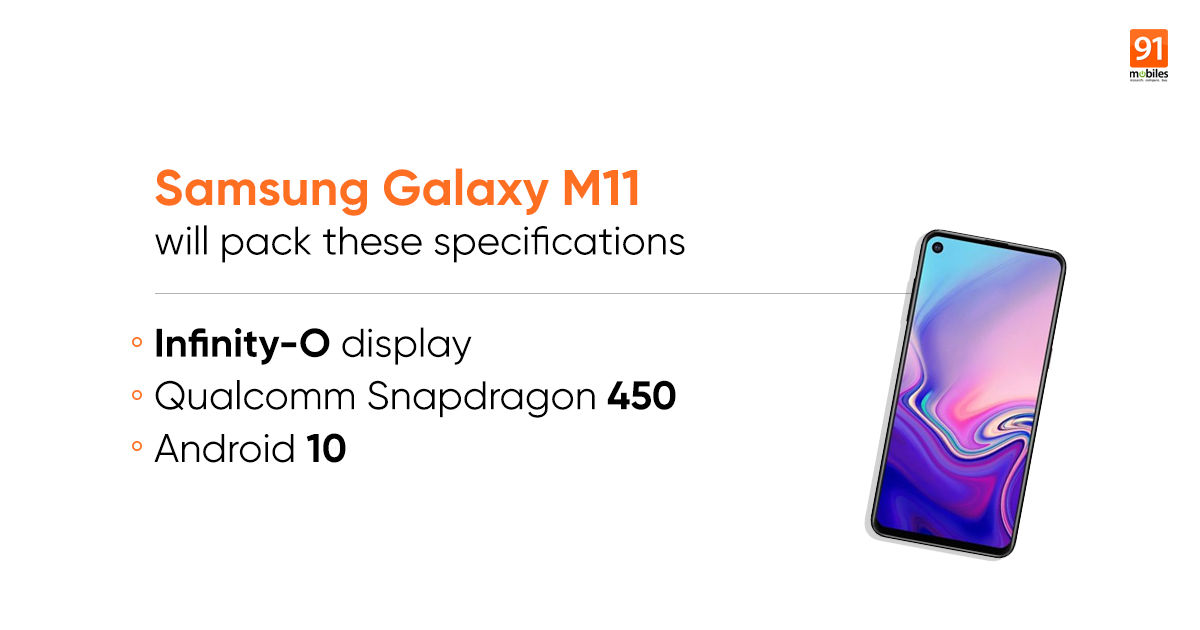 According to the listing, the Samsung Galaxy M11 specifications will include an Infinity-O display that bears 720 x 1,560p resolution and a small cut-out for the selfie camera at the top right corner. The handset is said to house the Qualcomm Snapdragon 450, similar to the Galaxy A20s, under the hood. This will reportedly be coupled with 3GB of RAM; however, we can expect other memory options as well. The phone will be driven by Android 10, which will most likely have One UI 2.0 skin running atop, out of the box.

Additionally, the Samsung Galaxy M11 may feature the power button and volume rocker on the right spine. Going by the previous leaks and rumours, the handset is expected to come in a violet colour option. That’s all the information we can divulge at the moment. Samsung is yet to confirm the launch of the Samsung Galaxy M11, which has already been approved by the Wi-Fi Alliance a couple of months ago.

Boycotting Chinese phones? What the Indian market looks like without Xiaomi, Realme, OnePlus, and more