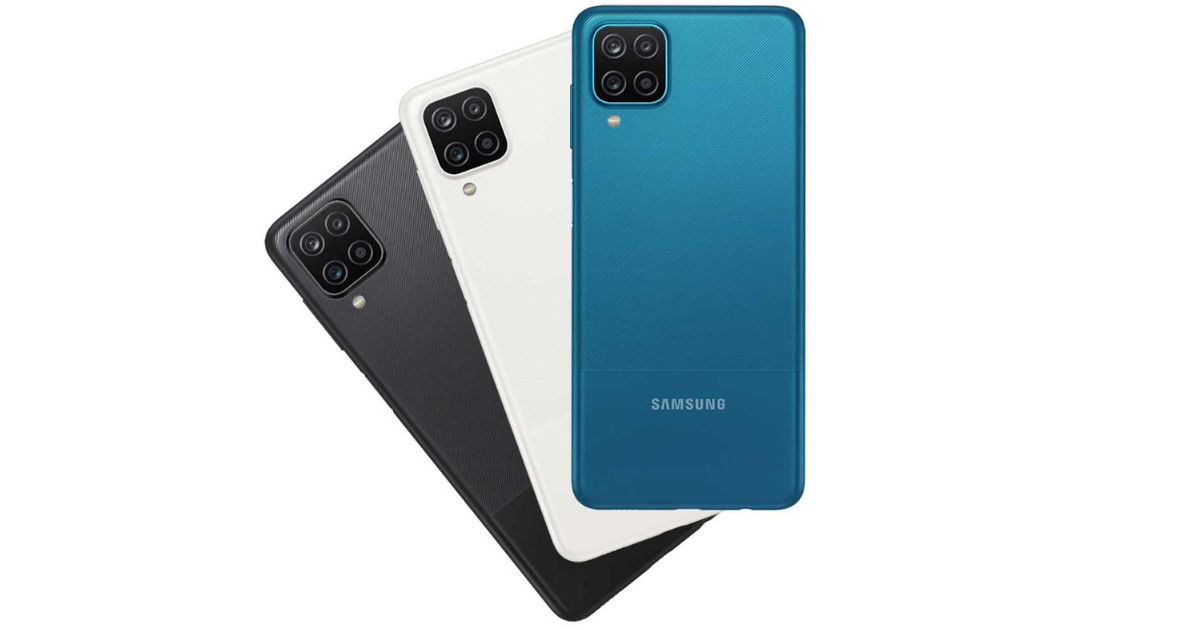 Samsung has announced a price hike for the Galaxy M12 and Galaxy F12 budget smartphones in India, 91mobiles has learned. The company has increased the pricing by Rs 500, with the new pricing being effective starting today i.e September 7th across both offline and online stores. Both phones are basically equipped with the same hardware and also share a similar design language. The devices feature a 90Hz display, quad-rear cameras, a large 6,000mAh battery, and only differ when it comes to the RAM/storage configurations. Let’s take a look at the Samsung Galaxy M12 and Galaxy F12 prices in India. 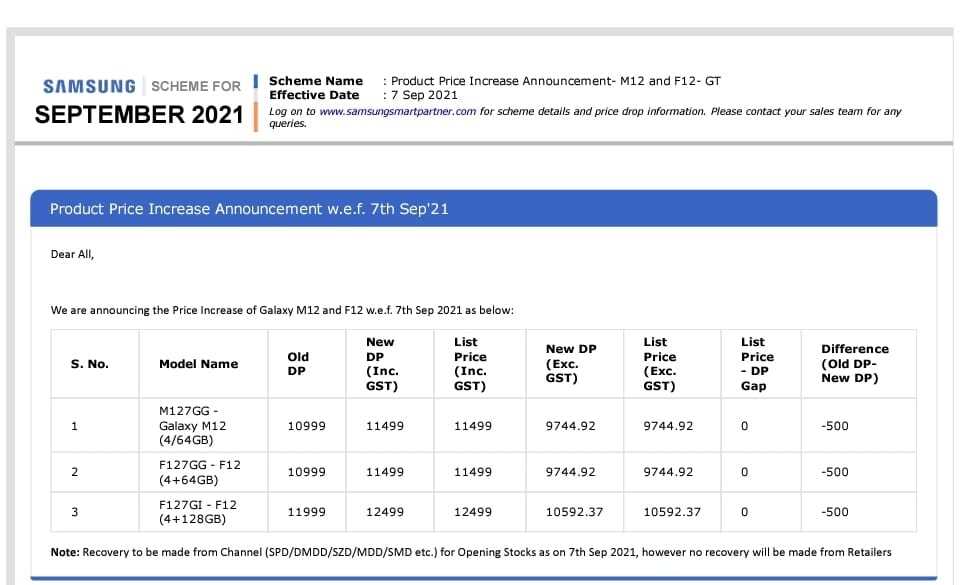 As mentioned earlier, the new pricing is effective starting today, and you’ll be able to purchase the phones both online and via offline retailers.

Samsung basically rebranded the Galaxy M12 and launched it as the Galaxy F12 a month later. Both devices offer the same hardware and similar design. They’re powered by the Exynos 850 SoC, which is paired with up to 4GB RAM and 128GB internal storage. There’s a 6.5-inch HD+ LCD display with a 90Hz refresh rate and a waterdrop notch. A side-mounted fingerprint scanner is available on both smartphones.

In the camera department, both devices have a quad-rear camera setup with a primary 48-megapixel sensor, a 5-megapixel ultra-wide unit, and dual 2-megapixel sensors for depth and macro effects. Selfies and video calling is handled by an 8-megapixel camera upfront. Both phones house a large 6,000mAh battery that supports 15W fast charging via a USB Type-C port. They run Android 11 based OneUI 3.1, and also offer Dolby Atmos support.