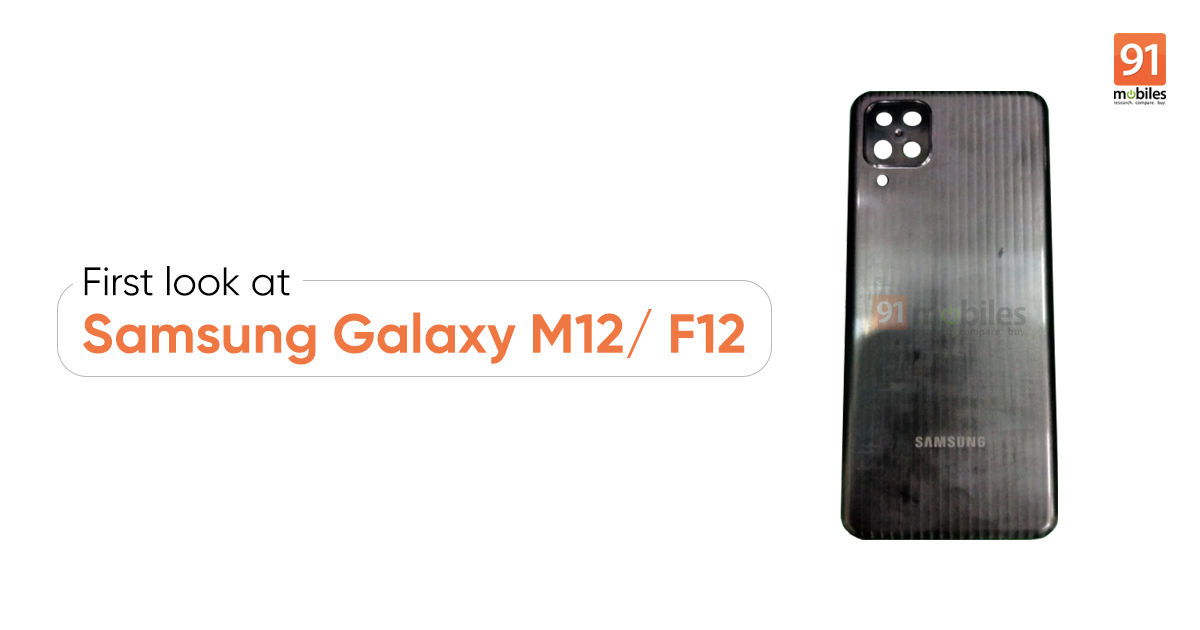 The Samsung Galaxy M12/ Galaxy F12 live images show a new textured finish at the back with Samsung’s branding at the bottom, a squarish camera module at the top left corner, and a cutout for the LED flash just below. While it’s evident from the images, our sources have reiterated that the module will pack as many as four sensors, though the camera specs remain vague at the moment. Unlike the Samsung Galaxy M11, the Galaxy M12/ F12 will not pack a rear-mounted fingerprint scanner. The sensor will likely double up as a power button on the side of the frame.