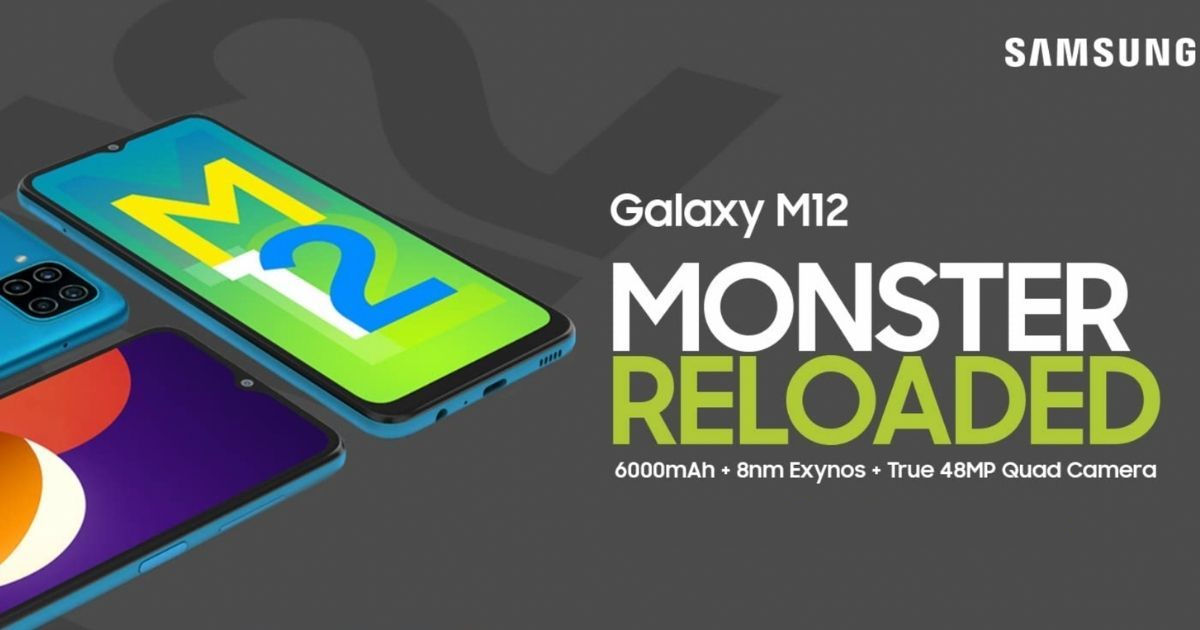 Samsung Galaxy M12 launch date in India has been officially revealed through a teaser on Amazon India. The ‘Notify Me’ page has gone live on the e-commerce website and it reveals several details of the phone, including the launch date. As per the page, the Samsung Galaxy A12 India launch is set for March 11th. We had earlier reported that the phone would be launched in March, and now we have an official date. The smartphone’s specifications are already known since the phone has been released in Vietnam. However, we still have to wait till March 11th to find out the Samsung Galaxy M12 price in India.

The teaser page on Amazon India has revealed the Galaxy M12 India launch date as March 11th at 12 noon. The page doesn’t reveal if users would be able to purchase the phone on the same day. Nevertheless, if you’re interested in the phone, you can hit the ‘Notify Me’ button to get notified when the phone goes on sale. 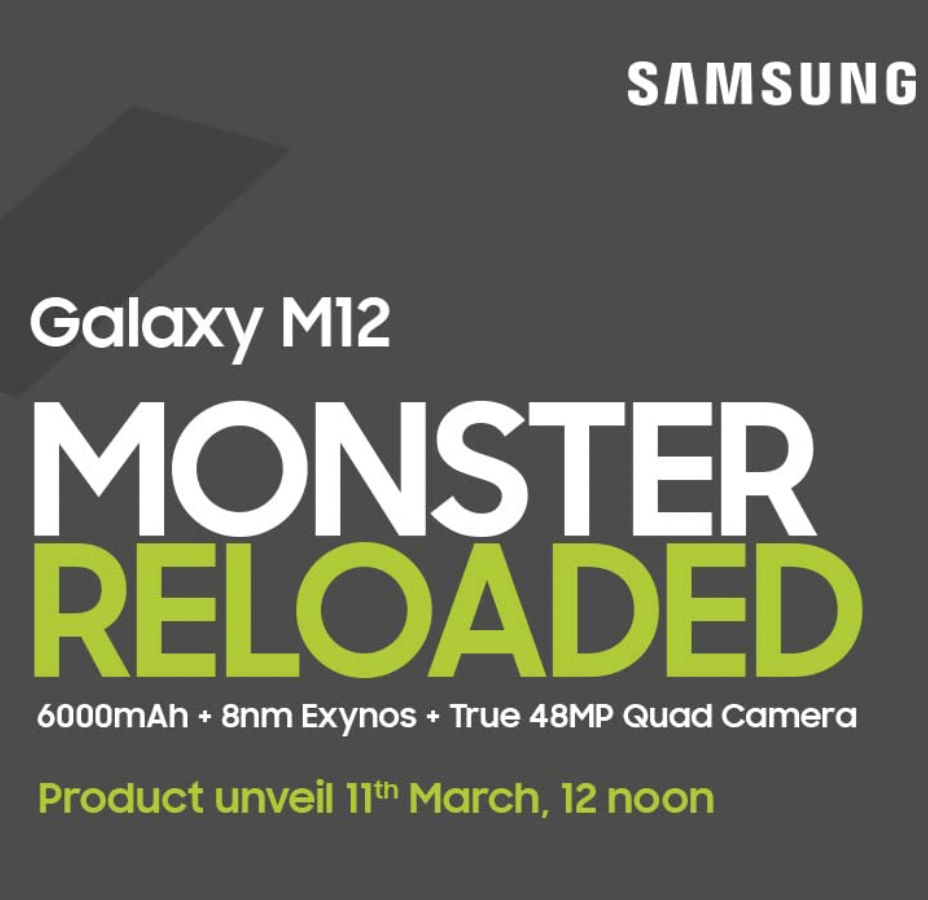 The Amazon India product page for the Galaxy M12 also gives away some of its key specifications. It confirms that the phone will feature an 8nm Exynos chipset, a 6,000mAh battery, a 90Hz 6.5-inch Infinity-V display, and a 48-megapixel quad rear camera setup. The phone will use the upgraded Samsung ISOCELL GM2 48-megapixel sensor at the back. You can also expect multiple days of usage thanks to the combination of the 6,000mAh battery and the efficient 8nm processor.

In Vietnam, the phone comes with 6GB of RAM and 128GB of storage, which is probably the base variant. The Samsung Galaxy M12 sports a 6.5-inch LCD display that offers an HD+ resolution and standard 60Hz refresh rate. It also gets a 16-megapixel front camera, a headphone jack, microSD card slot, dual 4G LTE support, and a side-mounted fingerprint scanner.

A recent leak also stated that the Samsung Galaxy M12 price in India would be below Rs 12,000. Only 10 days to go till the official pricing will be revealed.