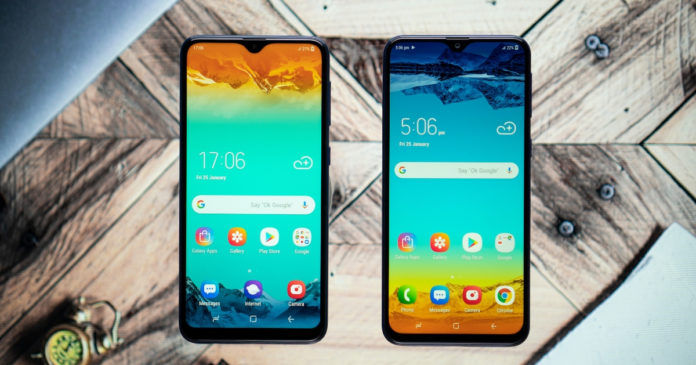 Samsung Galaxy M10 (review) and Galaxy M20 (review) are also set to go for sale in India for the very first time today. The phonemaker introduced the handsets last month in the country as the first models in the new M series, which features the Infinity V display with waterdrop notch. Interested buyers can now purchase the M series offerings from e-commerce platform Amazon and Samsung’s official e-store. The sales will begin at 12pm IST on both websites.

As for launch offers, Samsung has partnered with telecom operator Jio to offer 4GB data per day on Rs 198 and Rs 299 recharge packs for early Galaxy M10 and Galaxy M20 buyers. Buyers will get benefit worth up to Rs 3,110 with the offer. Apart from this, Amazon customers will get no-cost EMIs for up to 6 months, cases and covers for the two handsets at Rs 149, and total damage protection at Rs 699.

The Galaxy M10 and M20 both boast of Infinity V displays that aim to offer an immersive viewing with almost bezel-less design and small cut-out up top. It’s worth mentioning that both the smartphones come with the same primary camera setup (13-megapixel + 5-megapixel), Widevine L1 license for HD content, and Android Oreo-based Experience UI 9.5 UI out of the box.

Of the two, the Galaxy M20 is the relatively more premium smartphone. The handset flaunts a 6.3-inch display with Full HD+ resolution (1,080 x 2,340) and a screen-to-body ratio of 90 percent. It has 1.8GHz octa-core Exynos 7904 chipset ticking at its core. The device employs 3GB/ 4GB of RAM and 32GB/ 64GB internal storage, which is user expandable up to 512GB by adding a microSD card. Other than the dual rear cameras, the front camera of the phone gets an 8-megapixel shooter. The entire setup is run by a whopping 5,000mAh battery with fast charging support. For security, there’s a rear-mounted fingerprint sensor.

The Galaxy M10, on the other hand, sports an HD+ 6.22-inch display with the same screen-to-body ratio as its sibling. The phone is powered by Exynos 7870 chipset, which is accompanied by 2GB/ 3GB of RAM and 16GB/ 32GB internal storage. The storage can be further boosted up to 512GB via microSD card. As stated above, it states the same dual-rear camera setup as the Galaxy M20; however, the on Galaxy M10 is a 5-megapixel shooter. The phone is run by a 3,400mAh battery and offers a face unlock feature instead of a fingerprint sensor.