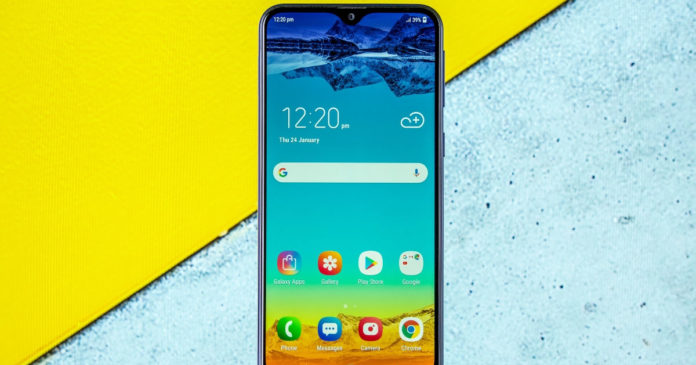 A new Samsung Galaxy M20 variant with a bigger battery is in the works, suggests a report by GalaxyClub. The new phone will reportedly be called the Samsung Galaxy M20s, and it is said to arrive with a huge 5,830mAh battery. This will be around 1,000mAh bump over the one present on its predecessor, which has a battery capacity of 5,000mAh. The South Korean tech giant is allegedly working on the Galaxy M20s with the model number SM-M207, suggests the source. The report also mentions that the product code of the battery of the upcoming budget Samsung phone is “EB-BM207ABY”.

The report suggests that just like the Galaxy M20, the upcoming Samsung Galaxy M20s variant with a bigger battery could be aimed at the developing markets like India initially. While it’s not confirmed, but the leaked 5,830mAh battery for the Galaxy M20s will just the “rated” capacity, and it could arrive with a 6,000mAh “typical” power cell instead. Unfortunately, there’s no word regarding the other specs of the device at the moment, but we expect it to share a number of features with the Galaxy M20.

As for the Samsung Galaxy M20, the phone was launched in India in January this year as a budget offering. Targeted towards millennials, the device offers a near bezel-less display and other interesting features like dual primary cameras at the rear. The handset comes with a 6.3-inch FHD+ display with a screen-to-body ratio of over 90 percent. The other highlights include an octa-core Exynos 7904 processor, 13MP + 5MP dual rear cameras, an 8MP selfie snapper, and a 5,000mAh battery that supports 15W fast-charging.

The Galaxy M20 is currently available in India for Rs 9,990 for the 3GB RAM model, while it’s 4GB RAM variant costs Rs 11,990. The phone is up for grabs on Amazon India as well as the brand’s e-store.