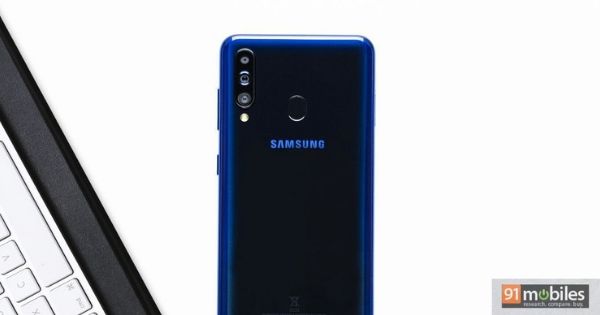 Since its launch in January this year, the Samsung Galaxy M series has been quite successful. Samsung launched the Galaxy M10, M20, M30, and Galaxy M40 smartphones, with the M10 being the most affordable of the lot. Considering their success, it’ only obvious that the company would launch upgrades to these smartphones. Now, a new leak revealed key specifications for the Galaxy M21, Galaxy M31, and Galaxy M41. As can be expected, these devices would include upgraded chipsets and improved cameras.

A recent leak had also revealed Samsung’s roadmap for the 2020 A series phones. The upcoming A series phones will offer up to a 108-megapixel camera. The same is the case with the M series, but don’t expect a 108MP sensor here. According to the tipster Sudhanshu Ambhore, the Galaxy M21 will come with the Exynos 9609 chipset, which is a big upgrade from the Exynos 7904 processor found on the Galaxy M20 (review). The new device will also have a 24-megapixel primary rear camera paired with a 5-megapixel depth unit.

With the Galaxy M31, Samsung will apparently utilise the Snapdragon 665 chipset paired with 6GB RAM. To recall, the Galaxy M30 (review) comes with the Exynos 7904 chipset, similar to the M20. The camera setup on the M31 will also be upgraded to a 48MP primary sensor, a 12MP ultra-wide and a 5MP depth sensor. The M30 features a 13-megapixel primary camera that’s paired with a 5-megapixel ultra-wide and 5-megapixel depth shooter.

Coming to the Samsung Galaxy M41, it will be powered by the Exynos 9630 processor with up to 6GB RAM. Meanwhile, the Galaxy M40 (review) uses the Snapdragon 675 chip. While the Exynos 9630 hasn’t been announced officially yet, it’s said to be the successor to the Exynos 9610 processor and is also tipped to power some of the A series phones in 2020. The Galaxy M41 will reportedly feature a 64-megapixel main camera that would be paired with the 12-megapixel ultra-wide and a 5-megapixel depth sensors.

We have a long wait to find out if these specifications are accurate, so we’d advise you to take it with a pinch of salt unless we get more concrete details.