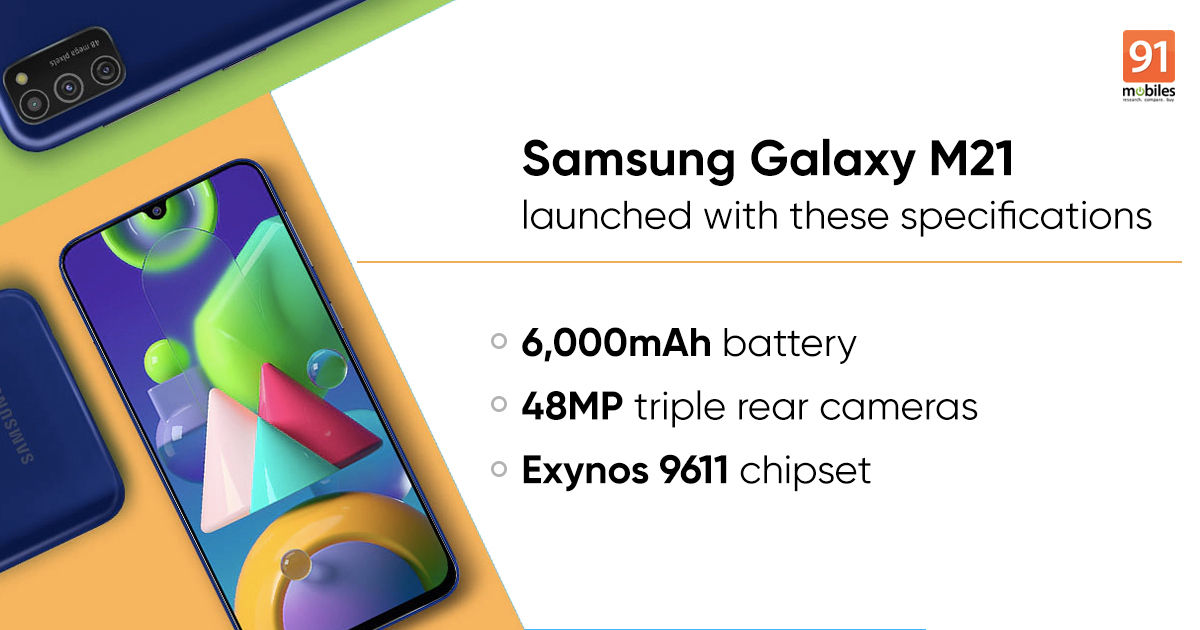 Update: Samsung has clarified in a press release that the official Galaxy M21 price in India starts at Rs 13,499 for the 4GB + 64GB model, while the 6GB + 128GB variant will cost Rs 15,499 on Amazon India, Samsung.com and offline retail stores. The company is providing an introductory offer on Amazon worth Rs 500, which effectively brings the price of the Galaxy M21 down to Rs 12,999 and Rs 14,999, respectively. The above prices and introductory offer will be applicable till March 31st. From April 1st, the Galaxy M21 price may be hiked due to the recent increase in GST rate.

Samsung Galaxy M21 price in India starts at Rs 12,999 for the 4GB RAM variant with 64GB internal storage variant. The price of the 6GB + 128GB variant has not been revealed on Amazon yet. The smartphone will go on sale starting March 23rd at 12PM on Amazon India and it will be available in Midnight Blue and Raven Black colours. The Galaxy M21 should also be available via offline retail stores across India just like the Galaxy M31 and Galaxy M30s.

Coming to the specifications, the Samsung Galaxy M21 ships with a 6.4-inch Super AMOLED Infinity-U display with full HD+ resolution and U-shape notch atop for the selfie camera. The handset rocks tried-and-tested Exynos 9611 chipset coupled with up to 6GB RAM and up to 128GB native storage that is further expandable via microSD card by up to 512GB. The smartphone houses a massive 6,000mAh battery and supports 15W fast charging. It runs on Android 10-based One UI 2.

The Samsung Galaxy M21 sports a triple-camera setup at the back, which comprises of a 48MP primary sensor, an 8MP ultra-wide-angle lens with 123-degree field-of-view, and a 5MP depth sensor for portrait shots. For selfies and video calling, it features a 20MP snapper on the front. The phone has a rear-mounted fingerprint scanner for security and Dual 4G VoLTE, dual-band Wi-Fi, Bluetooth 5.0, GPS + GLONASS, and USB Type-C for charging and data sync as connectivity options.