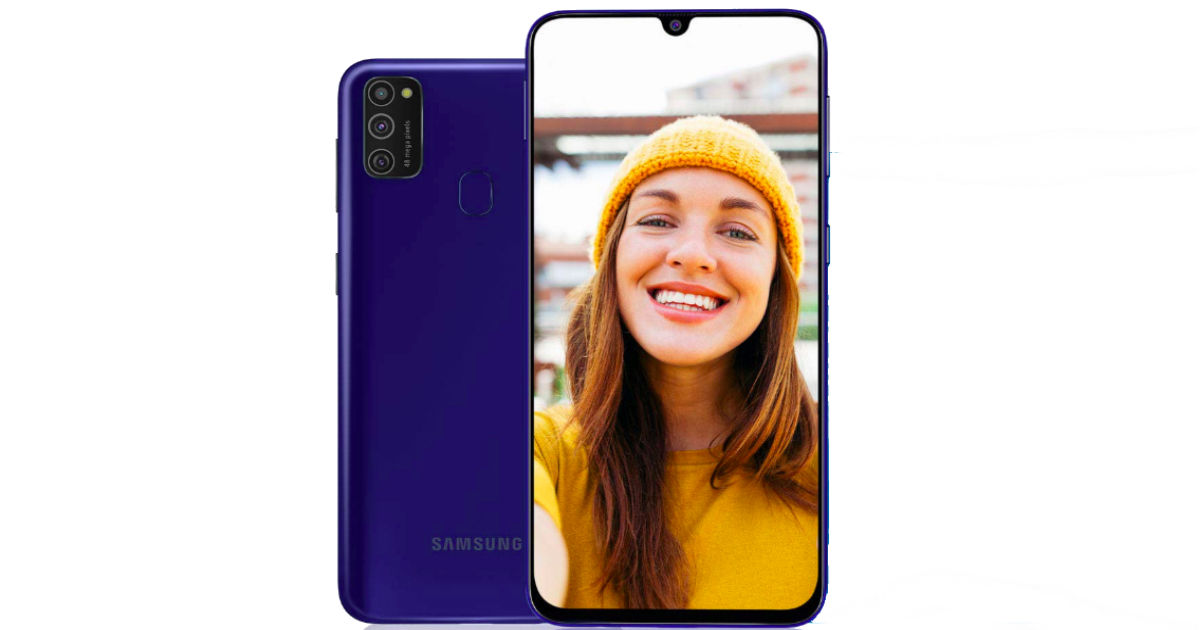 Samsung Galaxy M21 launch date in India is set for March 16th and the smartphone is set to succeed the Galaxy M20 and Galaxy M20s. After a recent poster leak revealed the entire front-design of the phone, the Galaxy M21 has now been listed on Amazon India. The Amazon India listing confirms the phone will be available on the e-commerce platform following its launch in India as well as key Galaxy M21 specifications. The smartphone is confirmed to feature a 6,000mAh battery, sAMOLED display and a 48MP triple camera setup.

In addition to a mammoth battery and triple cameras, the Samsung Galaxy M21 will also sport a 20MP snapper on the front for selfies and video chats. There is also a rear-mounted fingerprint sensor for security. These specifications are almost similar to the Galaxy M30s, something that 91mobiles had reported on previously. The Galaxy M21 is also expected to go on sale via offline retail stores in India.

Samsung Galaxy M21 specifications could include a 6.4-inch Super AMOLED full HD+ display with Infinity U-panel. The smartphone is said to be powered by the Exynos 9611 chipset coupled with up to 6GB RAM and up to 128GB native storage that is further expandable via microSD card. The handset should ship with Android 10-based One UI 2.0. Connectivity features include Dual 4G VoLTE, dual-band Wi-Fi, Bluetooth 5.0, GPS + GLONASS, and USB Type-C

As for the photography, the Samsung Galaxy M21 features a triple rear camera setup consisting of a 48MP primary sensor, an 8MP ultra-wide-angle lens with 123-degree field-of-view, and a 5MP depth sensor for portrait shots. On the front, there is a 20MP snapper for selfies and video calling. It has a rear-mounted fingerprint scanner for security. The handset will house a 6,000mAh battery and may support 15W fast charging.