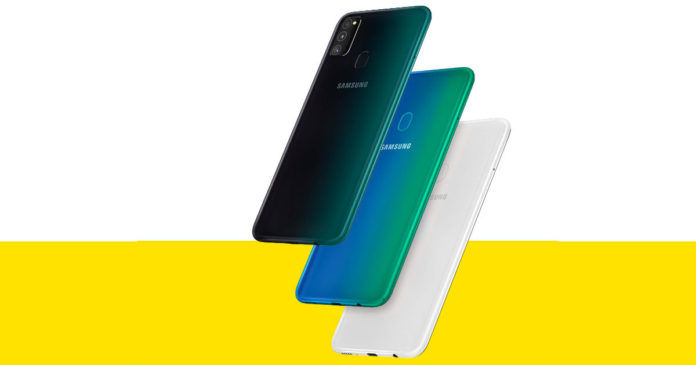 The Samsung Galaxy M30s smartphone has officially been launched in India, putting the rumour mill at rest. The handset is a follow-up of the Galaxy M30, which was introduced earlier this year. The Samsung Galaxy M30s flaunts the same 6.4-inch Infinity-U display but rocks the latest Exynos 9611 mobile platform, 48MP triple rear cameras, and a beefy 6,000mAh battery. The battery cell is the most in Samsung smartphone and is backed by 15W fast-charging tech. The M30s is equipped with up to 6GB RAM + 128GB storage and Samsung’s One UI atop Android 9 Pie out of the box. In addition to this – as reported by 91mobiles previously, Samsung has also introduced a new 3GB RAM and 32GB ROM variant of the regular Galaxy M30 smartphone.

The Samsung Galaxy M30s price in India starts at Rs 13,999 for the base 4GB RAM + 64GB storage variant. The phone’s 6GB RAM + 128GB storage option will retail at Rs 16,999. The M30s will be available in dual-tone Opal Black, Sapphire Blue, and Pearl White colour options. Interested buyers will be able to purchase the handsets from September 29th onwards only on Amazon.in and Samsung’s e-store. 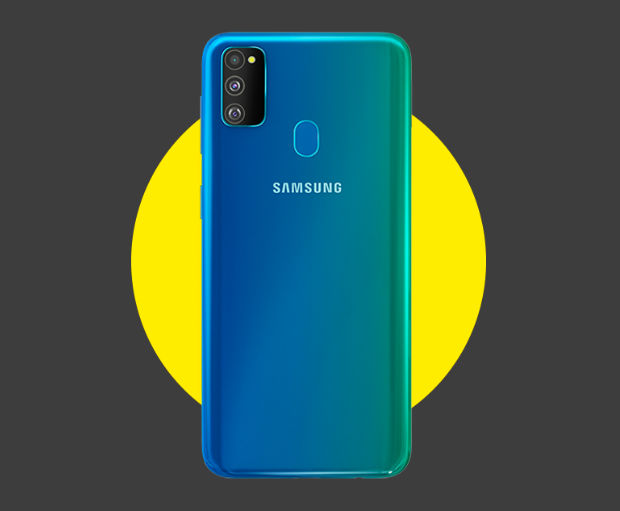 Talking about the specifications, the Samsung Galaxy M30s has an all-display fascia. The handset features a 6.4-inch Super AMOLED panel that bears Infinity-U notch and Full-HD+ resolution. The phone also has Widevine L1 certification that enables consumers to watch HD content across streaming platforms. The phone is powered by Samsung’s Exynos 9611 chipset, which rocks the mid-range Galaxy A50s smartphone as well. The SoC is paired with 4GB/ 6GB RAM and 64GB/ 128GB user-expandable storage. 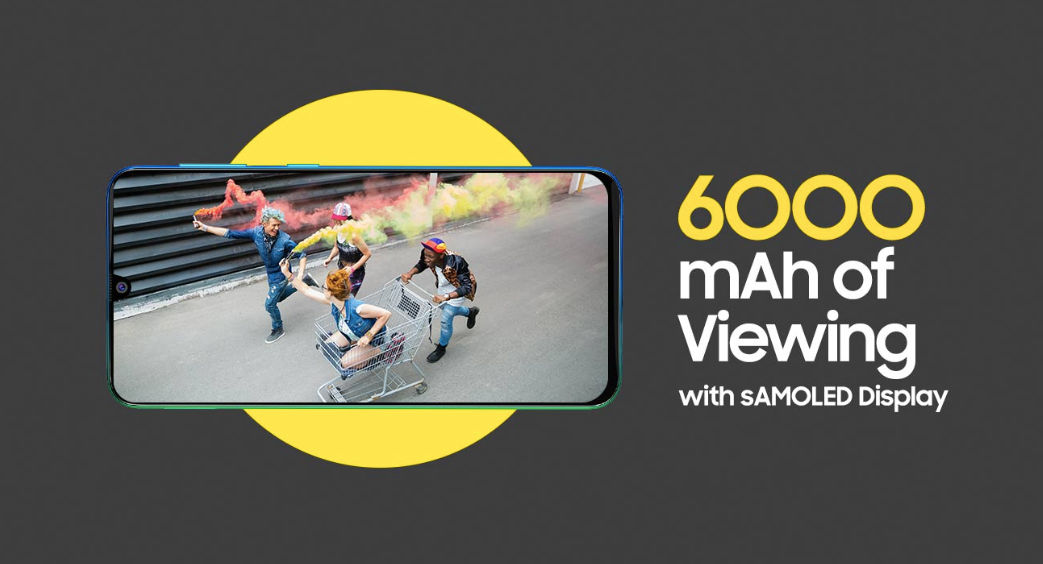 Software-wise, the Samsung Galaxy M30s runs Android 9 Pie-based One UI out of the box. Keeping the package up and running is a whopping 6,000mAh battery that is said to offer 29 hours of video playback, 49 hours of voice calls, and over 131 hours of music playback. The handset has 0.468 W/Kg Head SAR value, 8.9mm thickness, and weighs 188 grams. A rear-mounted fingerprint scanner rounds off the specs sheet.

The core specs of the Samsung Galaxy M30 remains the same, except that it will be cheaper thanks to the 3GB RAM and 32GB storage onboard. The handset boots Android 8.1 Oreo-based on Experience UI out of the box and houses 5,000mAh battery with 15W fast charging. The handset sports a 6.4-inch full-HD+ Super AMOLED Infinity-U display, Exynos 7904 SoC, and triple rear cameras of 13-megapixel + 5-megapixel + 5-megapixel shooters. The front camera gets a 16-megapixel snapper for selfies and video calling. The M30 features a rear-mounted fingerprint scanner and includes 4G LTE, dual-SIM slots, Wi-Fi, Bluetooth, USB Type-C port, and GPS with GLONASS as connectivity options.