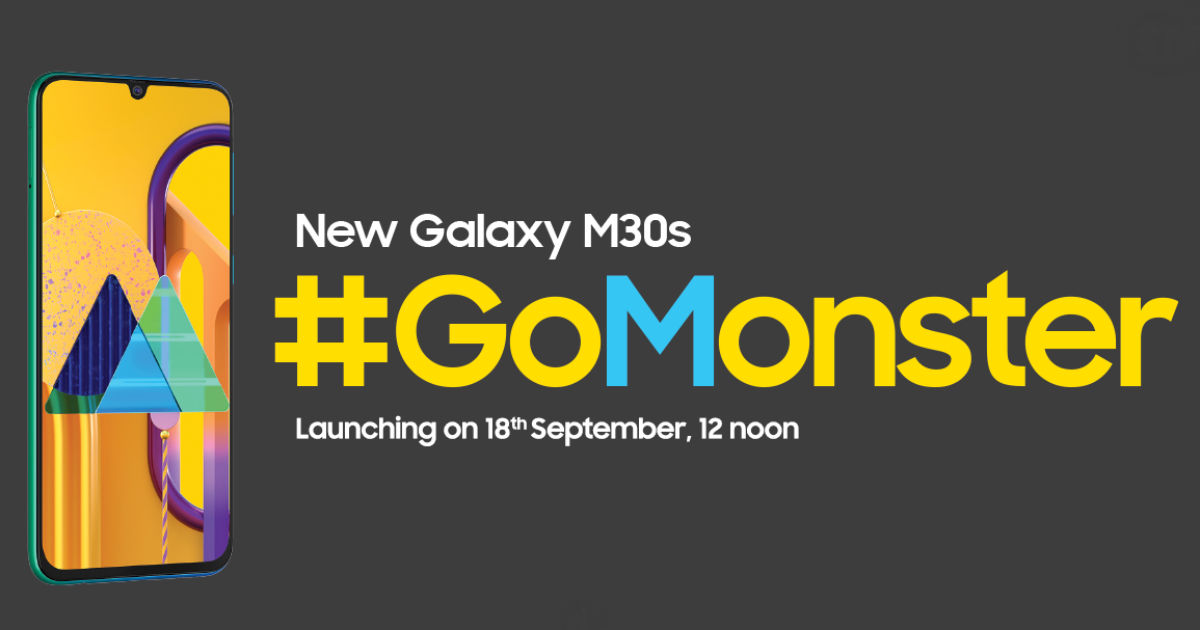 Samsung Galaxy M30s is known to be in the works for quite some time. The handset received Wi-Fi Alliance certification recently and was also spotted on the Android Enterprise listing, revealing display size, RAM, storage variants and more. Now, putting an end to the speculations, the Galaxy M30s is listed on Amazon.in along with key specifications, including the previously reported mammoth 6,000mAh battery. The dedicated Samsung Galaxy M30s listing page also hints at a 48MP primary rear camera among the triple camera sensors and a SUPER AMOLED display with a waterdrop notch to accommodate the selfie snapper.

Amazon also mentions “a new powerful processor” however, doesn’t mention a name, but going by the benchmarks, it could be Exynos 9610 or the Exynos 9611. Moreover, the page also says the device will be launching in India on September 18th. To recall, Amazon is Samsung’s online partner for the Galaxy M-series. The Google Enterprise listing suggests the Galaxy M30s would ship with a 6.4-inch Infinity-U Full HD+ display, 4GB RAM coupled with 64GB and 128GB storage options. It’s likely to run on Android 9.0 Pie with One UI on top and rock a rear-mounted fingerprint sensor for security. 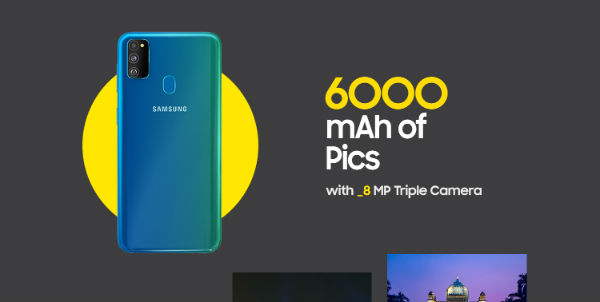 In terms of optics, the Galaxy M30 is said to sport a 16-megapixel sensor for selfies and video calling. The triple camera setup on the rear is expected to include a 48MP primary lens, a 5-megapixel secondary depth sensor with f/2.2 aperture, and an 8-megapixel ultra-wide sensor with f/2.2 aperture. The handset is tipped to ship with two RAM and storage configurations: 4GB RAM + 64GB and 6GB RAM + 128GB. The 6,000mAh battery should have fast charging support as well. Since we now have a launch date, we don’t have to wait much longer to find out more.