91mobiles.com
Home Feature Samsung Galaxy M30s: everything we know so far about upcoming smartphone in... 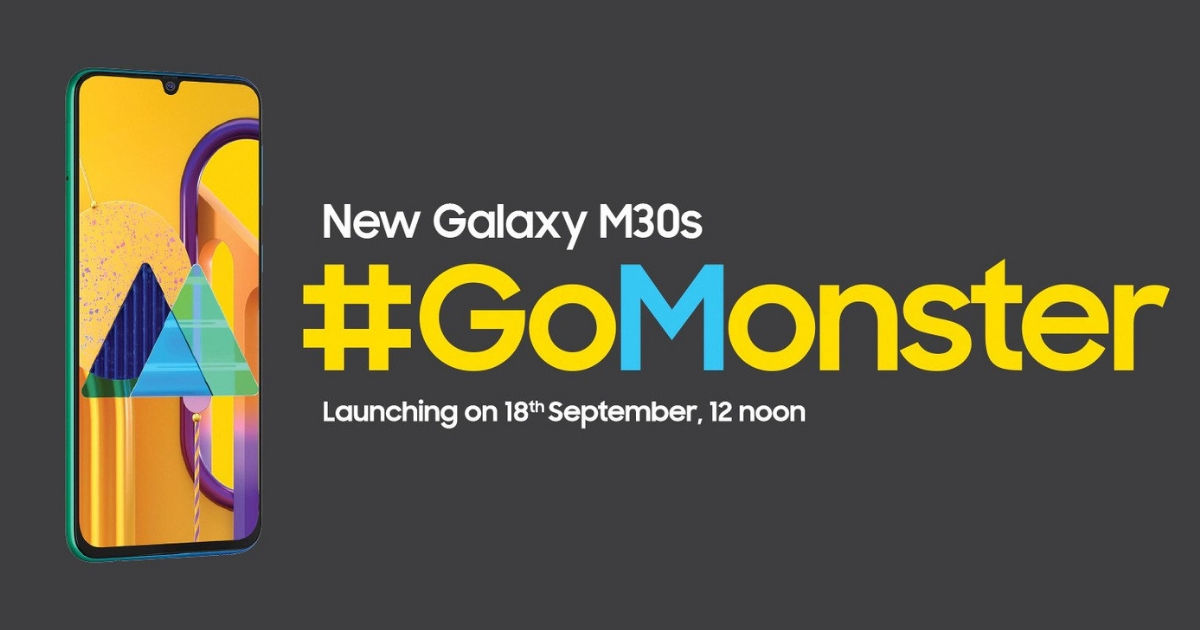 “With a 6,000mAh battery, the Samsung Galaxy M30s will trump its rivals with its battery backup”

The Galaxy M series is all set to get a big boost with the launch of the all-new Samsung Galaxy M30s. This new handset is being teased by the brand right now, with a bit-by-bit reveal of its highlight-worthy features. But that isn’t stopping all the usual leaks from flowing in on a regular basis. Owing to this, we have more than a fair idea of what to expect from this upcoming smartphone. And for making it easier for you, we’ve compiled everything we know about the Samsung Galaxy M30s at one place. Let’s begin.

An Amazon page has already been created for this Samsung phone ahead of its launch, and what it has more than confirmed is that a whopping 6,000mAh battery will be powering the Samsung Galaxy M30s. Even by today’s standards, that is a lot of juice to carry around in your pocket. If a 4,000mAh battery is able to stretch a device’s usage to two days, a 6,000mAh unit will definitely be able to offer up to three days usage. And we’re sure the phone will ship with fast charging support as well, since its predecessor already offers 15W charging. That the new device will feature a USB Type-C port has also been confirmed.

The best part? Samsung has managed to pack a beefy battery without making the handset thick. In fact, weighing 188g, it’s not that bulky either.

There’s going to be a hefty upgrade going into the Samsung Galaxy M30s’ rear camera setup. Rumours and leaks are both pointing out that the main sensor will be a 48MP unit this time around. If you’re unaware, the original M30 bears a 13MP + 5MP + 5MP array on its back, offering ultra-wide angle support and portrait bokeh effects. The specifics of the other two cameras are still unavailable, but we can definitely conclude that they will still be offering ultra wide-angle lens and depth camera. For those who like the latter, the presence of the live focus mode on this phone will also be an excellent addition. 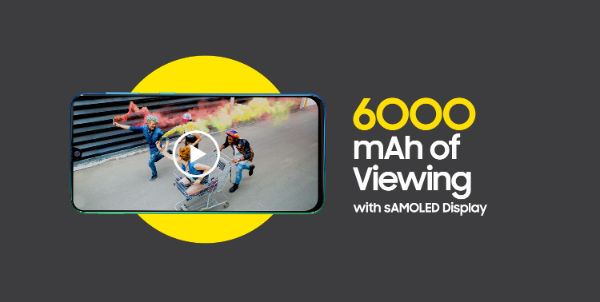 Earlier this month, an Android Enterprise listing revealed key specifications of the Samsung Galaxy M30s. Among them was the mention of a 6.4-inch full HD+ AMOLED display making its way onto the smartphone. This is the same panel that was present on the M30. It’s adequately bright, offers high contrast ratio and punchy colours. The Infinity U display houses a selfie camera up top and spreads almost entirely across the front surface. This, combined with the sAMOLED screen, results in an extremely immersive experience.

A few days back, Samsung’s Senior Vice President Asim Warsi confirmed to 91mobiles that the Samsung Galaxy M30s will ship with the company’s new Exynos 9611 chipset at its heart. As for the memory, the Samsung Galaxy M30s is expected to ship in 4GB and 6GB RAM variants, offering 64GB and 128GB of storage, respectively. That’s more than adequate combination for offering swift performance for your heavy apps and games, resulting in extremely smooth day-to-day usage. Add to it the powerful battery and an AMOLED panel, and the Samsung Galaxy M30s comes across as an ideal gaming phone.

Available on Amazon and Samsung.com

As its official page has confirmed, the Samsung Galaxy M30s is all set to be offered on Amazon. Buyers will also be able to purchase it off Samsung’s official website. The phone will be launched in India on September 18th at 12 noon. As for its price, the company has confirmed that the phone will be priced between Rs 15,000 to Rs 20,000. For a handset that offers a 48MP triple-camera setup, a 6,000mAh battery, a large Super AMOLED display and fast performance, the Galaxy M30s surely seems to be worth looking forward to.