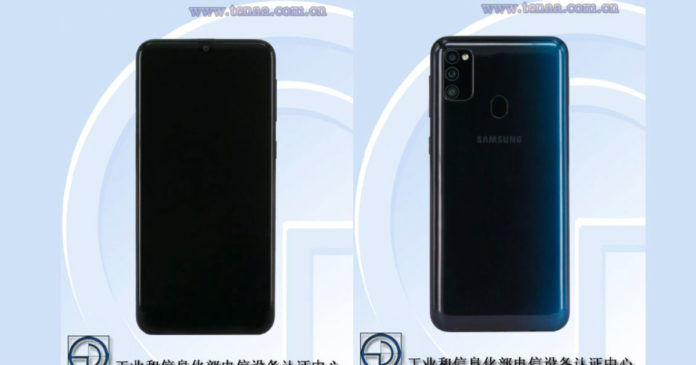 Samsung Galaxy M30s has allegedly surfaced on the Chinese certification authority TENAA, ahead of its release. The listing has revealed some additional details about the upcoming affordable smartphone, which were not known until now. The Galaxy M30s will sport a 24-megapixel shooter on the front for selfies and video calling, while its 6,000mAh battery will be backed by 18W fast charging. The tech will supposedly charge the phone at a faster speed compared to the regular Galaxy M30, which has 15W charging tech. As per the listing, the M30s will have 6.4-inch full-HD+ Super AMOLED display, which is in line with previous leaks and rumours.

The Galaxy M30s is slated to launch in India on September 18th as a successor to Galaxy M30 from earlier this year. The handset is expected to be powered by the Exynos 9611, which is yet to be released by Samsung. The SoC will be backed by 4GB/6GB of RAM and 64GB/128GB onboard storage, according to the TENAA listing. The triple rear cameras of the Galaxy M30s will reportedly pack 48-megapixel main sensor paired with an 8-megapixel ultrawide camera and 5-megapixel depth sensor on the rear.

Software-wise, the phone will come running Android 9 Pie-based OneUI out of the box. The Galaxy M30s price in India is expected to be around Rs 15,000. That’s all the information we can divulge at the moment.

Other than the Galaxy M30s, Samsung is also expected to launch Galaxy M10s and a new 3GB RAM variant of the Galaxy M30 smartphone. The M10s will be the successor of Galaxy M10, introduced earlier this year. The handset could ship with an octa-core 1.35GHz Exynos 7885 SoC, 3GB of RAM, 4,000mAh battery, and Android 9 Pie-based One UI operating system.