91mobiles.com
Home News Samsung Galaxy M31 will be more expensive than the Galaxy M30s in... 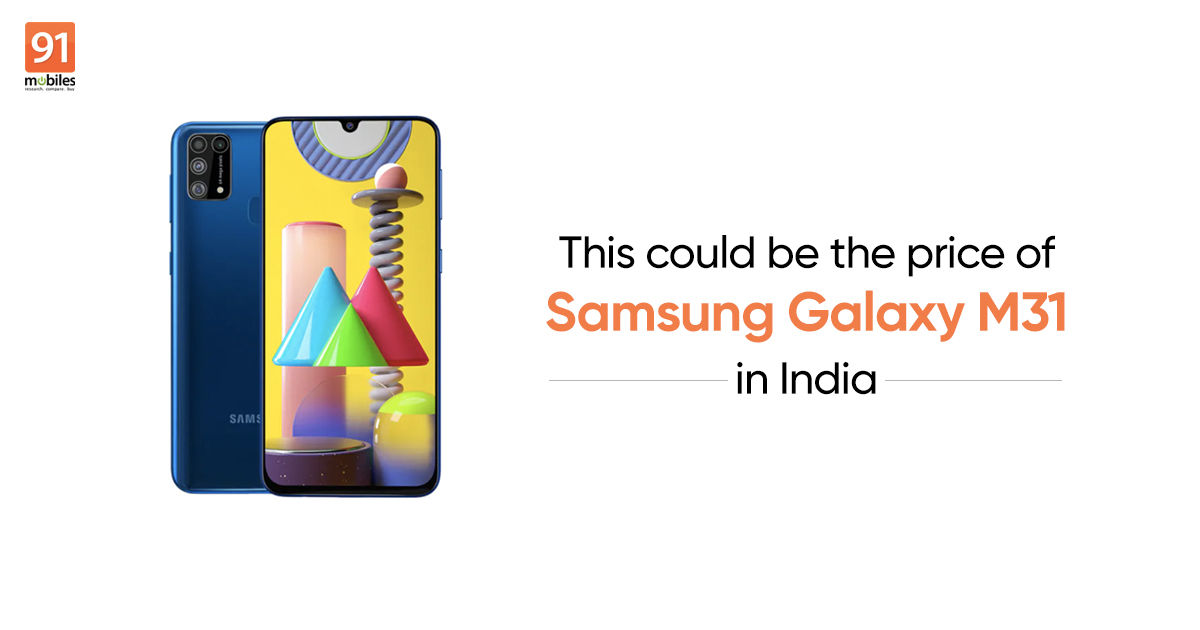 Samsung Galaxy M31 price in India has been leaked ahead of its launch on February 25th. News wire IANS has reported that the upcoming M-series handset from the brand will be priced slightly higher than its predecessor Samsung Galaxy M30s, which was launched at a starting price of Rs 13,999. The Samsung Galaxy M31, meanwhile, will reportedly cost Rs 15,999. The report also claims that the Samsung Galaxy M31 will come with two RAM and storage variants: 6GB + 64GB and 6GB + 128GB. The handset, as reported previously, will be available via both online and offline stores in the country.

Coming to the specifications, the Samsung Galaxy M31 is tipped to run Android 10-based One UI 2.0 out of the box. The handset is expected to flaunt a 6.4-inch full HD+ AMOLED display and Exynos 9611 SoC under the hood. The phonemaker is likely to ship the phone with 6GB RAM and up to 128GB user-expandable storage using a microSD card. The entire setup could be driven by a beefy 6,000mAh battery with fast charging support.

For photography, the Galaxy M31 could employ quad-rear camera with 64MP primary sensor, an ultra-wide-angle lens, a depth sensor, and a macro lens. The sensors will be placed in the L-shaped module along with an LED flash. The front camera of the phone is tipped to sport a 32MP shooter for selfies and video calling. In terms of connectivity options, you may get 4G LTE, Wi-Fi, Bluetooth 5.0, GPS, 3.5mm audio jack and USB Type-C port.