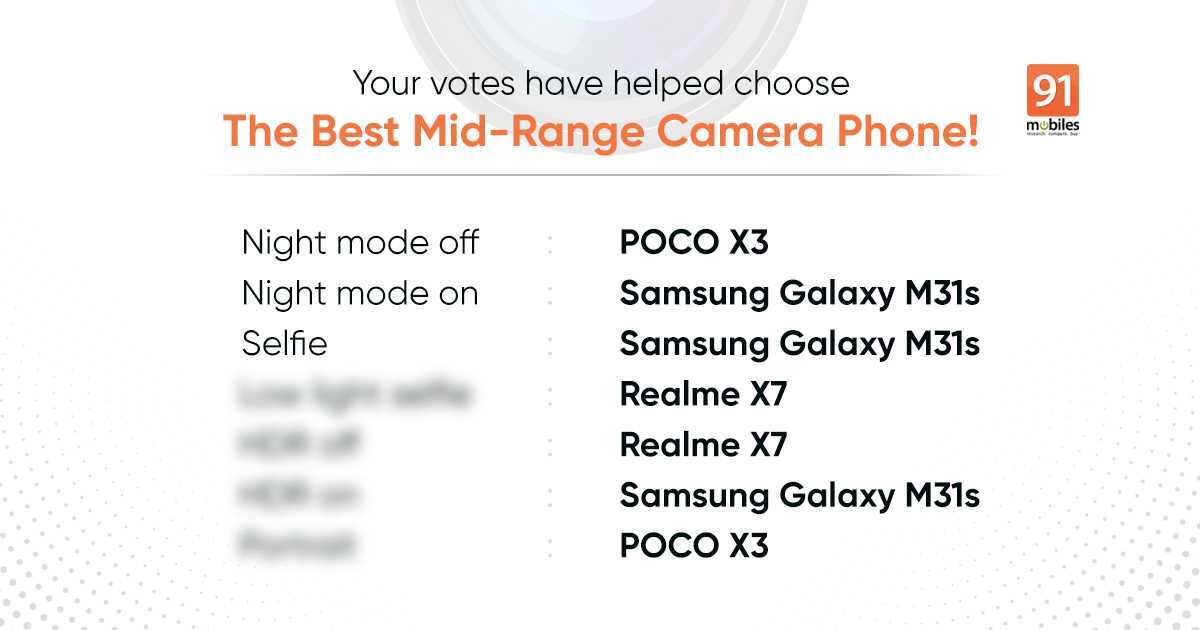 Gone are the days when you had to splurge to get a quality smartphone. Nowadays, most devices retailing in the budget and affordable segments offer incredible value and come laden with enticing features these days, including stunning designs and sharp optics to click photos across a variety of different scenarios. To that note, we recently conducted a blind camera test to give you a picture (pun intended) on some of the hottest-selling phones under Rs 20K. With over 20,000 votes per category, our audience has made their voices heard, so in this article, let’s take a look at the results of the Blind Camera comparison between the Realme X7, the POCO X3, the Samsung Galaxy M31s, and the Redmi Note 9 Pro Max. To reiterate, the winners mentioned here reflect the voice of our readers, and are based on the number of votes received for each shooting scenario. 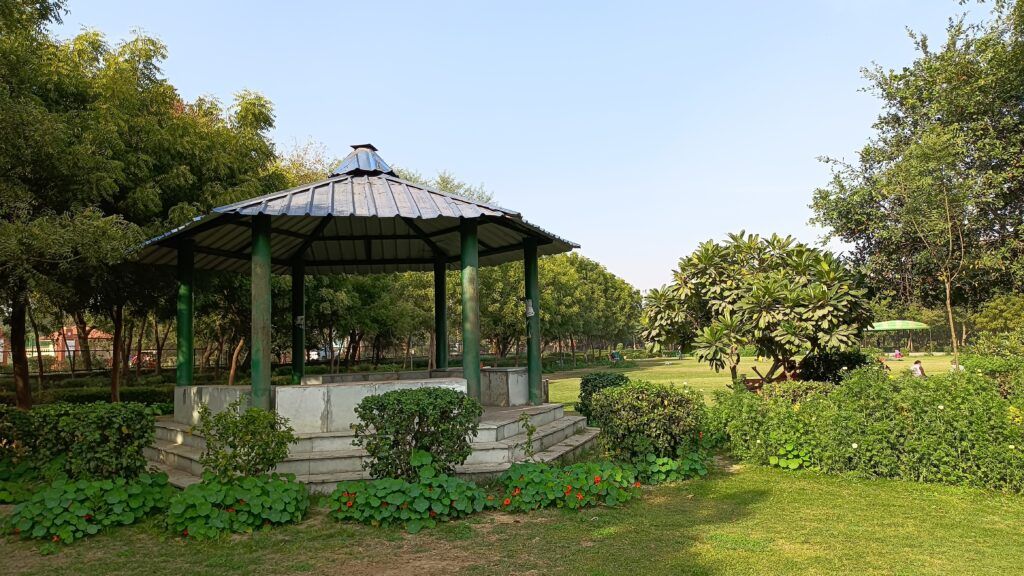 Realme has been making strides in the affordable segment and the company has diversified its portfolio under a handful of series, including the famed X-series of devices. The latest entrant in the same is the Realme X7 and the smartphone obliterated the competition in this first comparison shot, garnering 50 percent of the votes. Here, the smartphones were subjected to click a photo in broad daylight with the HDR mode disabled, and consequently, the images were left untouched by any major post-processing which would otherwise correct the hues, or balance out the exposure. The sheer volume of votes in Realme X7’s favour outline just how good the phone is in this particular scenario. 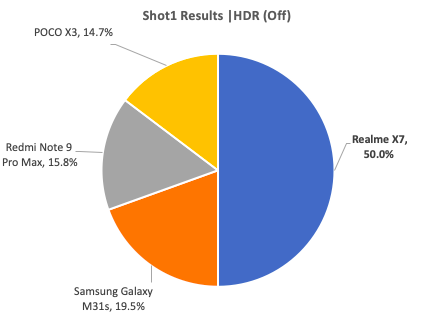 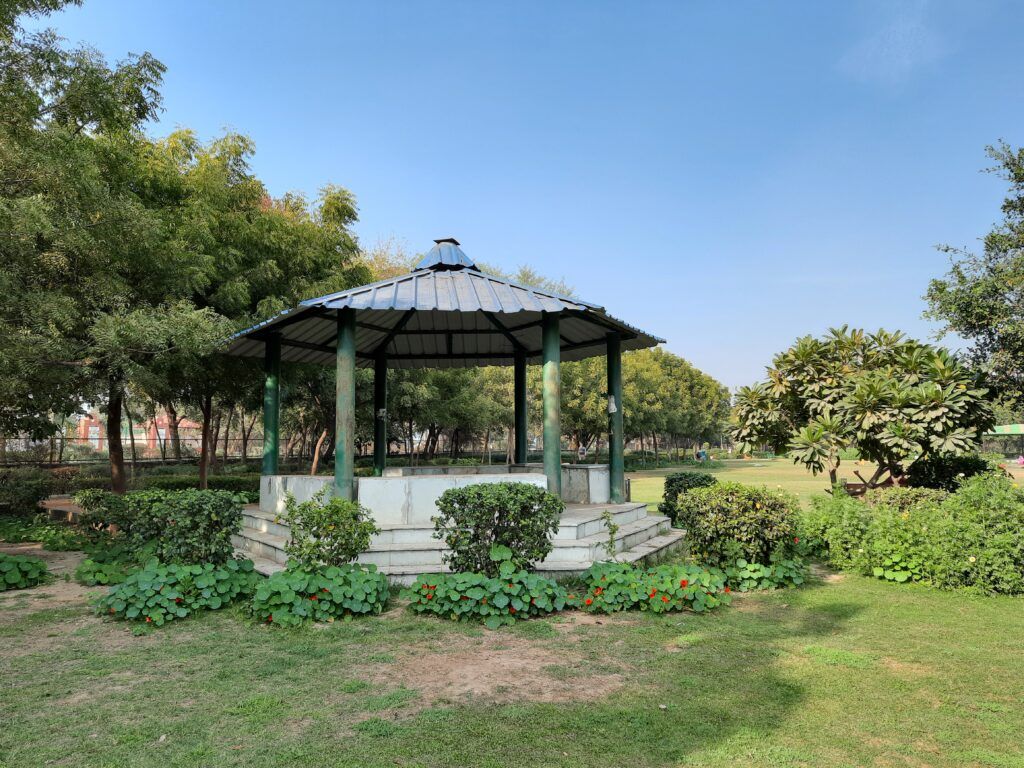 Samsung smartphones have a penchant for upping the saturation in its photos to make the end result appear more pleasing to the eyes. In fact, photos shot with the company’s Galaxy M31s with the HDR mode enabled highlight the handset’s tendency to make the blues and the reds stand out all that more. Not only that, the handset managed to squeeze out the details from the shadows quite eloquently too. Unsurprisingly, the Samsung Galaxy M31s walked away as the winner in this category, amassing over 53 percent of the votes. 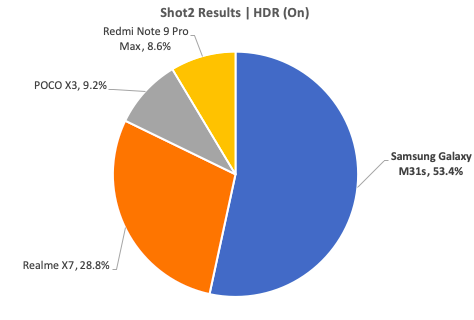 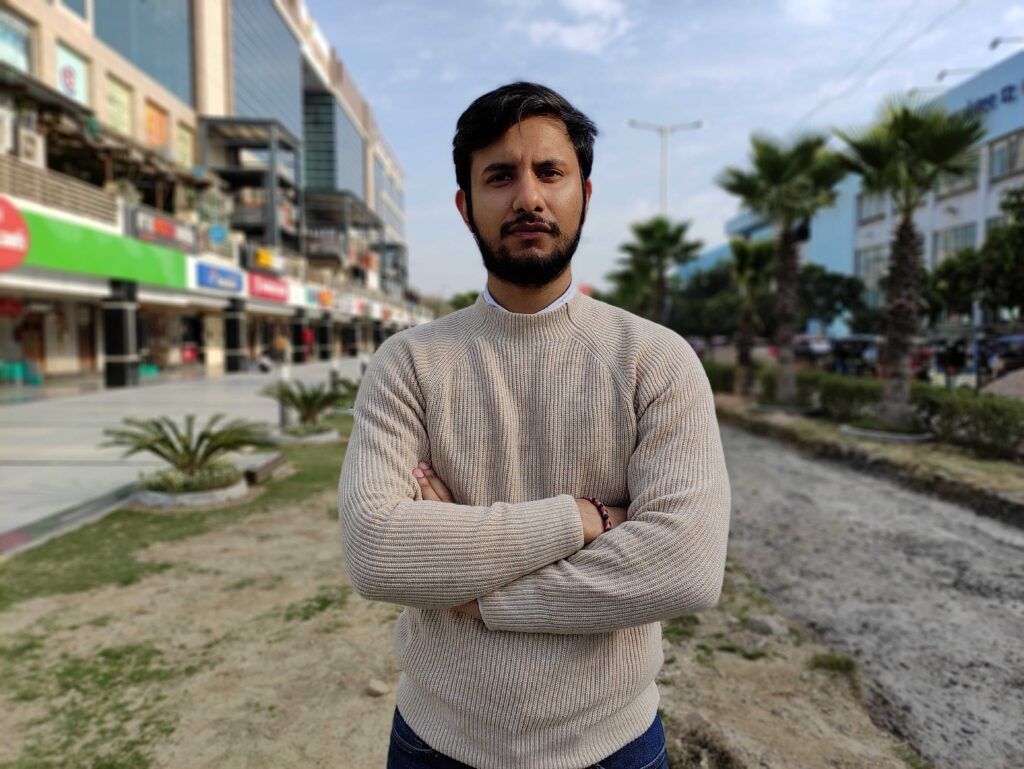 Most smartphone camera setups ship with a dedicated depth sensor which helps in mapping out a subject’s frame, as well as gauging the distance when clicking portrait shots. In doing so, these devices can create a convincing blur effect around the subject, making them stand out. All four devices we tested for this blind camera comparison ship with a dedicated depth sensor, though the shot from the POCO X3 got the most upvotes (over 48 percent), making it the clear winner for this round. 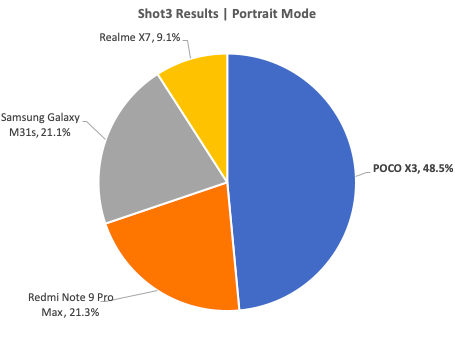 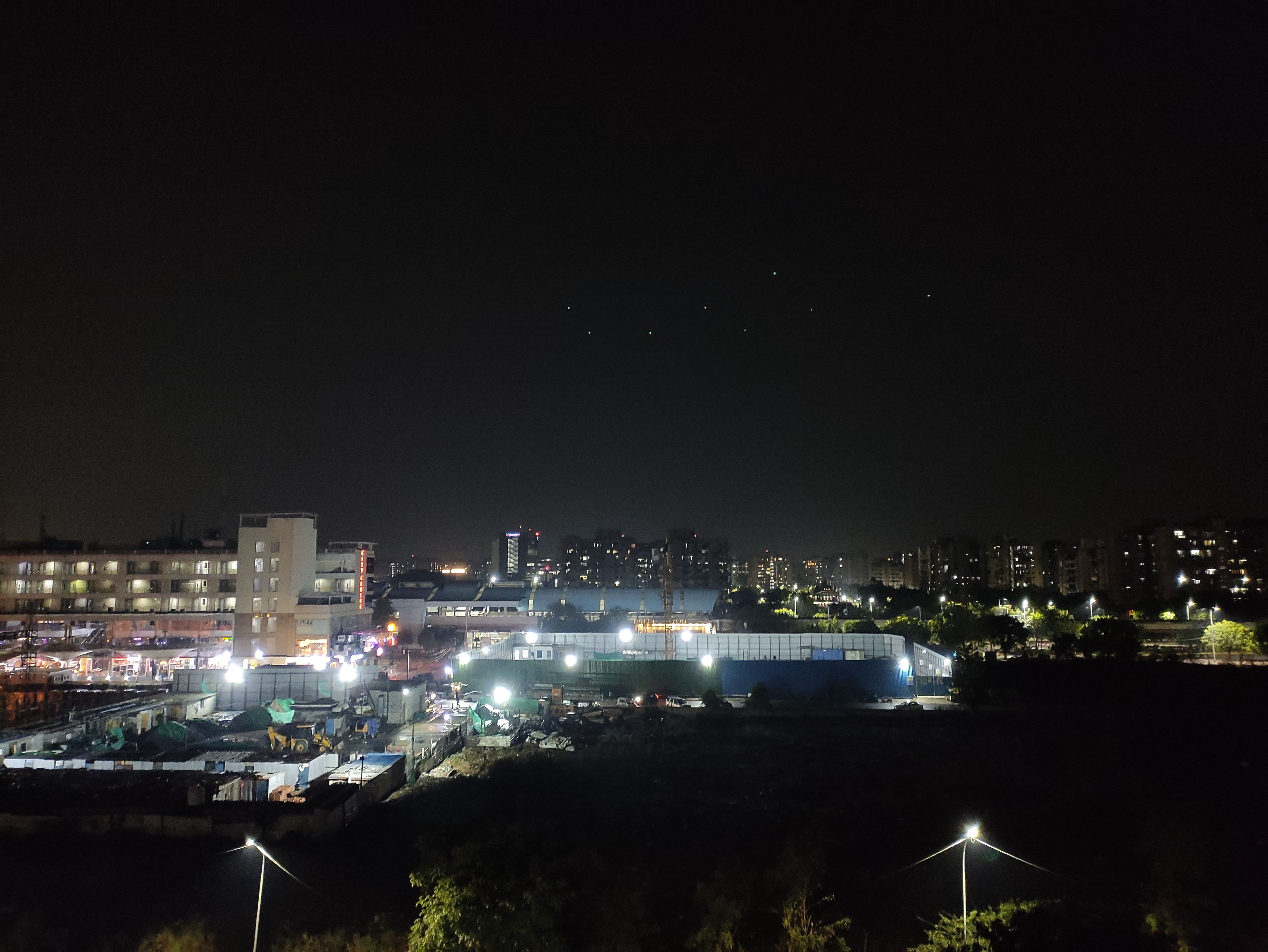 While most buyers turn on the night mode in their phones to click low light photos, the true might of a phone’s lowlight prowess is exhibited with the feature turned off. Here, the POCO X3 and the Redmi Note 9 Pro Max garnered more votes than the Samsung Galaxy M31s, as well as the Realme X7. However, the POCO X3 edged out in front by getting a slightly higher percentage (36 percent) than Redmi’s offering (34.7 percent). 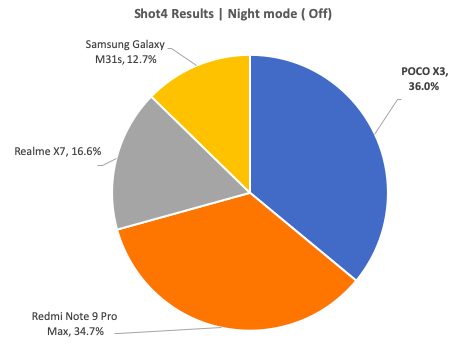 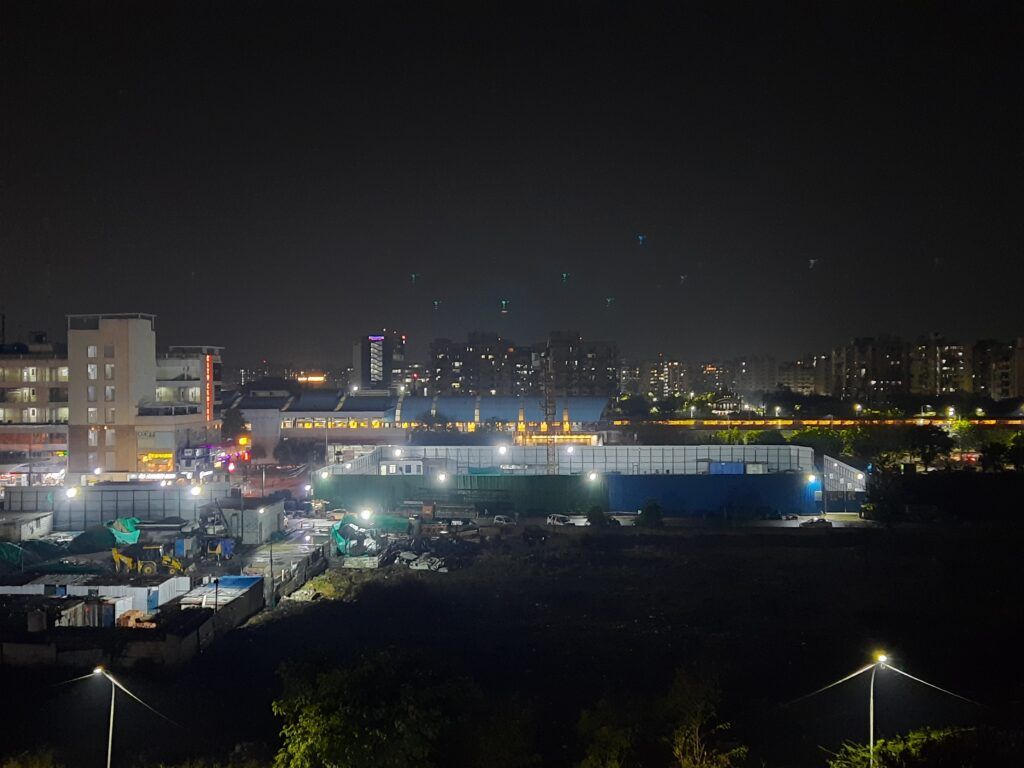 With Night mode enabled, the Samsung Galaxy M31s gathered a comfortable lead, and rightfully so – after all, the handset’s image was the brightest of the lot and the device did a good job at bringing out details from the shadows and keeping the noise to a minimum too. Consequently, the device landed 63.6 percent of all the votes. 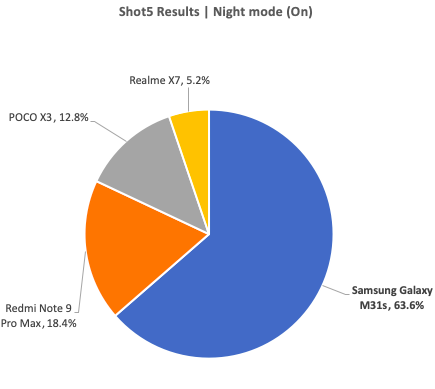 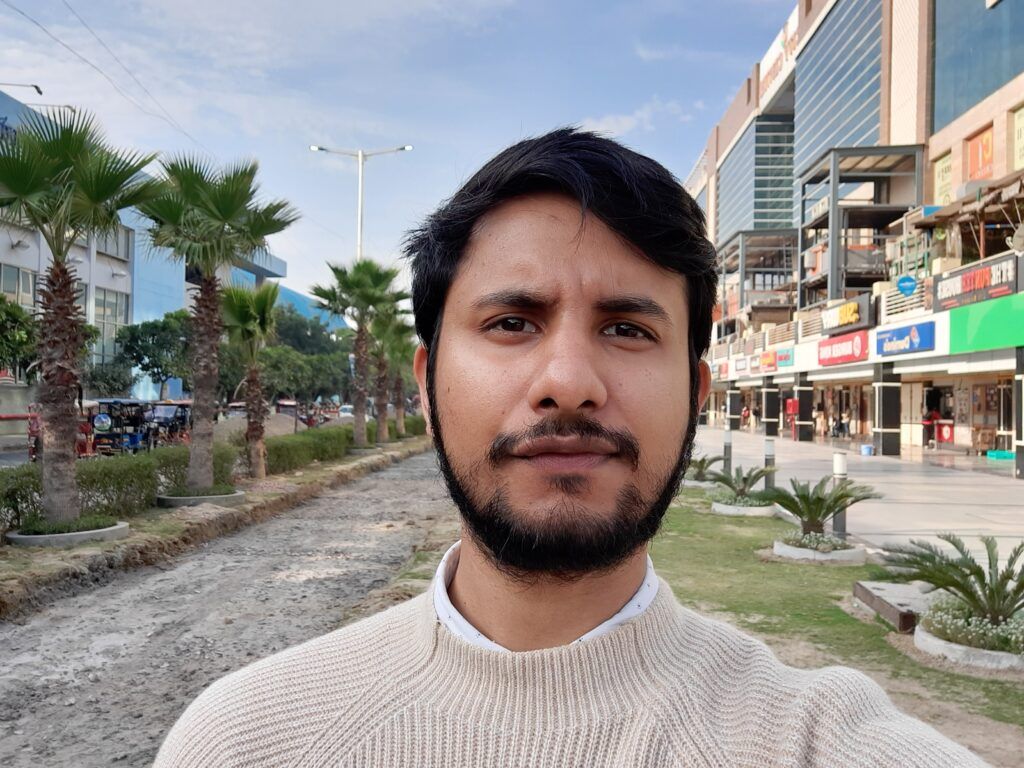 A smartphone’s selfie camera has grown in popularity over the years and for many, is used more than the device’s rear cameras too. To that note, the Samsung Galaxy M31s scored a landslide victory over the competition by amassing 45.4 percent of the votes. This can be accredited to the selfie’s natural colours, especially around the face along with a cleaner bokeh effect. 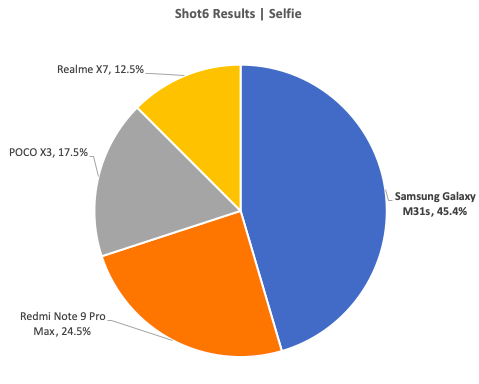 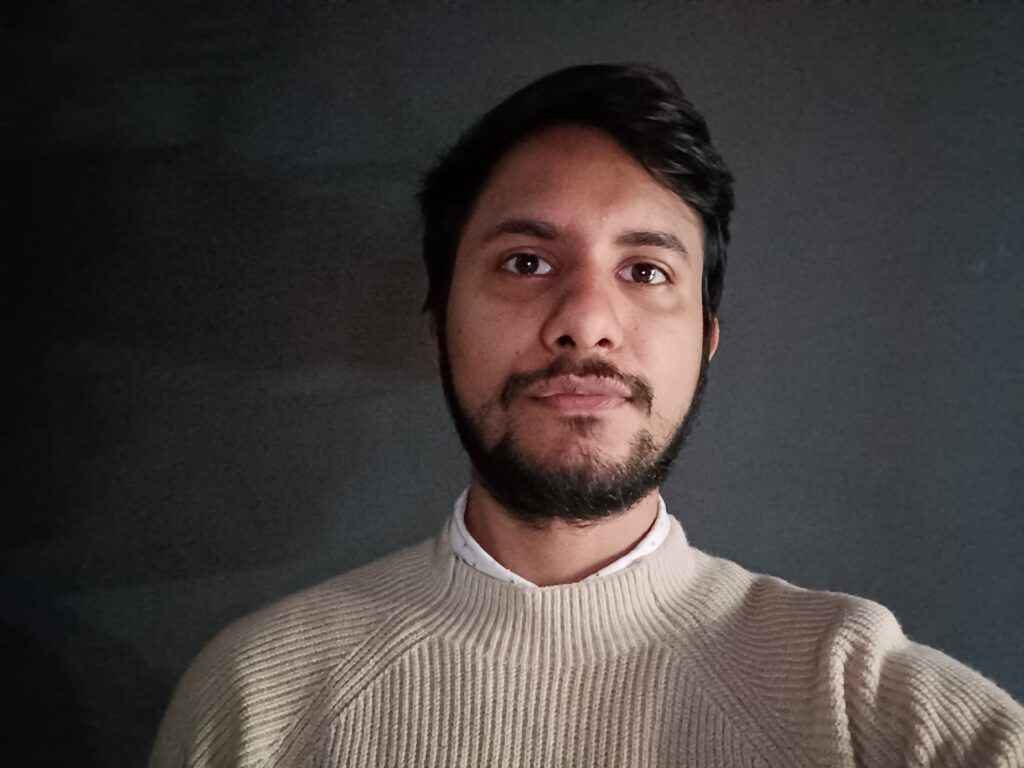 Oh, how the tables have turned! The Realme X7, which garnered the lowest votes in our standard selfie test managed to come out on top in terms of low-light selfies owing to a brighter photo with much sharper details. The handset won the round with over 71 percent of the votes. 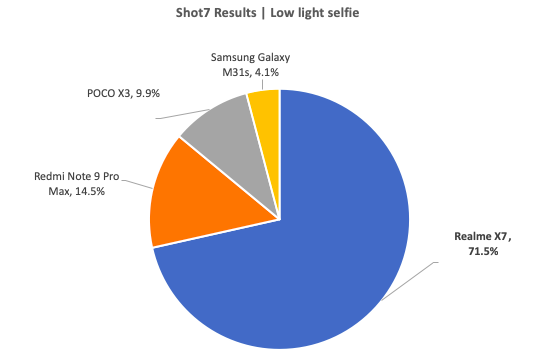 With that, we come to the end of this Blind Camera test. Evidently, both, the Realme X7 as well as the POCO X3 won two categories each as per the number of reader votes received, but the Samsung Galaxy M31s – which was launched before both these devices – reigned supreme in three categories. In fact, upon a closer inspection, you’ll notice that the M31s performed admirably in sunny conditions with the HDR mode turned on, thereby reaffirming Samsung’s approach of increasing the contrast in said shots. Unfortunately for Redmi, the Note 9 Pro Max is starting to show its age and consequently, was ousted by the newer entrants. Consequently, those opting for the Galaxy M31s, the Realme X7, and the POCO X3 can still expect solid camera performance in most categories. Stay tuned to our blog for more awesome Blind Camera comparisons!