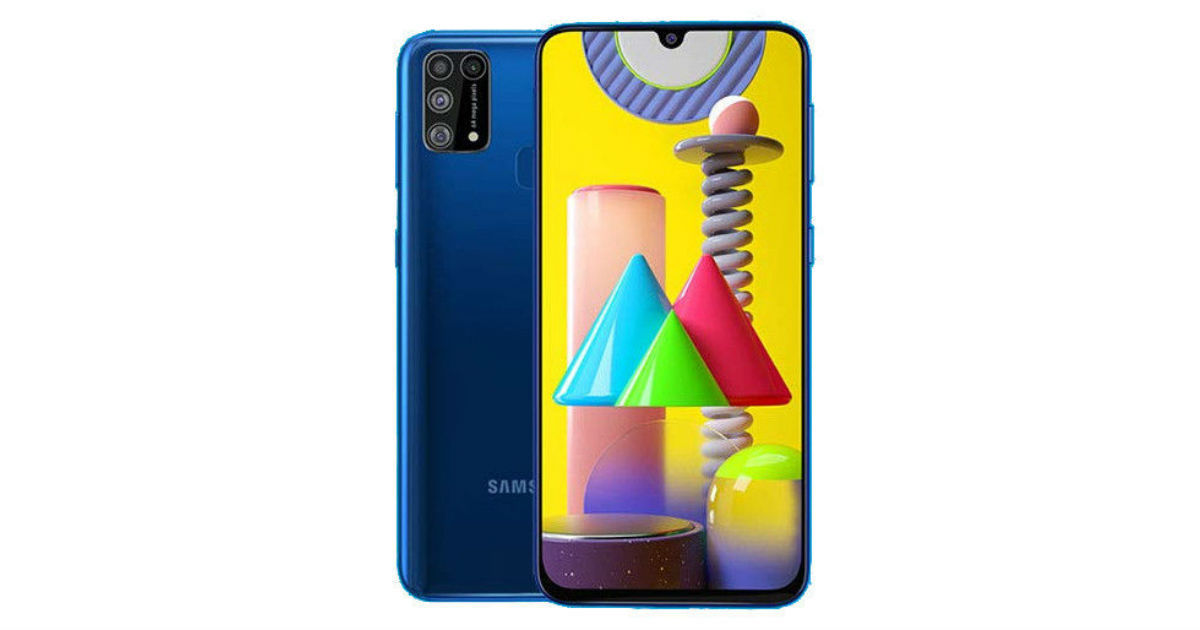 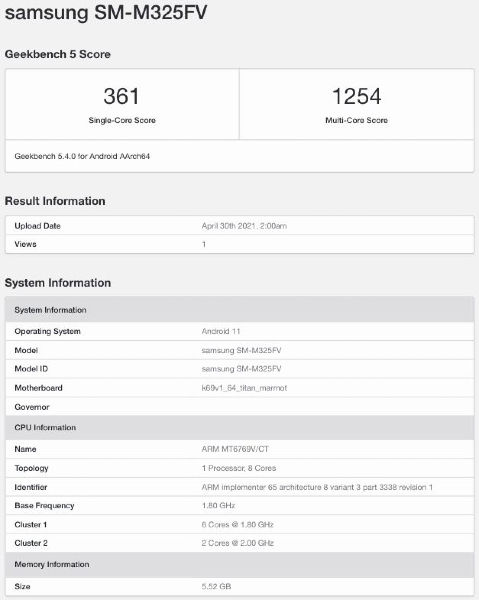 While that’s pretty much everything that is revealed from the Geekbench website, the handset was earlier spotted on the DEKRA certification website with a 6,000mAh battery. This is interesting as the Samsung Galaxy A32 comes with a 5,000mAh battery.

To recall the Samsung Galaxy M31 specifications, it sports a 6.4-inch full-HD+ AMOLED Infinity U display with a waterdrop notch for the selfie camera. It is powered by the in-house Exynos 9611 SoC coupled with Mali-G72MP3 GPU, 6GB RAM, and up to 128GB internal storage that is further expandable via a microSD card. The phone runs on Android 10 OS with OneUI skin on top and has a rear-mounted fingerprint sensor for security. Connectivity options include 4G/LTE, Wi-Fi, Bluetooth 5.0, GPS, and USB Type-C port.

As for cameras, the Samsung Galaxy M31 has a quad-camera setup at the back with a 64MP primary sensor, an 8MP ultra-wide-angle lens, a 5MP depth sensor, and a 5MP macro lens. There is a 32MP Sony IM616 sensor on the front for selfies and video chats. The phone packs a 6,000mAh battery with 18W fast-charging support.