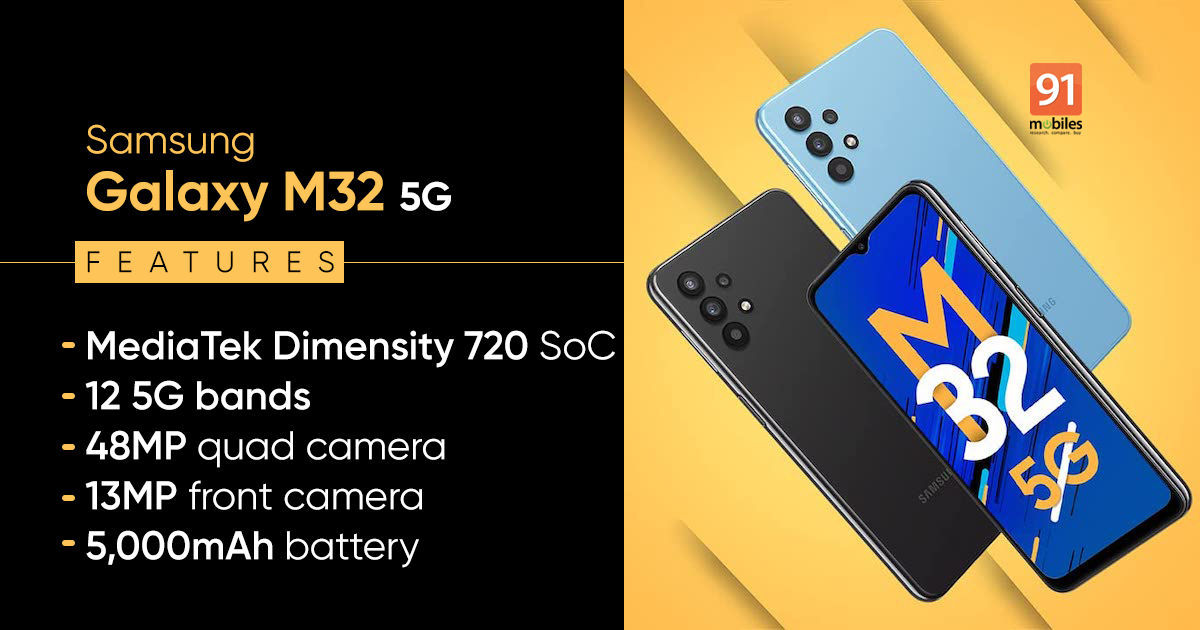 Samsung Galaxy M32 5G India launch will happen on Wednesday, August 25th at 12 PM IST and it is unclear whether the event be live-streamed through the company’s YouTube channel or whether it will be a quiet launch with a simple price reveal on Amazon.

The Samsung Galaxy M32 5G is expected to flaunt a 6.5-inch TFT Infinity-V HD+ display with 1,600 X 720 pixels resolution, Corning Gorilla Glass 5 layer, and a 60Hz refresh rate. It is confirmed to be powered by the MediaTek Dimensity 720 SoC and will have support for 12 5G bands. The phone is said to pack 6GB RAM and 128GB internal storage that is further expandable up to 1TB. It is likely to boot Android 11-based OneUI 3.1 custom skin out of the box. 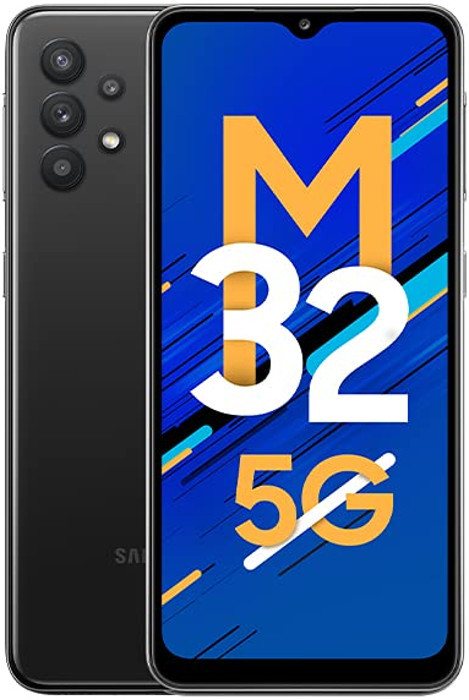