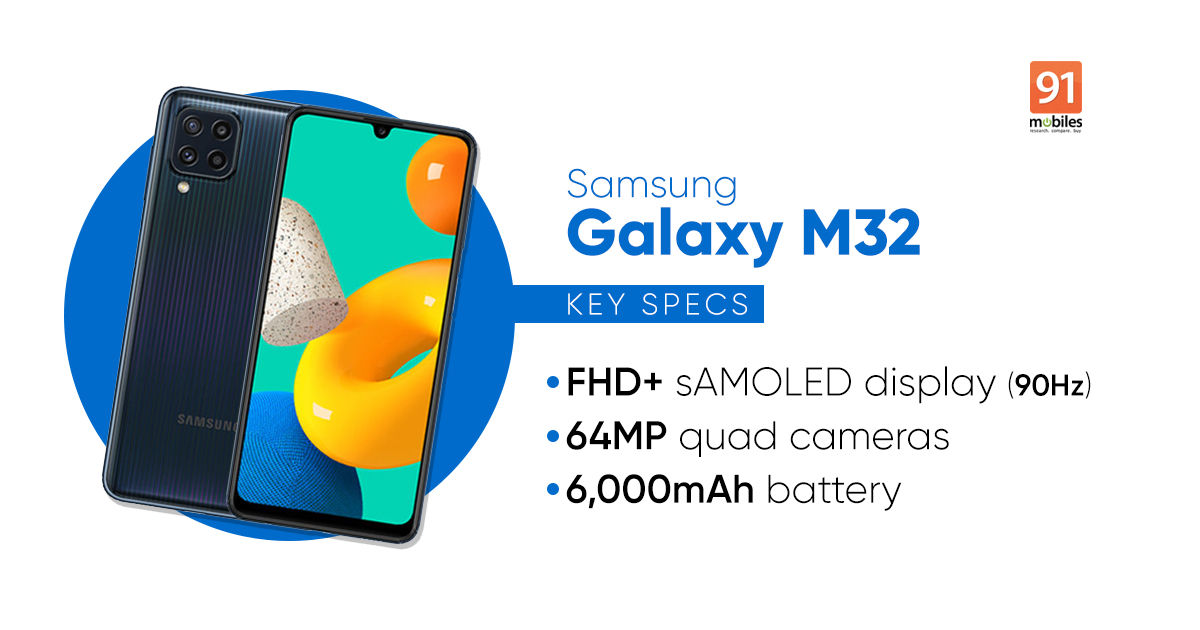 Samsung Galaxy M32 launch date in India has been revealed officially. The smartphone will launch in the country on Monday, June 21st at 12 noon. The company has revealed this through Amazon, which has a dedicated microsite for the phone’s launch. The Amazon listing also confirms key Samsung Galaxy M32 specifications as well as the phone’s design. This comes after a report last week that revealed the phone will launch in India this month. The report also tipped the Samsung Galaxy M32 price in India, which is said to be between Rs 15,000 to Rs 20,000. The Amazon teaser calls the upcoming Samsung phone the “Binge Monster”. 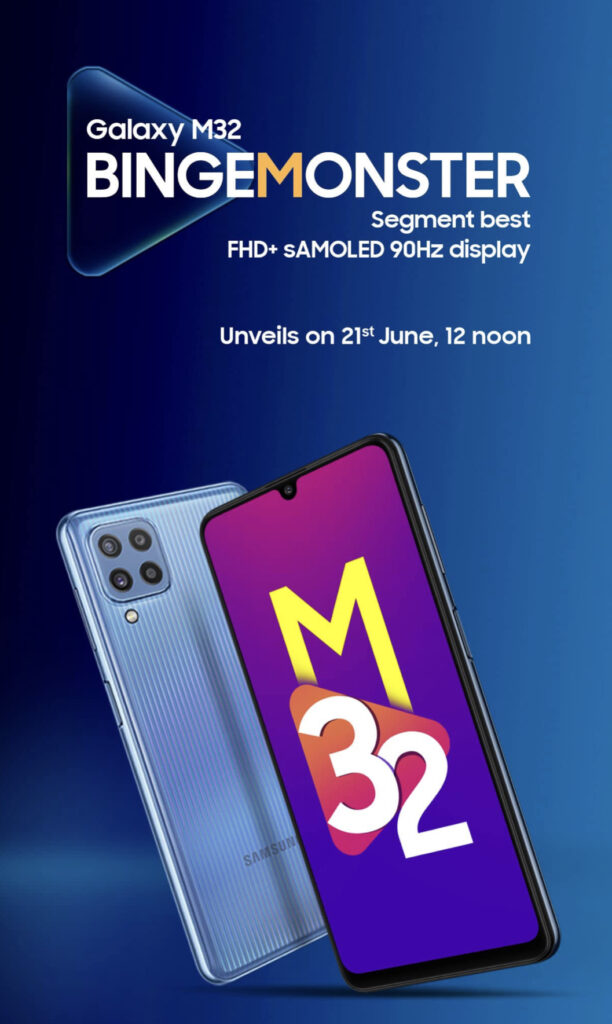 Samsung is calling the Galaxy M32 the “segment-best” phone to offer an FHD+ sAMOLED 90Hz display. The company has confirmed our exclusive report on the Samsung Galaxy M32 specifications, where we revealed that the phone will offer a 6.4-inch FHD+ Super AMOLED display. The Amazon listing further confirms that the phone will offer 800 nits brightness, a 6,000mAh battery, 64MP quad cameras, and a 20MP front camera. The Galaxy M32 will come in Blue and Black colour options, an Infinity-U display, and a square-shaped rear camera module. This is all we get from the Amazon teaser.

We reported last week that the Samsung Galaxy M32 will be powered by the MediaTek Helio G85 chipset. The phone will be offered in 4GB+64GB and 6GB+128GB variants. The handset measures 160 x 74 x 9mm and weighs 196 grams. These details are yet to be confirmed by Samsung.

The Samsung Galaxy M32 price in India is tipped to be between Rs 15,000 to Rs 20,000. This means the phone will fall just below the Galaxy M42 5G, which starts from Rs 21,999. Unfortunately, the upcoming Galaxy M32 will not be a 5G phone. We expect to learn a little more about the phone in the days leading up to the launch event.

While you wait for the Samsung Galaxy M32 India launch, you can check out more news about the other upcoming smartphones as well as popular product recommendations on our Facebook, Twitter, and Instagram pages and head to our YouTube channel for the latest videos.