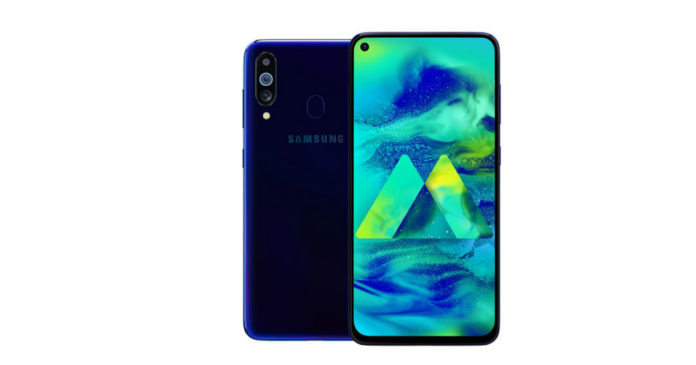 Samsung is all set to launch its latest Galaxy M series smartphone, the Galaxy M40, in India tomorrow. Ahead of the launch, the brand has already revealed the design and a couple of specifications of the upcoming handset. Now Bollywood actress Disha Patani, who is the brand ambassador for the Galaxy M series, has revealed another key feature of the Galaxy M40. Separately, a new Samsung phone, which is believed to be the Galaxy M40, has appeared on Google’s Android Enterprise Solutions Directory, revealing more details about the handset.

Being active is meh. Being hyperactive, now that’s chill. And that’s why I love @SamsungIndia for bringing in the #SamsungM40. Its Snapdragon 675 has the power and speed to make me go #OMG!

In a video posted on Instagram, Disha Patni has revealed that the Galaxy M40 will arrive with beefy 6GB of RAM. The actress has also mentioned that the phone will be powered by Qualcomm’s Snapdragon 675 processor. Notably, Samsung India’s Senior Vice President for Mobile Business Asim Warsi had already revealed the information regarding the chipset last month. Sadly, apart from the RAM, the video by Patani hasn’t revealed anything else about the handset. 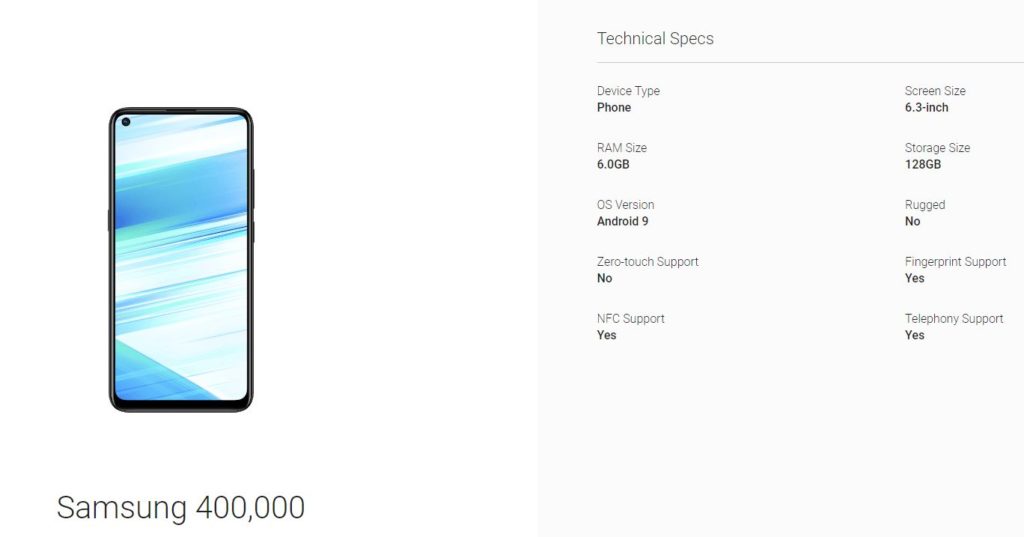 As for the listing on Google Enterprise’s website, there’s a new Samsung named dubbed “400,000” with an image and some specs. The photo shows the punch-hole display of the handset, which is the same as the one seen in the official teasers. So it is quite likely that this listing is for the Galaxy M40. As for the specs, the page reveals that the phone has a 6.3-inch display and 6GB of RAM, just like what Patani mentioned. Furthermore, the listing suggests that the device will have 128GB of storage, a fingerprint sensor, NFC connectivity, and boot Android 9 Pie out of the box.

Talking about the other features, Warsi had revealed that the Galaxy M40 will have a “Screen Sound” technology to produce the sound directly from the display by audio vibrations. Furthermore, it’s also likely that the phone will carry a price tag of around Rs 20,000. We will have more details on the Samsung Galaxy M40 price in India and availability from the launch event, so stay tuned.