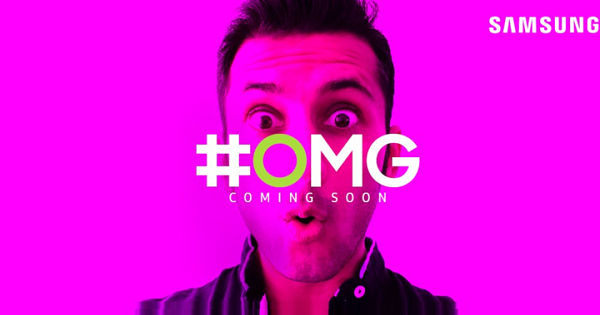 Samsung seems to be gearing up for the launch of a new smartphone in India soon. A teaser image, rumoured to be from Samsung India, has surfaced with the text “#OMG Coming Soon”. The identity of the upcoming smartphone is a mystery at the moment; however, a reliable source suggests it will be the Galaxy M40 smartphone. The handset will be the fourth model in Samsung’s Galaxy M series. The lineup currently includes Galaxy M10, Galaxy M20, and Galaxy M30 smartphones.

This is a leaked teaser from @SamsungMobileIN about an upcoming device. What would be it? pic.twitter.com/CiFbQbE7di

The Samsung Galaxy M40 will likely be the most premium smartphone of the affordable lineup, which the chaebol launched earlier this year. At the moment, the specifications of the phone are as much of a mystery as its launch date. However, the way ‘O’ is highlighted in the teaser, it is expected the Galaxy M40 may boast of Samsung’s Infinity O display that bears a punch hole to the house selfie camera. The handset may be priced slightly higher — in between Rs 15,000-20,000, early rumours suggest — and could pack in-display fingerprint sensor for security. That’s all we know so far!

Meanwhile, there are speculations that it could be the Galaxy A60 or Galaxy A80 (first impressions) smartphones, which were announced last month. The Galaxy A80 is the most premium smartphone in Samsung’s Galaxy A series lineup. The handset comes with a rotating camera module and Qualcomm’s latest mobile platform Snapdragon 730G ticking at its core. The Galaxy A60, on the other hand, is powered by Snapdragon 675 SoC and sports a 6.3-inch display with full-HD+ resolution, piercing up top for the selfie camera, and 91.8 percent screen-to-body ratio.