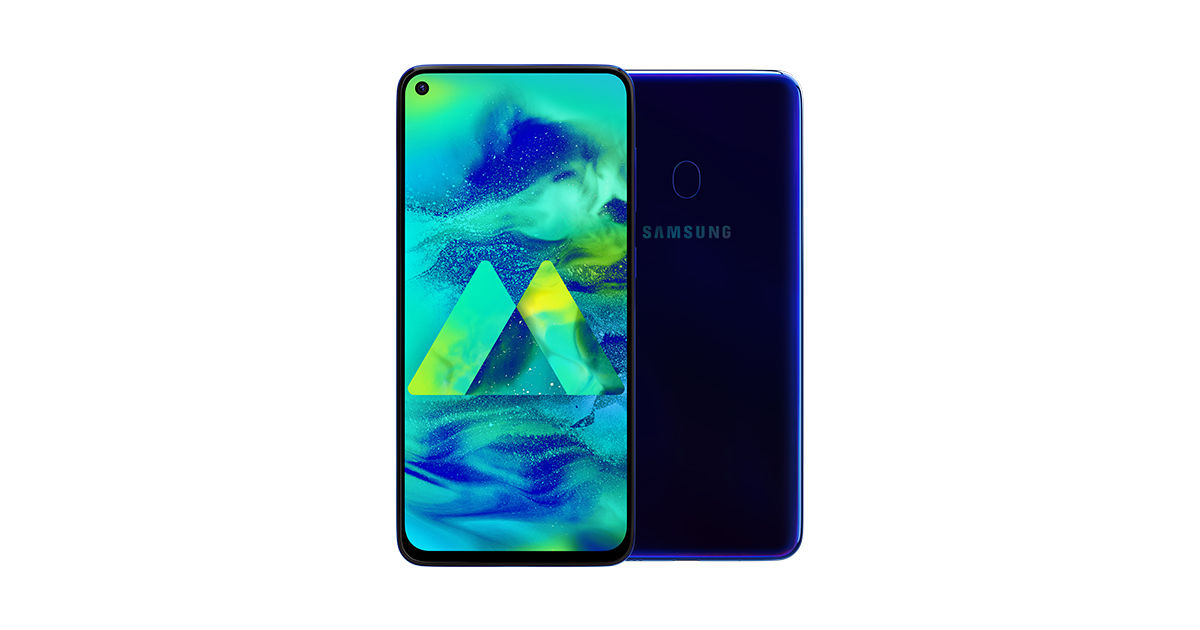 After debuting its Galaxy M series of smartphones earlier this year, Samsung has just launched the most advanced member of this family. Dubbed the Galaxy M40, this sleek-yet-powerful handset has a lot going for it, while impressing with its affordable price. Taking one look at its spec sheet makes it clear that Samsung is very right in calling the Galaxy M40 an OMG phone. Let us take you through all the aspects that make the new Samsung Galaxy M40 the spectacular phone that it is.

This is the first smartphone from the Galaxy M series to come with an Infinity-O display. In fact, it’s the most affordable phone to have a display piercing for holding the selfie camera, and before this, only the flagship Samsung Galaxy S10 series boasted the Infinity-O design. This allows it to offer a screen-to-body ratio of over 91 percent, resulting in an incredibly immersive visual experience. Despite its display measuring 16cm (6.3 inches), the phone still maintains a compact size thanks to its minimal bezels. The LCD screen bears an FHD+ resolution, which results in excellent visuals whether you’re consuming content, playing high-end games or just browsing social media. 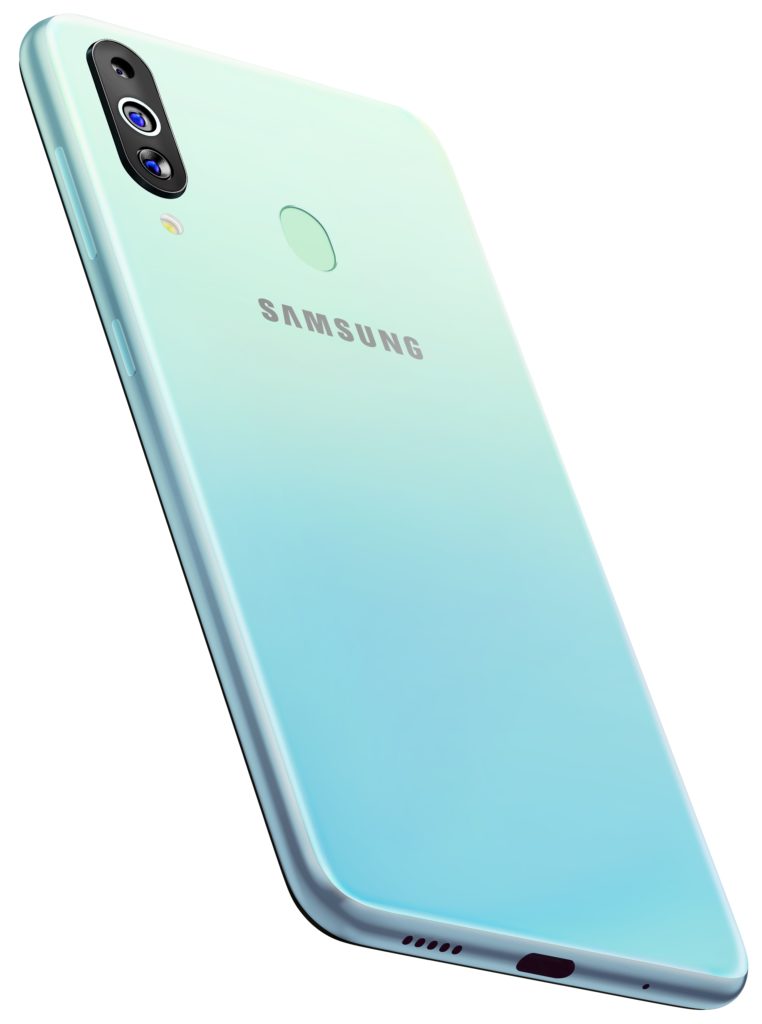 At the heart of this Samsung handset lies the Snapdragon 675 chipset from Qualcomm. Notably, the Samsung Galaxy M40 is the first M series device from the Chaebol to feature a Snapdragon SoC. This is the latest chipset in the Snapdragon 6XX series. The processor features a 2GHz octa-core silicone with Kryo 460 cores, six among which are Cortex-A55 and the remaining two are Cortex-A76 cores aimed at performance-oriented tasks. The chip is combined with the Adreno 612 GPU to render ultra-fast speeds during all kinds of tasks. The graphics chip is designed to improve the gaming performance of the smartphone, which should please the PUBG lovers.

The testament to the Samsung Galaxy M40’s performance is that it achieved an impressive AnTuTu benchmark score of 1,74,784. As for Geekbench, its single-core test score came up to 2,404, while its multi-core score is 6,704.

The goodness of triple rear cameras

We are in the era of multiple rear cameras, and the Galaxy M40 is indeed following that trend. Its rear surface has been equipped with a 32MP primary snapper, an 8MP ultra wide-angle sensor and a 5MP depth unit. The 32MP main shooter is paired with an f/1.7 lens, which enables great low-light shots. The 8MP ultra-wide camera offers a 123-degree field of view, allowing you to capture really extensive landscapes. As for the depth sensor, it enables the DSLR-like portrait mode, which provides live bokeh effects keeping the subject in sharp focus while the background is in an aesthetic blur.

Furthermore, the camera app of the phone features several AI-based features, the top one among which is the scene optimizer, which recognises the subjects of your images and adjusts its settings to best capture the shots. The camera can also record ultra-sharp 4K videos, apart from having the capability to shoot 240fps super slow-motion clips and hyperlapse videos. 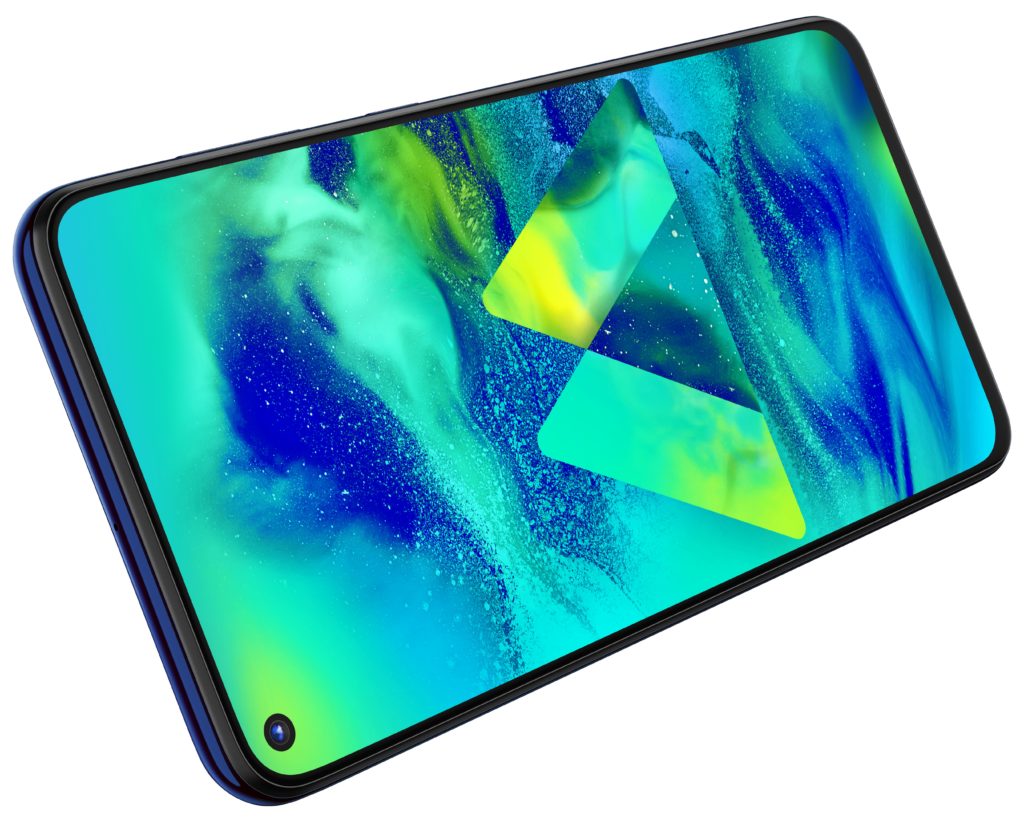 For multimedia addicts, the Galaxy M40 has a lot more packed into it. The handset comes with Dolby Atmos support, which means you can enjoy the surround sound experience via headphones. Then there’s the Widevine L1 certification, which allows true HD resolution streaming on Netflix and Amazon Prime Video. Having support to stream HD content from popular streaming services with exceptional sound output makes Samsung’s latest true multimedia companion. 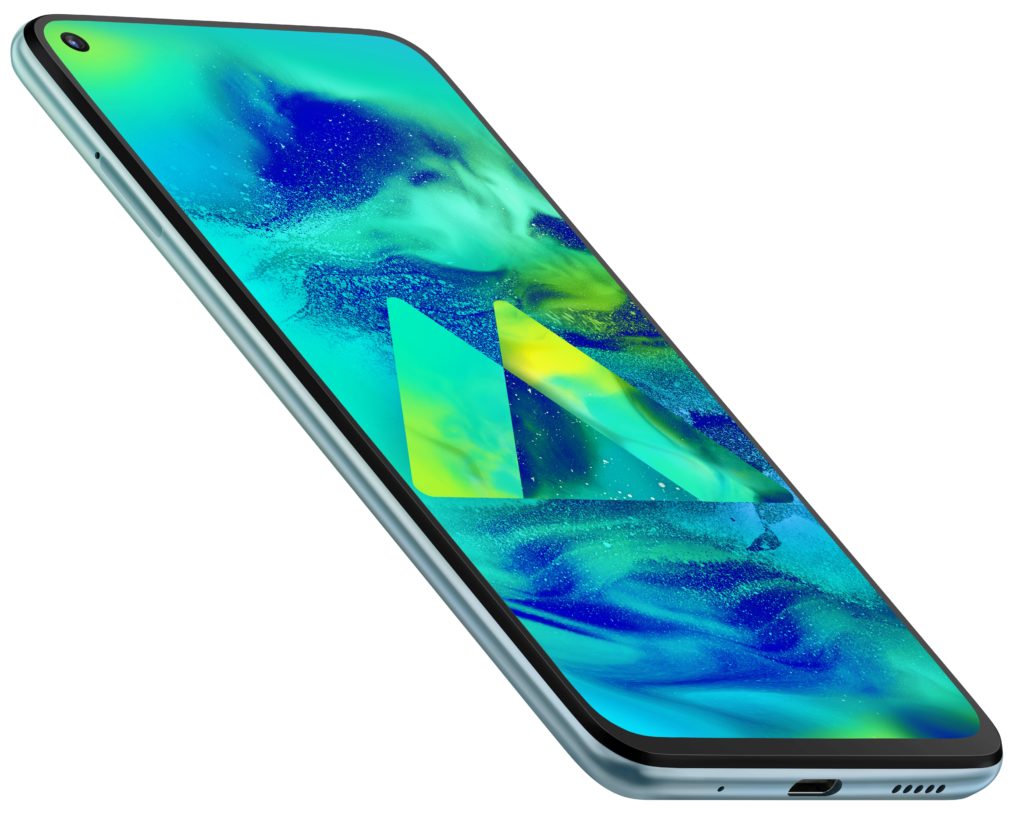 We can go on and on, but it’s evident that the Samsung Galaxy M40 offers everything a budget buyer is looking for and then some more. It’s also the first handset from the M series to come with Android 9.0 Pie-based One UI interface. This interface is famous for its minimalistic UI and a slew of useful features including full-screen navigation gestures as well as Digital Wellbeing.

In a nutshell, for a phone priced under Rs 20,000, the Samsung Galaxy M40 really gives you plenty of compelling reasons for buying it. Available in attractive Midnight Blue and Seawater Blue hues, the device goes on sale on June 18th, 12 noon from Amazon.in and Samsung’s e-store.