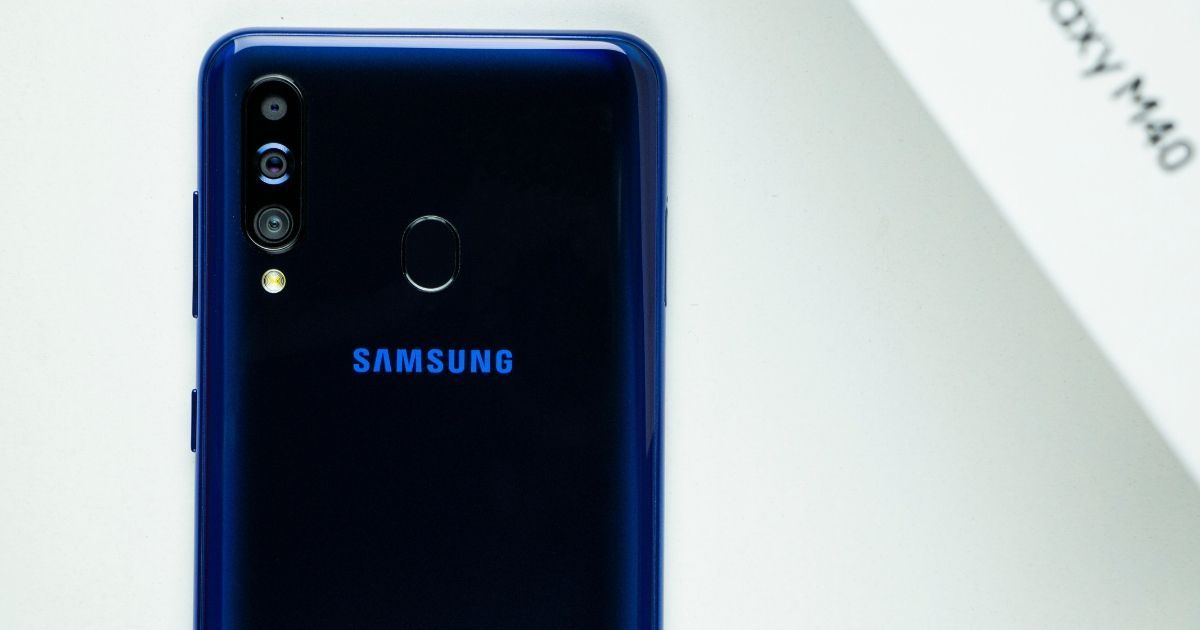 Samsung has been hyping up its next M series smartphone — the Galaxy M40 — for quite some time now. The handset comes in as the fourth member of the series that comprises the Galaxy M10, M20, and M30 smartphones. The most expensive phone in the lineup comes with flagship-like features, including offering an Infinity-O display. To recall your memory, only devices in Samsung’s portfolio to flaunt Infinity-O display at the moment are the flagships, Galaxy S10e (review), Galaxy S10 (review) and the Galaxy S10+ (review). The Chaebol has launched the Galaxy M40 in India today and I managed to spend some time with it. So without ado, here’s the first-hand account of how I feel about the smartphone after we take a look at its retail package. 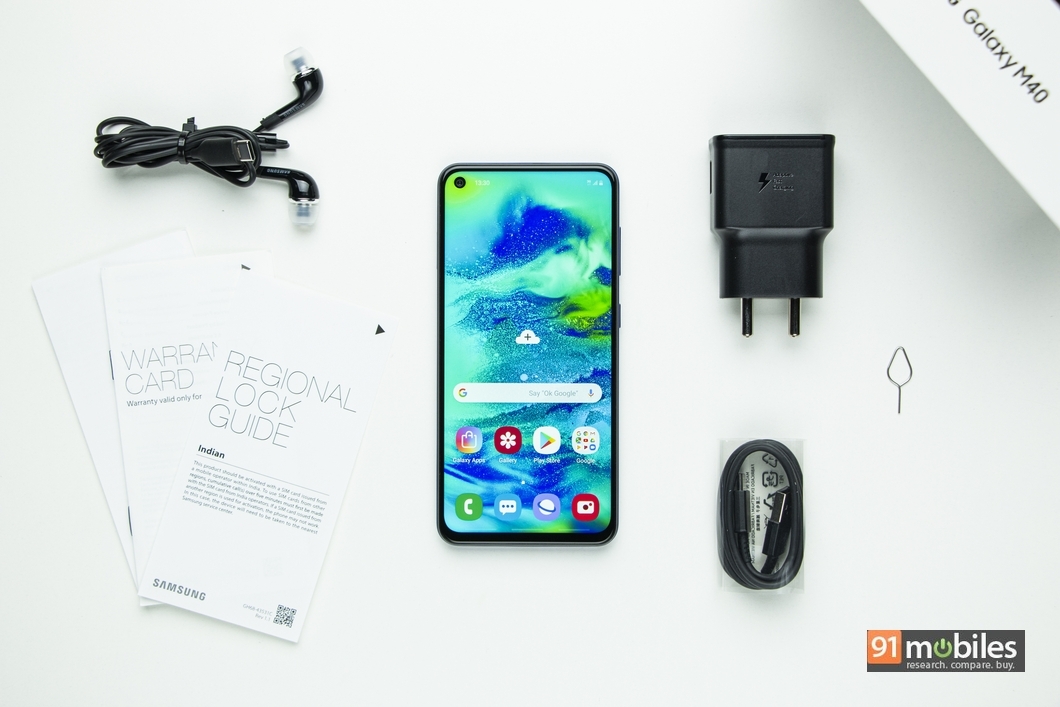 The Galaxy M40 comes in the standard white Samsung packaging with the phone’s visual and name on top, branding on the sides and core specs listed on the bottom. As you pull up the lid of the box, you are greeted by the device lying atop the wall charger, USB Type-C cable and a pair of in-ear earphones. There is a cardboard sheath hidden in the top lid of the box, which contains the documentation for the phone. This is all there’s to the package as Samsung has not included any protective accessories like a case or screen protector in the box. 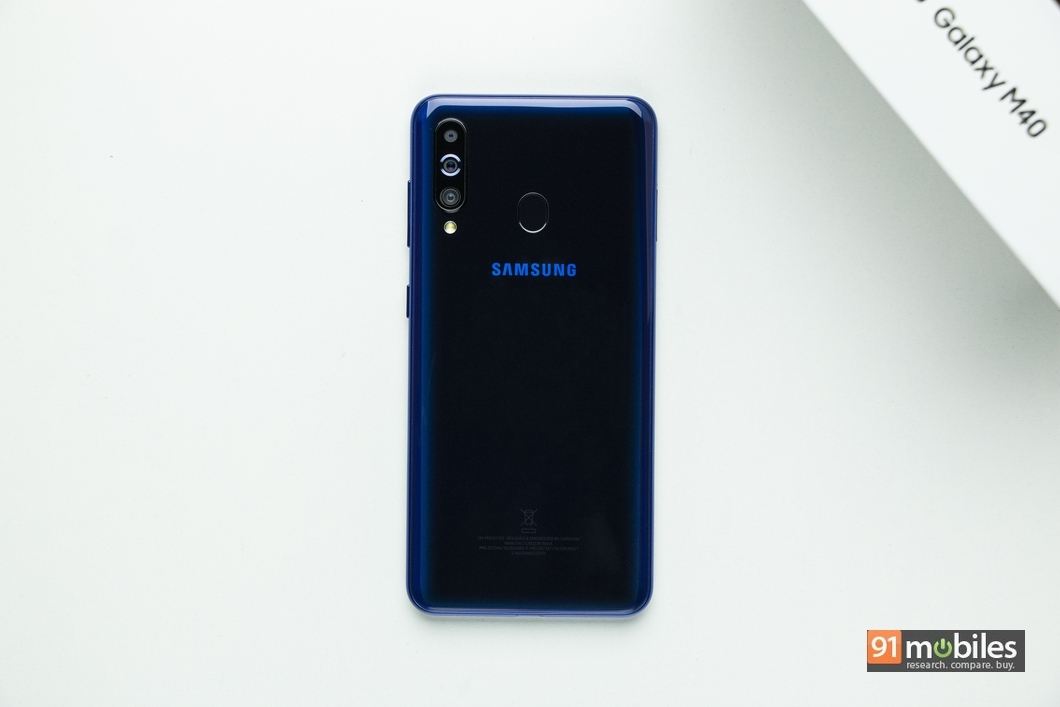 As for the phone itself, I received the Midnight Blue variant which looks downright stunning, to say the least. The phone features a glossy plastic build with a blue colourway that looks almost black in the centre but reflects rainbow hue from the edges. The rear panel is home to a holographic Samsung branding with fingerprint scanner towards the centre and the vertically-aligned triple-camera module in the top-left corner. Coming to the sides, the edges are also painted in glossy blue to match the back. You will find the volume and power buttons on the right, hybrid SIM slot on the left, a noise-cancelling mic on the top and speaker grille, USB Type-C port with yet another mic at the bottom. There is no earpiece as well as the 3.5mm audio socket on the smartphone. Interestingly, the phone is devoid of an earpiece, and uses the display vibration tech to produce sound, ala Vivo NEX.

Coming to the highlight of the Samsung Galaxy M40, it features an Infinity-O panel measuring 6.3-inch across. The Super AMOLED display bears full HD+ resolution. The punch-hole sits on the top-left corner and the good thing is that it doesn’t appear in my field of view while watching videos or playing games. The impressive 91.8 percent screen-to-body ratio further helps in providing a truly immersive viewing experience. Additionally, the brightness levels, viewing angles and colour reproduction of the display were also spot on during my time with the smartphone. Samsung has also thrown-in features like Blue light filter, night mode, screen calibration and more to enhance the viewing experience. 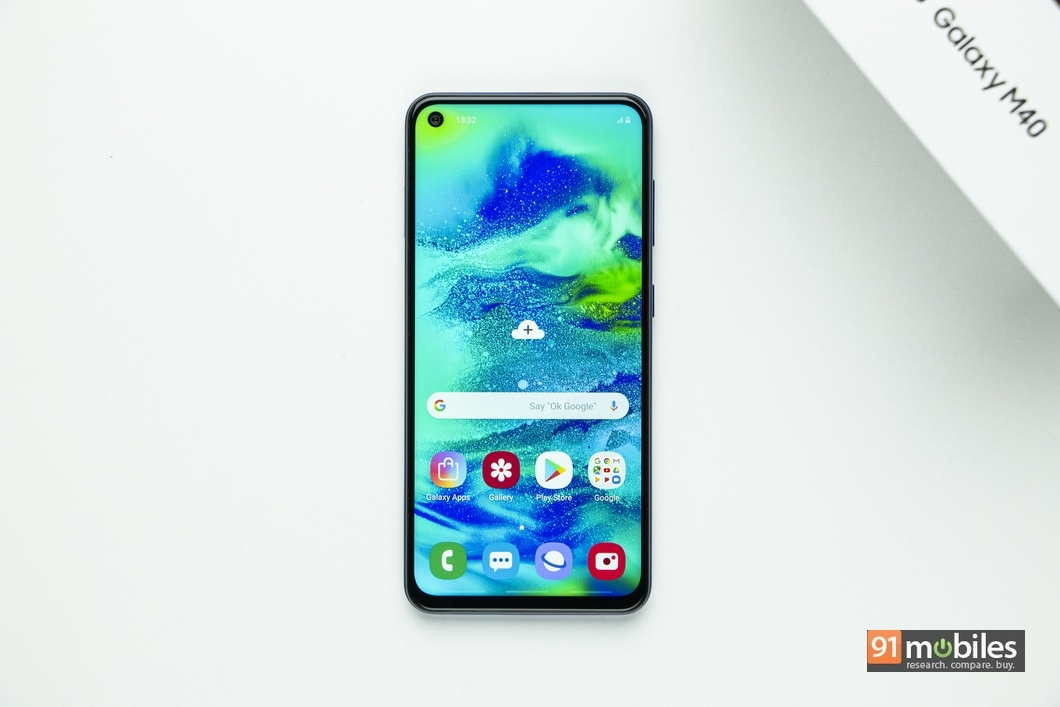 The Galaxy M40 boots the latest One UI interface from Samsung based on Android 9 Pie and brings the whole shebang of features that the flagship offerings have including gesture-based navigation and Digital wellbeing. At its core, Samsung Galaxy M40 gets the Qualcomm Snapdragon 675 SoC accompanied with 6GB RAM and 128GB storage onboard. The hybrid SIM slot can take up to 512GB of microSD cards. Powering the phone is a 3,500mAh battery with support for fast charging. The fingerprint scanner on the back is pretty fast and accurate and so is the face unlock. 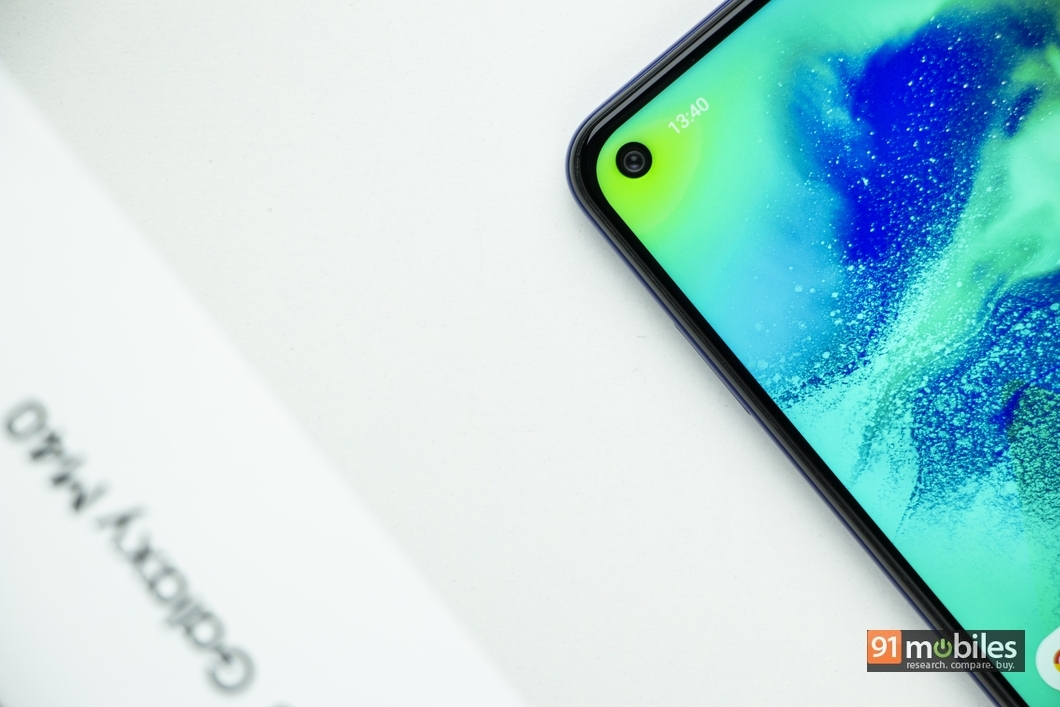 Talking about face unlock, a 16-megapixel shooter nestled in the display piercing on the front of the M40. Samsung has equipped the selfie camera with all bells and whistles including the cool animations around the sensor. On the back, the triple-camera module consists of a 32MP f/1.7 sensor accompanied by an 8-megapixel ultra-wide angle camera and 5-megapixel depth-sensing unit. The initial shots taken by both front and rear camera modules are pretty impressive including pictures shot using various modes like portrait, aperture and others. The camera app also offers the much-lauded Super Slow-motion video recording as well as Hyperlapse mode. However, we will be testing the cameras more extensively over the coming days, so stay tuned for our review.

The Samsung Galaxy M40 is the only smartphone at the moment to flaunt a punch-hole display under Rs 20,000, which makes it a novelty at this price. But if you ask us, the smartphone also comes packing a loaded spec sheet, along with powerful cameras on the front and back. All in all, with a price tag of Rs 19,990, Samsung has a winner on its hands with the Galaxy M40.