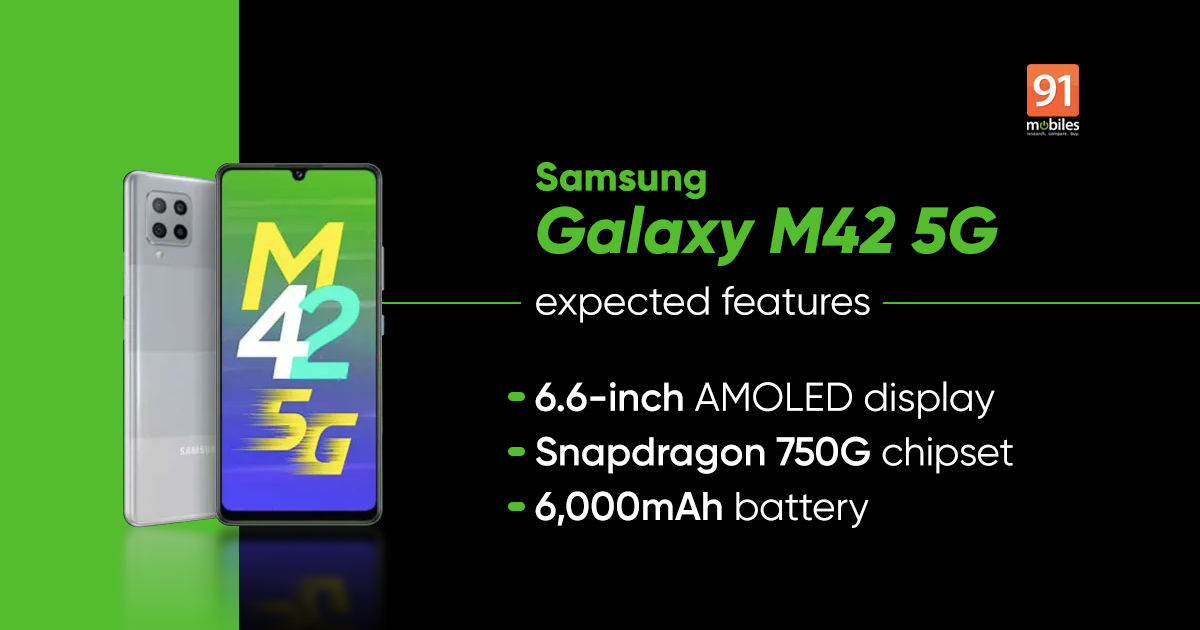 Samsung Galaxy M42 5G India launch is set for April 28th at 12 PM, the company has confirmed through Amazon. The e-commerce website has begun teasing the launch of the device, which is the 5G phone in the Galaxy M series. Samsung Galaxy M42 5G price in India will be officially revealed on April 28th, but an IANS report earlier this week suggested a price tag between Rs 20,000 to Rs 25,000. In addition to confirming the Amazon availability, the website also confirms the 5G chipset powering the Samsung Galaxy M42. Here’s what we know about the smartphone so far.

Amazon has confirmed that the Samsung Galaxy M42 5G is powered by the Qualcomm Snapdragon 750G chipset. This is in line with past reports, including a Geekbench listing, that suggested the Snapdragon 750G SoC with 4GB RAM and Android 11 OS. The microsite on Amazon also reveals that the phone comes with “defense-grade Knox security” and Samsung Pay.

The listing on Amazon confirms the design of the phone as well. The Samsung Galaxy M42 5G will come with a waterdrop notch and a gradient rear panel. The phone gets a square-shaped camera module that houses four cameras. As there is no physical fingerprint sensor, we expect the Samsung Galaxy M42 5G to offer an in-display sensor and therefore an AMOLED display.

Samsung is yet to confirm other key specs for the Galaxy M42 5G. Based on past reports, the phone will come with a 6.6-inch AMOLED display. The Snapdragon 750G chipset could be paired with u to 8GB RAM and 128GB internal storage. The phone could be equipped with a 64MP quad-camera system and a 6,000mAh battery with 15W fast charging support or higher. We expect to learn more about the 5G smartphone through Amazon in the days to come.