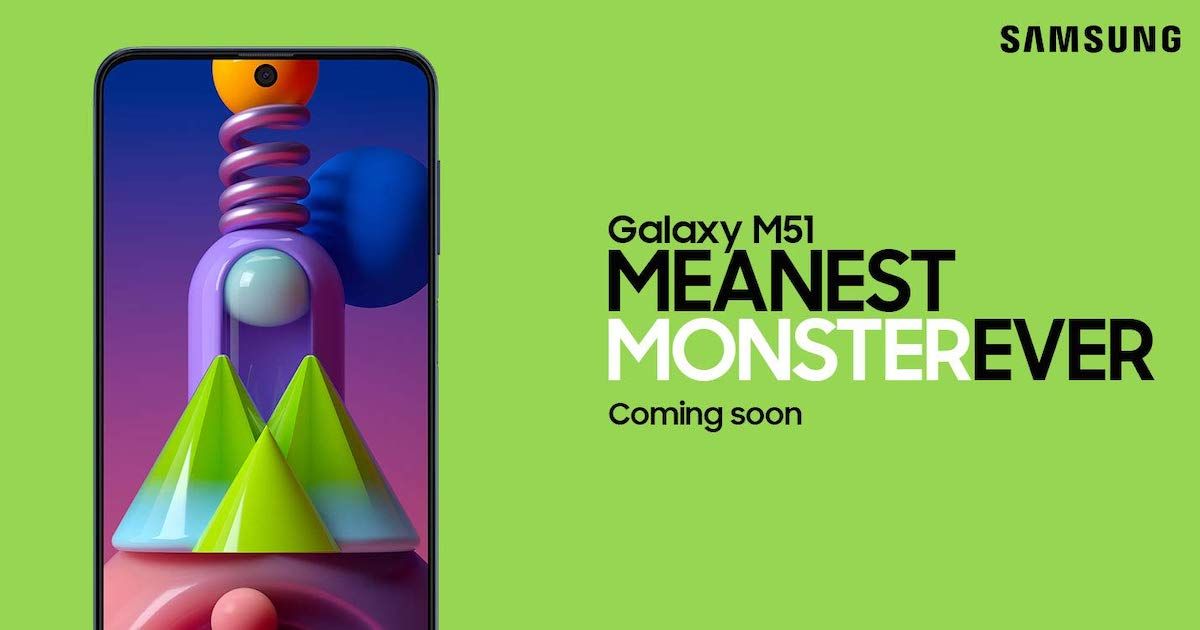 Samsung Galaxy M51 was reported to launch in India soon and this has now been confirmed on Amazon. The e-commerce website has begun teasing the arrival of the Galaxy M51 with the tagline ‘Meanest Monster Ever’ and the microsite also confirms that the Samsung phone will indeed come with a punch-hole display. The Samsung Galaxy M51 India launch date has not been revealed yet, but the ‘Notify Me’ option on Amazon is now live and suggests the announcement will likely happen in early September.

In addition to the center-aligned punch-hole display, the Amazon India page also teases a few more key features of the Samsung Galaxy M51 by way of a little quiz. It suggests that the smartphone will indeed come with a ‘Monster’ 7,000mAh battery and a sAMOLED+ display.

We have seen plenty of Samsung Galaxy M51 renders already to tell us what the phone will look like. Just yesterday, 91mobiles exclusively brought you official renders that show off the display, the quad-camera setup at the back, and a side-mounted fingerprint sensor.

The Samsung Galaxy M51 is rumoured to launch with a 6.67-inch FHD+ sAMOLED+ display with a standard 60Hz refresh rate. The handset may feature a 64MP quad-camera setup at the back and a 32MP selfie camera. The USP of the phone is its massive 7,000mAh battery that should support 25W fast charging. Lastly, the Samsung Galaxy M51 is tipped to be powered by the Snapdragon 730 chipset.