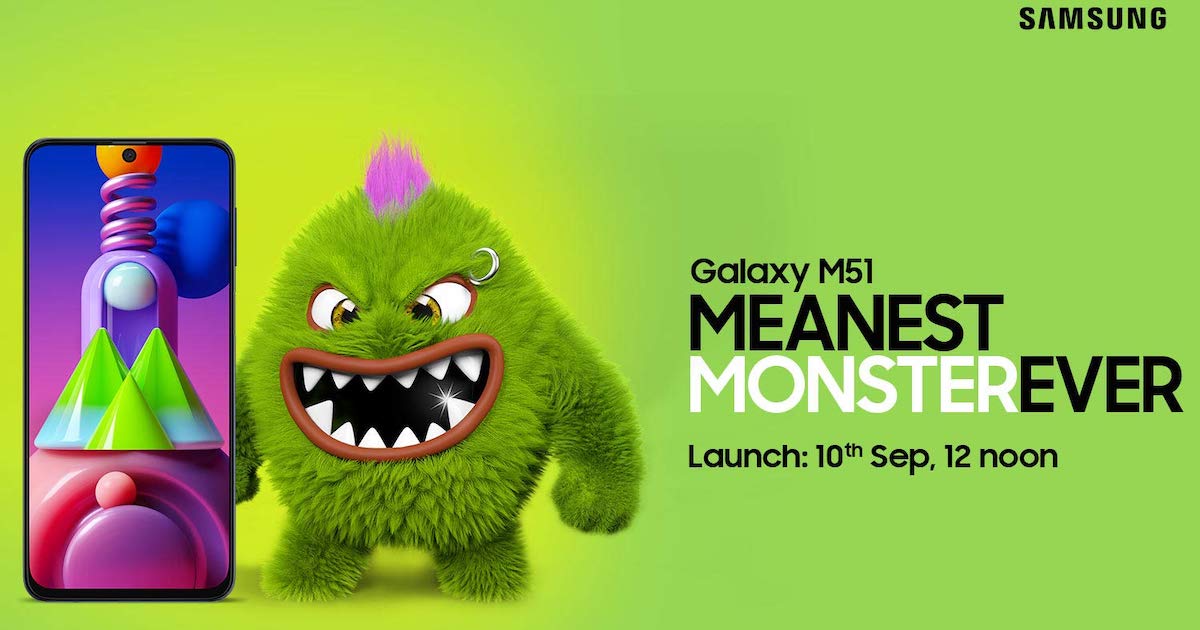 Samsung Galaxy M51 is set to launch in India tomorrow i.e. September 10th. This is the topmost model in the Galaxy M series and packs powerful mid-range specifications. The Samsung Galaxy M51 has already gone official in Germany, so its design and complete specifications are already known to us. Even the processor, which was a mystery so far, was revealed on Amazon India recently. If you’re still wondering what all the hype around the Galaxy M51 is, here’s a quick look at some of the things you should know about the upcoming smartphone.

The Samsung Galaxy M51 launch event will take place on Thursday, September 10th at 12 PM IST. The company will likely stream the event live via its official social media channels, which we will inform you about at a later time. Following the launch, the Samsung Galaxy M51 will go on sale through the official Samsung India website and Amazon India. The first sale date will be announced during the launch event.

The Samsung Galaxy M51 looks similar to the Galaxy M31s in terms of design. The phone comes with a center-aligned hole-punch cutout on the front and a quad-camera setup in a rectangular module on the back. The phone will get the usual ports and buttons around the frame, including a 3.5mm headphone jack. The smartphone gets a side-mounted fingerprint sensor embedded in the power button. 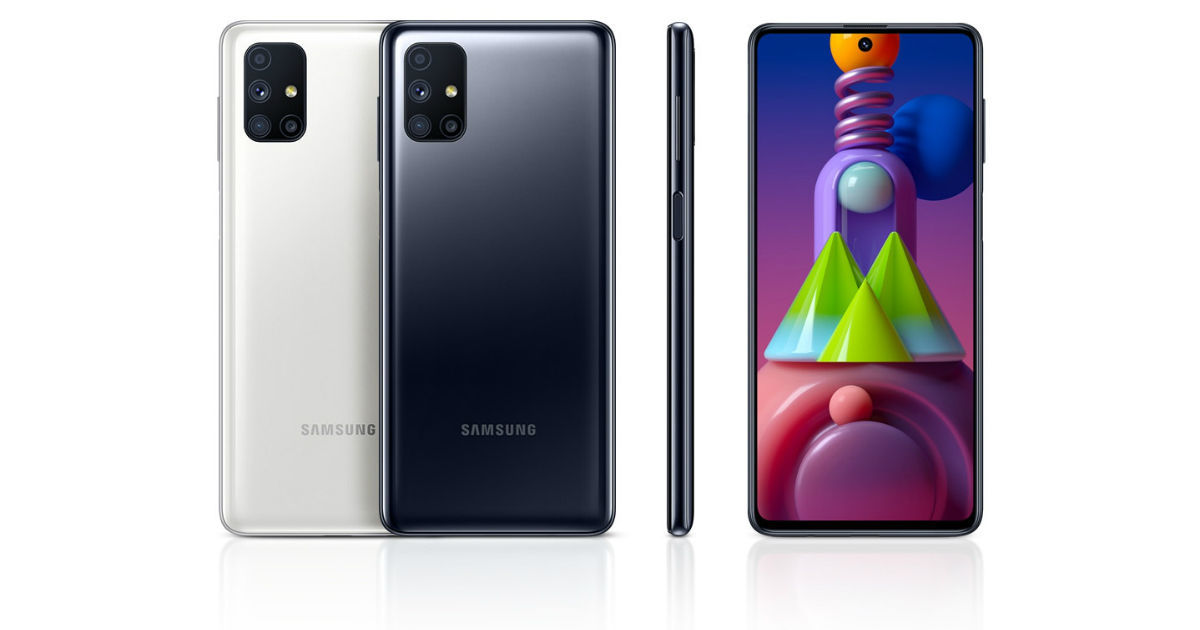 The Samsung Galaxy M51 sports a 6.7-inch FHD+ sAMOLED Plus Infinity-O display to offer a large and immersive viewing experience. The smartphone is powered by the Qualcomm Snapdragon 730G chipset. The RAM and storage variants for India are currently unknown. The Galaxy M51 is equipped with a 64MP quad-camera system that includes a 12MP wide-angle lens, a 5MP macro lens, and a 5MP depth sensor. The front camera gets a 32MP sensor.

The USP of the Samsung Galaxy M51 is its whopping 7,000mAh battery, which is the biggest yet on a Galaxy phone. This should ensure two days of battery life on a single charge, but that may vary depending on usage. The phone gets a much-needed 25W fast charging support.

With almost everything about the Samsung Galaxy M51 already out in the open, the only thing left for the company is to announce the official price during the launch event tomorrow. The price of the Galaxy M51 in Germany is 360 Euro (approx Rs 31,400). However, the Galaxy M51 price in India is expected to be around Rs 25,000.

With the speculated India price of the Samsung Galaxy M51 to be around Rs 25,000, the phone will be taking on the likes of the OnePlus Nord and Realme X3 in the segment. The OnePlus Nord, to recall, offers a 6.44-inch FHD+ 90Hz Fluid AMOLED display and is powered by the Snapdragon 765G chipset. The phone is equipped with a 48MP quad-camera system and 32MP dual front cameras. The OnePlus Nord houses a 4,115mAh battery and supports Warp Charge 30T fast charging.

Meanwhile, the Realme X3 features a 6.6-inch FHD+ 120Hz LCD display and is powered by the Snapdragon 855+ chipset. The phone features a 64MP quad-camera setup and a 16MP selfie camera. The Realme X3 packs a 4,200mAh battery and supports 30W Dart fast charging.