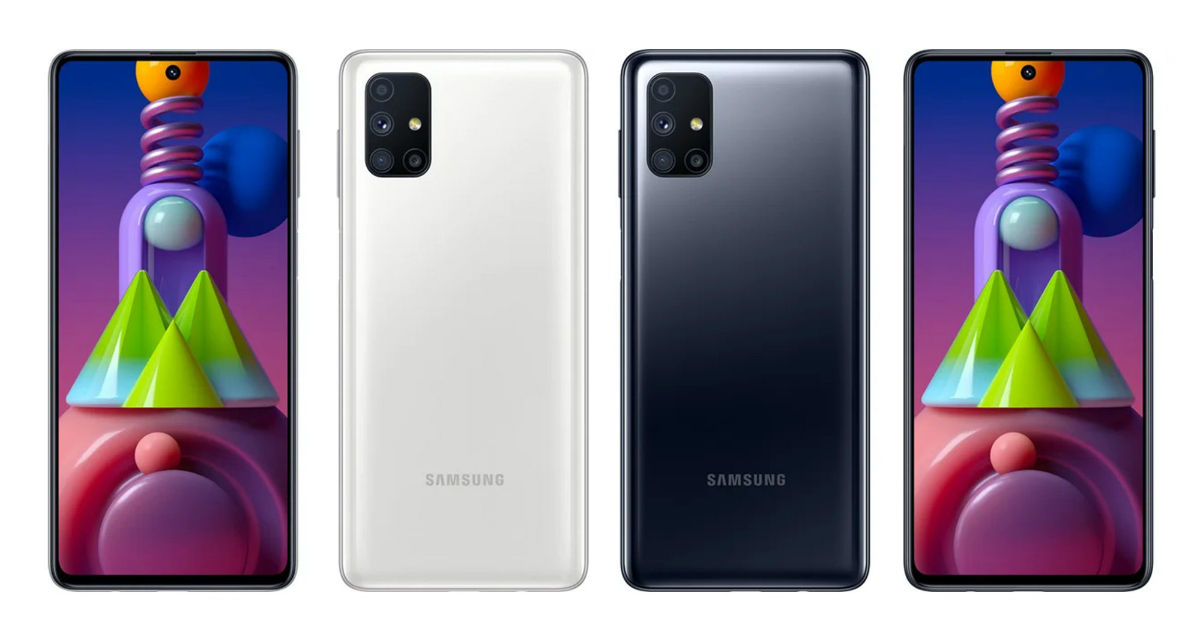 Samsung Galaxy M51 clear renders and full specifications have been leaked by tipster Sudhanshu. This comes soon after a report that claimed that the Galaxy M51 India launch will take place in the second week of September. The upcoming mid-range Samsung phone will reportedly be priced between Rs 25,000 and Rs 30,000. Now, we have some clear images and complete Samsung Galaxy M51 specifications that tell us all we need to know before the launch.

Based on the renders, the Samsung Galaxy M51 will look similar to the recently launched Galaxy M31s. It has a center-positioned punch-hole cutout for the selfie camera and slim bezels. The volume rocker and power button, which also doubles up as fingerprint sensor, are present on the right spine. On the back, you find quad-cameras arranged in a rectangular module along with an LED flash and Samsung branding. There is a SIM tray slot on the left side. The phone will be available in White and Black colour options.

Based on what we know so far, Samsung Galaxy M51 specs include a 6.67-inch full-HD+ Super AMOLED display with a 60Hz refresh rate. The phone is said to be powered by the Snapdragon 730G SoC, but the tipster isn’t certain about this. The Galaxy M51 will run Android 10 with One UI on top. As for the optics, the device may feature a quad-camera setup at the back consisting of a 64MP (f/1.8) primary sensor, a 12MP ultra-wide-angle lens, a 5MP depth sensor, and a 5MP macro lens.

The Samsung Galaxy M51 is said to have a 32MP snapper on the front for selfies and video calls. The USP of the phone will be the massive 7,000mAh battery inside. The phone will support 25W fast-charging. The Samsung Galaxy M51 is said to measure 163 x 78 x 8.5mm and weigh 213 grams due to the large battery capacity. Connectivity features could include 4G LTE, dual SIM, and USB Type-C port for charging and data sync.