Home Feature Confused between the Samsung Galaxy M51 and the OnePlus Nord? 8 reasons... 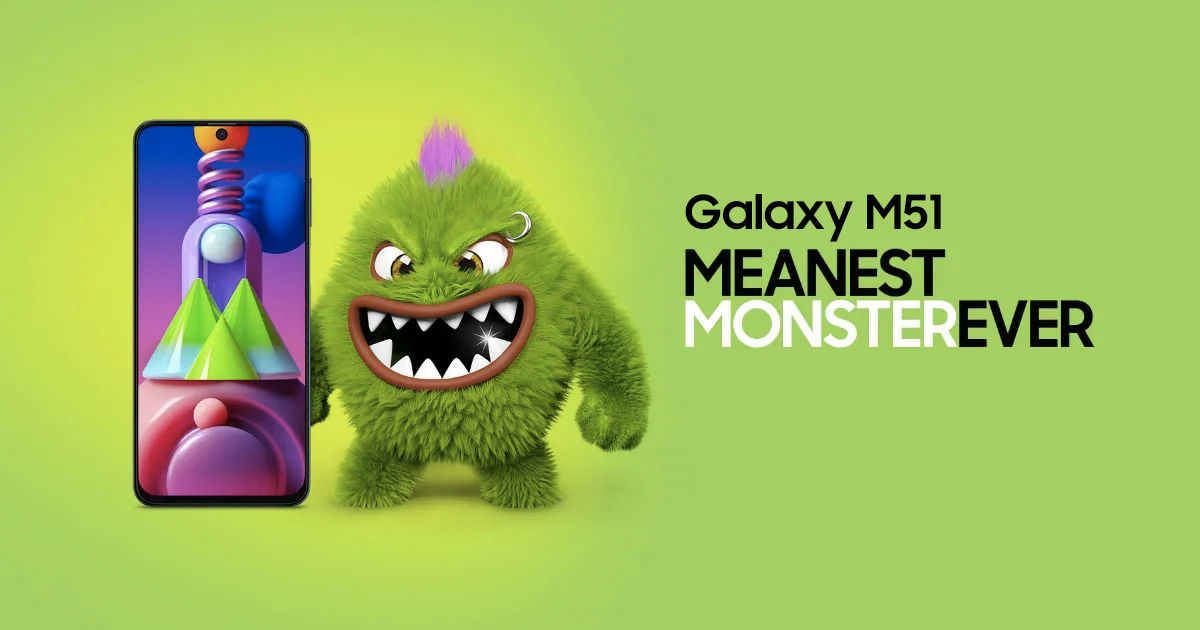 Samsung Galaxy M51, which was launched recently in India, is the latest entrant in the brand’s popular Galaxy M series. The company calls Galaxy M51 the boldest, meanest monster in the Galaxy M line-up. With a starting price of just under Rs 24,999, it also happens to be the first M series handset that’s positioned squarely in this segment. In fact, Galaxy M51 is such a great smartphone that it easily dominates the segment thanks to the best-in-class features it offers in all departments, whether it’s battery life, photography, performance, or display quality.

If you are in the market for a new phone, then Samsung Galaxy M51 is obviously on your list thanks to all the great features it offers. Let us show you how it stands in a league of its own despite the affordable price tag by comparing its features with those of another popular affordable, the OnePlus Nord. This article will outline several compelling reasons that make Samsung Galaxy M51 a much better choice than other smartphones in this price bracket like OnePlus Nord. 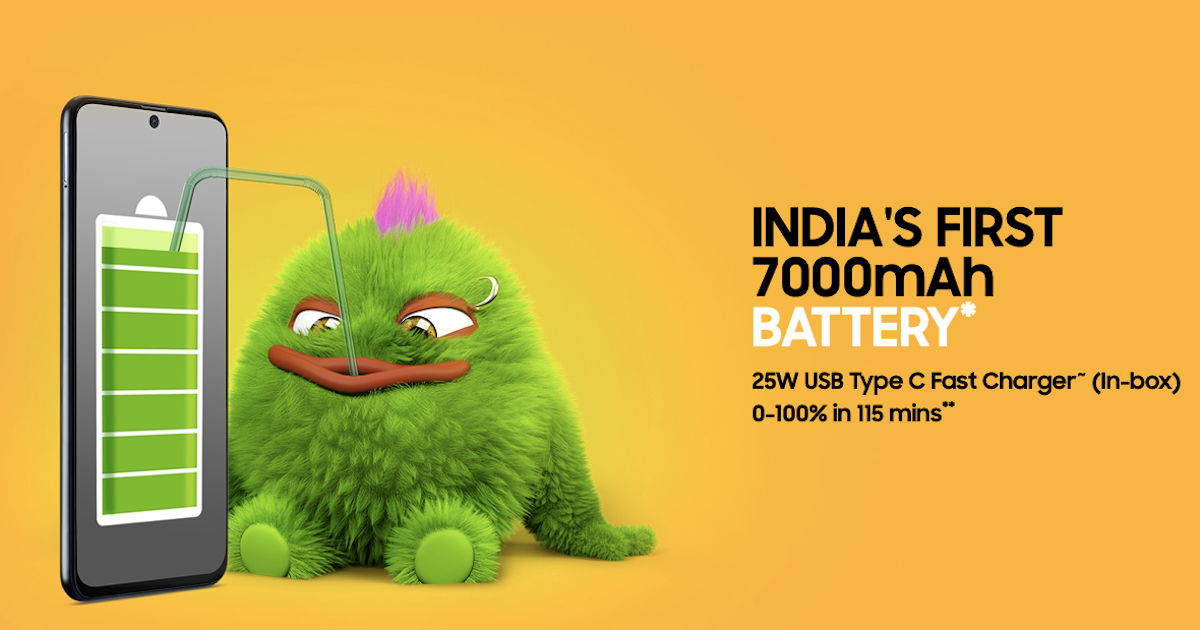 With a monster 7,000mAh cell, Samsung Galaxy M51 has the largest battery capacity of any smartphone in India. A fully charged Galaxy M51 offers a staggering 64 hours of talk time, 24 hours of internet usage, up to 34 hours of video playback time, and an unbeatable 182 hours of music playback time. With normal usage, the Galaxy M51 can easily last you more than two days. With the supplied 25W USB-C fast charger, the Galaxy M51 can charge itself in less than 115 minutes. And if that’s not enough, the phone also supports the reverse charging so that you can use it as a powerbank on-the-go.

OnePlus Nord, on the other hand, ships with a comparatively tiny 4,115mAh battery. With the smaller battery, Nord will run out of juice more than once even as the Galaxy M51 continues to power you through the day. The Galaxy M51, therefore, easily takes this round. This will be the case with any smartphone you pick since no handset comes close to offering battery capacity as higher the latest Samsung smartphone.

The Samsung Galaxy M51 and the OnePlus Nord both feature a quad-camera setup at the rear. While the OnePlus Nord uses a 48MP primary camera with the Sony IMX586 sensor, the Galaxy M51 gets the newer, higher resolution 64MP Sony IMX682 sensor. Clearly, the Samsung Galaxy M51 not only clicks higher resolution images but also has a better sensor. The same story continues with the secondary ultra-wide-angle camera. The Galaxy M51 not only has a higher resolution sensor (12MP), it also has a wider field of view at 123-degrees. OnePlus Nord, in comparison, gets an 8MP ultra-wide-angle camera with a less wide 119-degree field of view. Both the phones are evenly matched when it comes to the depth sensors, featuring a 5MP sensor, but Samsung takes the cake with its 5MP macro camera as the Nord uses a 2MP sensor for its macro camera.

When it comes to the front camera, the Samsung Galaxy M51 and the OnePlus Nord both get a 32MP front-facing camera. The OnePlus Nord also gets an additional 8MP ultra-wide selfie camera. However, Nord lacks the smart functionalities that the Galaxy M51 brings to the table, such as the Smart Selfie Angle. This feature lets the Samsung smartphone automatically switch to an ultra-wide-angle view when it detects more people in the frame. Moreover, you can make selfies truly your own by adding your own custom filters to the photos you shoot from this phone. Clearly, you get more than just a high megapixel-count with the Galaxy M51, which focuses on the user experience instead of just numbers.

Single Take feature has no equivalent 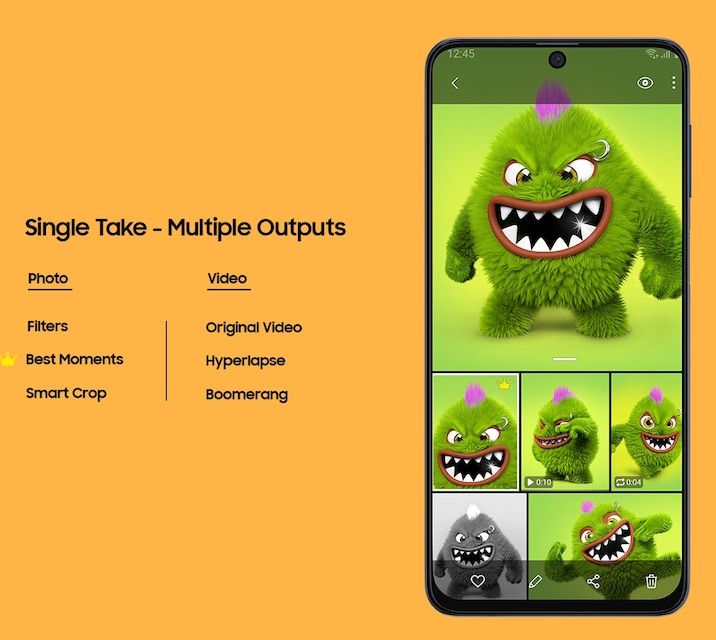 The camera software features of the Samsung Galaxy M51 takes a clear lead over the OnePlus Nord. Take the case of the Single Take feature, which essentially lets users capture multiple versions of the same moment with a single press of the shutter button. On the Galaxy M51, this feature lets users capture up to 10 different outputs (seven photos and three videos) of the same moment with just one click. Galaxy M51 also gives users the option to get these images and videos pre-applied with several filters. What makes the Single Take feature even more powerful is the fact that it is available for both the front and rear cameras on the Galaxy M51. The OnePlus Nord, or any other smartphone, doesn’t have an equivalent feature to talk of. 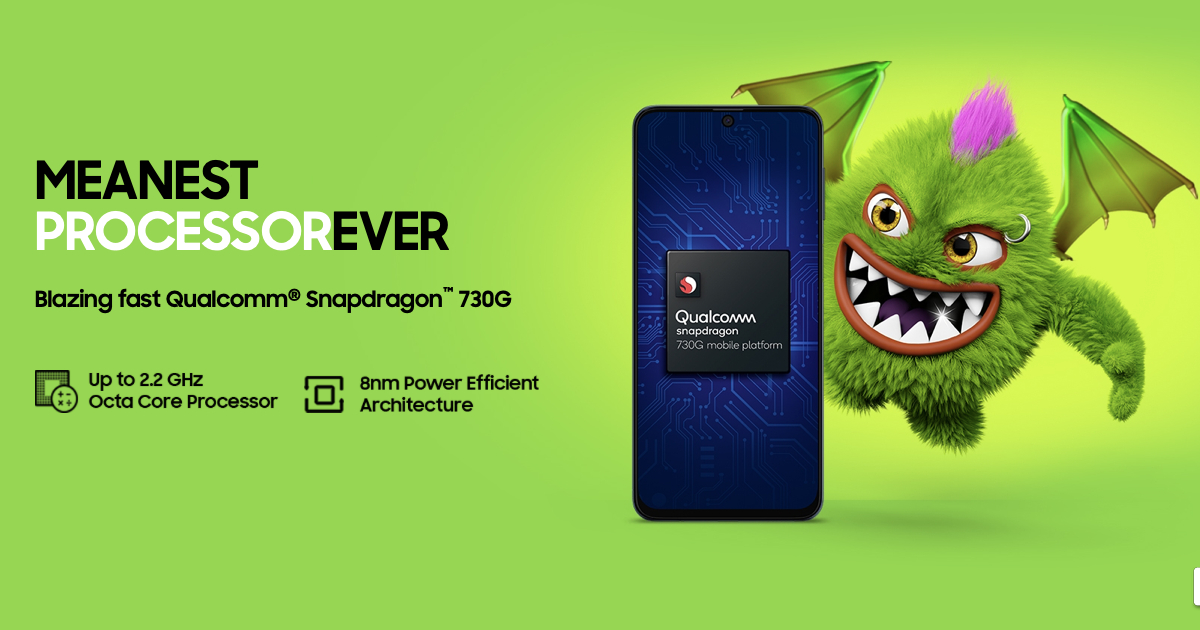 Both the smartphones in this comparison get Qualcomm Snapdragon processors. The OnePlus Nord gets the 5G-enabled Snapdragon 765G chipset while the Galaxy M51 gets the gaming-focussed Qualcomm Snapdragon 730G chipset. Both these chipsets offer similar levels of performance, and the difference between the two is hardly noticeable to users in day-to-day tasks. While the OnePlus Nord gets 5G support, there is still a lot of time before India even lays the groundwork for 5G networks, so this feature won’t be of much use to users for more than a year at least. While both the processors are efficient, the larger battery and optimised software on the Galaxy M51 make it an even more potent offering.

The awesome 3.5mm jack is here to stay

There are several features that make the Samsung Galaxy M51 a true multimedia powerhouse. The large display, the huge battery, and the fact that it supports several wireless audio protocols make it a great choice for consuming content. What makes the Galaxy M51 truly special, however, is the fact that it has not ditched the good old 3.5mm audio jack in favour of a USB Type-C headphone. This means you can not only charge your phone while listening to music through your headphones; you can actually use your high quality, expensive legacy headphones with the Samsung Galaxy M51. The 3.5mm jack will also be useful for folks who do not own wireless headsets. With the OnePlus Nord, you’re either stuck with the limited array of USB Type-C compatible headsets or be dependent completely on wireless headsets. 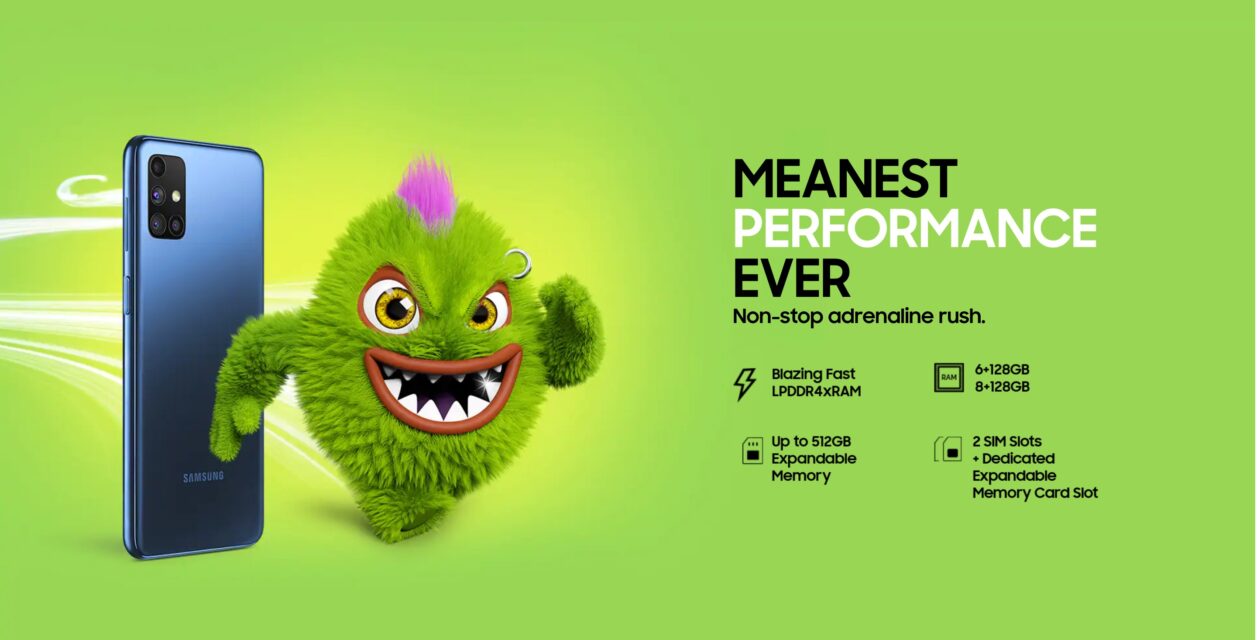 The Samsung Galaxy M51 and the OnePlus Nord both feature Super AMOLED displays, but there are slight differences between them. For one, the Samsung device uses the superior Super AMOLED Plus panel as opposed to the Super AMOLED panel of the Nord, which translates a better visual experience when you read, watch videos, or play games. Another key difference is the difference in display sizes. At 6.7-inches, the display on the Galaxy M51 is considerably larger than the 6.5-inch panel on the OnePlus Nord, making it a better choice for your Netflix binges.

Some smartphones, including the OnePlus Nord, have attempted to make a comeback in the display department with a higher 90Hz refresh rate. However, more than a year after 90Hz displays became mainstream, very few apps support this feature. This translates into little to no advantage in the day-to-day user experience. Moreover, the advantages of having a high refresh rate display are overshadowed by the quicker battery drain, which leads to poor battery life. And this doesn’t look good for a smartphone that is already miles behind the Galaxy M51 when it comes to sheer battery performance.

Clearly there are several reasons that make the Samsung Galaxy M51 a compelling purchase over smartphones like OnePlus Nord. Not only does the former feature a larger battery and a bigger and better display, it is also packed to the hilt with much better camera features. If that wasn’t all, the base variant of the phone also offers double the storage that the OnePlus model offers for a similar price tag. The Galaxy M51 also supports features like storage expansion and 3.5mm audio jack, which can make or break the user experience in a market like India. Add to the mix the fact that Samsung is a more established player in the smartphones segment with a higher market share and a wider service network, there is little doubt in our mind about the Samsung Galaxy M51 being the best choice in the market.

Samsung Galaxy M51 sale in India started on September 18th via Amazon.in and Samsung.com. You can choose the smartphone in two variants: a 6GB + GB variant priced for Rs 24,999 and an 8GB +128GB variant that costs Rs 26,999. So, don’t wait anymore and go online to make the most power-packed device of 2020 your next smartphone!